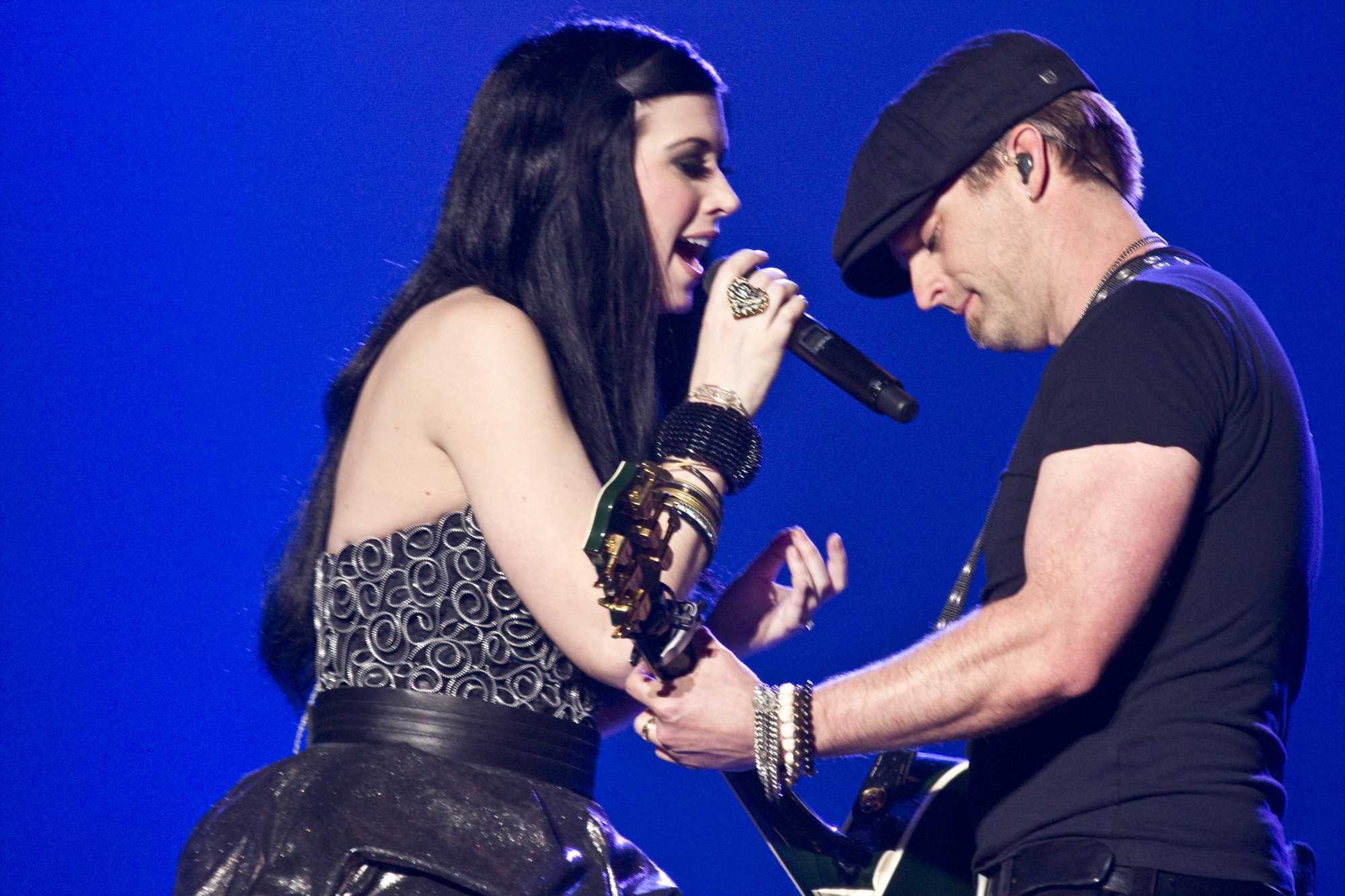 Country music’s newest sensations, Thompson Square, are the married duo of singers Keifer and Shawna Thompson. Their self-titled debut album released in 2011 was the No. 1 Most Played Record of 2011 (according to Mediabase), has won three American Country Awards, scored two Grammy nominations and sold over 1.5 million digital singles of the mega-hit “Are You Gonna Kiss Me Or Not.” Thompson Square is nominated for American Country Music’s Top Country Duo of the Year – an award taken home by Sugarland the last two years. Hours before taking the stage at Sacramento’s Power Balance Pavilion on March 29, Keifer Thompson spoke with The Current’s Mark Lewis about life on the road touring with his sweetheart, their fans and what lies ahead for Thompson Square. Click here for the full review.

The Current: Thank you for taking the time to speak to The Current we really appreciate it.

Thompson Square: No problem happy to be talking to you.

With the tour having been kicked-off more than two months ago, how are you both holding up?

Perfect. This is our home. It’s really our life man and we love it.

After just coming from playing shows Los Angeles and San Jose, do you see a difference between your fans here in California – a state not necessarily known for embracing country music – and your fans in other states like Oklahoma or Tennessee?

Well the thing about country music is that there’s a common denominator about it no matter where you’re at. We just spent a few days up in Canada and they’re absolutely crazy about it. You can tell some places where you’re played a little bit more than in other places. In places like New York or Los Angeles you don’t see a lot of people living the country lifestyle there but they’re still listening to country music.

Yeah I’d definitely agree. She and I have been married for almost 13 years and we’ve faced all the failures and heartache together so I mean there’s definitely a genuine intimacy together when we’re playing and I think that comes through every night.

Was there a reason behind recently releasing “Glass,” a ballad, as you’re fourth single instead of a different, more upbeat romance-driven track off of the album?

The thing with ballads is… historically speaking some of the biggest songs have been ballads. Without ballads you honestly never really have a break. Our first two singles were up tempo and mid-tempo but without ballads you don’t get a break during while performing. These days you have to have ballads on the radio. This is the song we wanted to use to introduce Shawna’s voice a little bit more to the public. The first single was me and the second was kind of 50/50. We just felt it was really important to get her vocals out there. We heard this song man and it really struck a chord with us and it’s really hitting home with the fans right now. Radio’s really showing a lot of love and support for it. It’s just cool man. Obviously in your live show you don’t want to have a ton of ballads and very few up tempo songs because that just makes for a long, boring night. That’s just our own decision. Ballads make you feel a certain way – they invoke emotion and a lot of other things that up tempo songs just can’t do. So that’s why we released “Glass.” We wanted to show more of a depth to Thompson Square than just “Kiss Me.”

Will this be the final single off of “Thompson Square?”

No man we’ve got one more after this one. I hate… I actually quit buying records a while ago because I’d buy a record because I liked a song and the rest of the album was all favors and filler and just not very well thought-through. So we really tried to put together a collection of songs that could all be released to radio. We want people to buy our record and enjoy the whole thing and not just one song.

What are Thompson Square’s post-tour plans?

We’re going to be touring on our own into December. Yeah we do a lot of shows. We did 290 shows last year and we’ll do probably about 200 this year.

Yeah we’re busy. You just gotta do it man. We’ve been dreaming about this our whole life. So when you get the chance to live out your dreams – why wouldn’t you do it?

How important are your fans to accomplishing your dreams?

If it wasn’t for the fans then we wouldn’t have music. We do it all for the fans. They give us so much love back and it just makes you want to do it more and more and more. You just kind of spread your brand around and the crowds just keep getting bigger and bigger.

Congratulations on your recent nomination for the Academy of Country Music’s Top Vocal Duo of the Year Award. Do either of you get nervous when you’re on the red carpet without your guitars and microphones?

I don’t think its nerves. More so it’s really a mix of anxiety and happiness. It’s definitely cool to finally be recognized by your peers for your work and everything – it’s a really special feeling and we’re fortunate to be where we’re at.

Are you able to enjoy yourselves at the awards shows?

We have fun at every one of them. I mean [Laughs] it totally beats diggin’ ditches man!

Do you prepare acceptance speeches in advance or do you just kind of wing it when Thompson Square gets called to the stage?

No [Laughs] but I like the way you talk. No we’ve really never done that. It’s more fun for us with the spontaneity and expressing how you’re feeling at the moment. The pure emotion of the present time that you’re in – that’s what makes it so cool.

Well best of luck to you both going forward.

Thank you very much. Thanks for your time.

On April 1, Thompson Square were awarded the Academy of Country Music’s 2011 “Vocal Duo of the Year” during a live broadcast of the Reba McIntyre/Blake Shelton-hosted awards show that aired on CBS. “It’s been a long, long road,” Keifer told the crowd. “It’s hard to talk when you’re crying,” an overcome Keifer continued ending with “This is one of the greatest nights of our lives.”

Trapt’s rock not enough to set you free

Be the first to comment on "Thompson Square’s Keifer Thompson opens up about touring, trophies and diggin’ ditches"