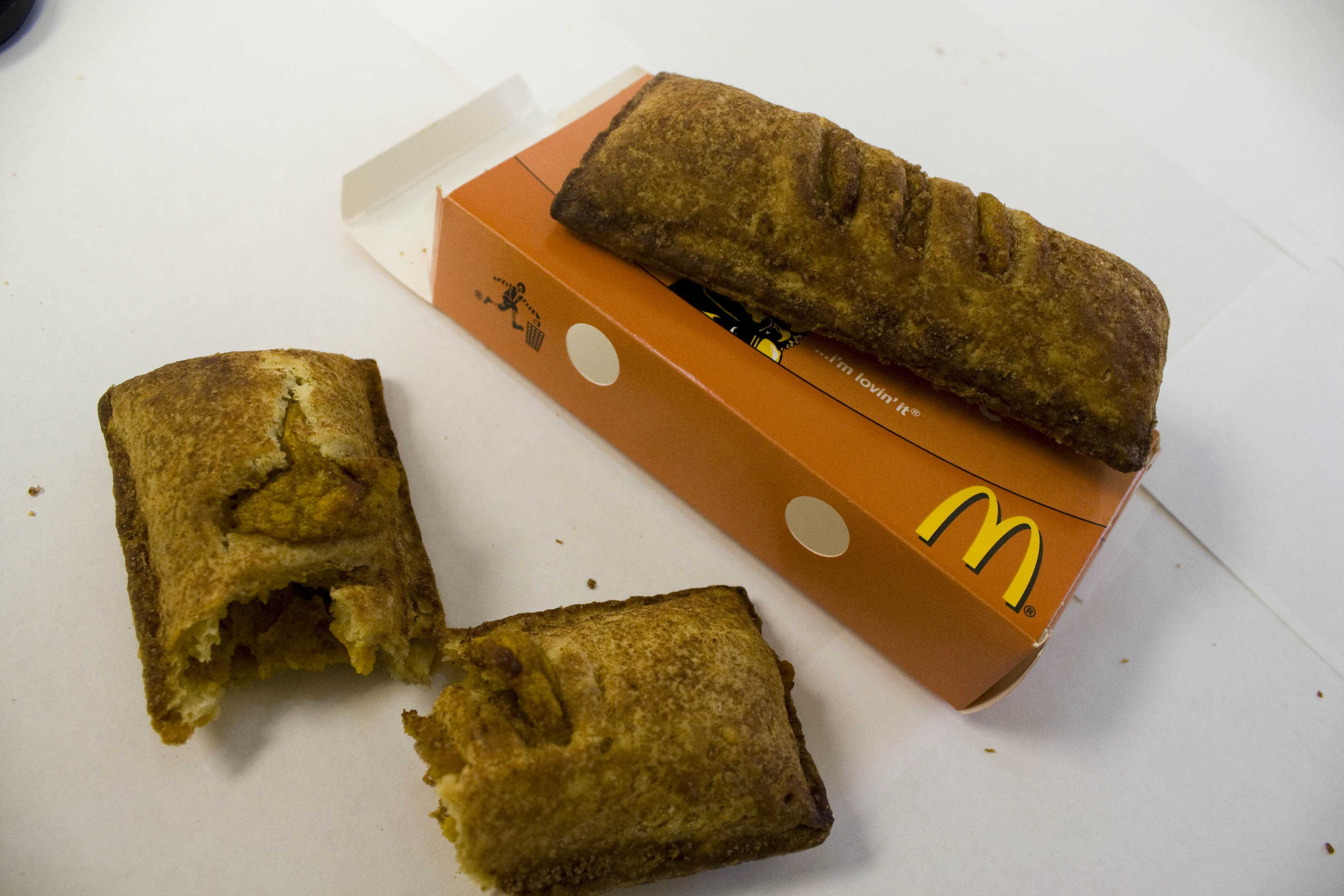 The holiday season is upon us and the fast food chains are gearing up and giving us a little pumpkin flavor twist on their best desserts. McDonalds features a new pumpkin pie, while Jack in the Box offers their annual pumpkin shake. Against the advice of Weight Watchers, I reviewed both of them.

Pumpkin Pie
McDonalds has a little surprise going on to supplement its famous apple pies. For a limited time only, you can swing by and pick up two seasonally themed pumpkin pies for the price of one dollar. The pies look just like the classic apple turnovers on the outside, but are filled with warm pumpkin filling. If you don’t have time to bake your own or buy one at your local store, these pies will satisfy your holiday pumpkin cravings.

Pumpkin Shake
Jack in the Box brings the pumpkin ice cream shake back every year and I have been waiting for them.  Made from vanilla ice cream and pumpkin syrup, it is as delicious as it sounds, especially if you have the pumpkin sweet tooth. However it’s as horrible for you as it is tasty, as the regular 16-ounce shake has about 40 grams of fat and carbs. If you really want to indulge, they also offer a large 24-ounce size with 54 grams of fat and a ridiculous 139 carbs. This shake makes it easy to pack on those holiday pounds and is available for a limited time only.

Be the first to comment on "Fast food fall favorites"