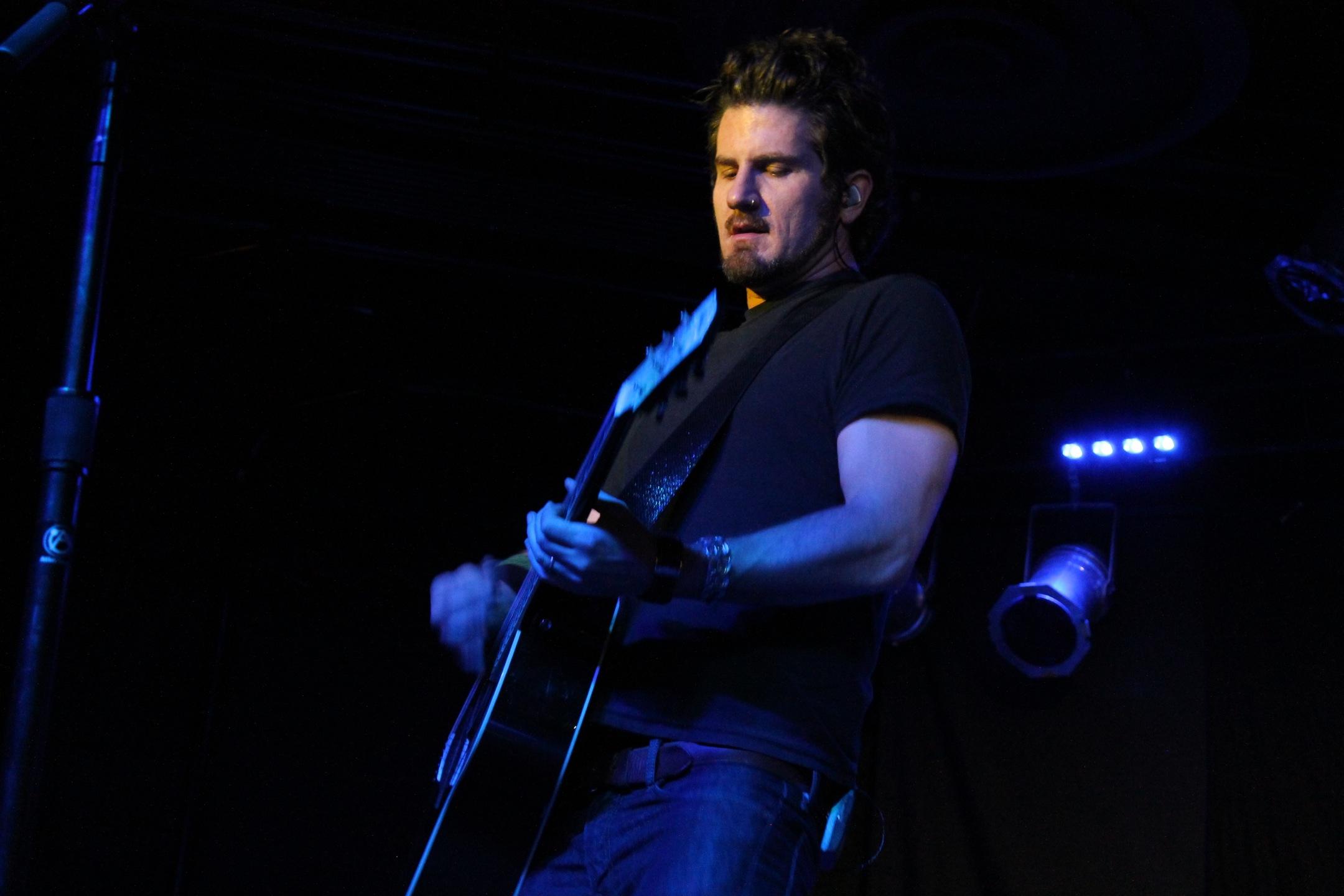 Sacramento’s Ace of Spades club was enlivened on Oct. 28 by a singer-songwriter probably best known for his cover of James’ “Laid” that was featured on the “American Wedding” movie soundtrack a few years back.

I can best describe Matt Nathanson, an undeniably likable entertainer, as a Bono/John Mayer/Adam Levine hybrid, sans the aging, womanizing and inflated ego.
Nathanson brought his “All Night Noise Tour” to a packed audience performing relatively unknown material from his latest studio album “Modern Love.” Call it a “cheap trick,” but Nathanson brilliantly managed to weave numerous covers into his performance that kept the venue abuzz.

The singer-guitarist moved with an actual “Swagger Like Mick Jagger” during the show opener “Mercy,” and he didn’t need to solicit the help of Christina Aguilera.

If Nathanson were to have the catalogue of hits compiled by Adam Levine and Maroon 5 (whom he opened for during their summer tour), there would be no question what the bigger draw would be.
The 110-minute performance by Nathanson was more of an eclectic mix of wry wit, impromptu comedy bits, anecdotes and good, old-fashioned rock ‘n’ roll.

With the Ace of Spades set to host the rock band Tesla for a two-night stint in early December, Nathanson decided to pay homage to the band’s “hair-metal phase that lasted from 1986 to 1987.”
Introducing the folksy “Laid,” he instructed his supporting band to follow along as he screamed “Anybody wanna get laid tonight? Sacramento you deserve this! So what’s up Sacramento? Does anybody out there wanna get LAID tonight?” The crowd applauded with a sexually tinged vigor.

A great song off of this new album, “Queen of (K)nots,” was prefaced with Nathanson’s dedication to “those of us who have dated evil people. (It’s like) lying in bed with someone and being awakened by a devil’s tail in the middle of the night.”

Exuding unabashed wit, Nathanson even described the water bottle bearing his name (and conveniently sold at the merchandise table) as a “John Mayer move.”

Apparently, he has had problems in the past with audience members taking his water bottles after his shows and now “I’m the guy with a water bottle with my name on it at Chipotle like a douche!”

Nathanson introduced “Kept,” a mid-tempo song; by questioning whether anyone in the audience has ever dated someone who their friends had told them was a “douche bag” (I was too busy writing at the time to raise my hand!).

Hands went up evoking the following response from Nathanson: “Imagine there was a burning building up ahead and your friends started to run into it. You obviously tell them to stay away but they enter the building anyway because they are cold.”

Intermingled with Nathanson’s current chart-topper “Faster” were full-length covers of Cee Lo Green’s “F*** You,” Cheap Trick’s “I Want You To Want Me” and Soft Cell’s “Tainted Love.”

The “All Night Noise Tour” did quiet down for a brief repose when Nathanson performed both “Bare” and “Sing Me Sweet” acoustically letting his Bono-esque vocals infuse his songs.
By far the most provocative moment of the entire show came when Nathanson half-dedicated “Bottom of the Sea” to those “Disney perverts” who he claims purposefully inserts sexually-illicit imagery and lyrics into their cartoons.

The Disney classic “Under the Sea” from the movie “The Little Mermaid” boasts lyrics that claim it’s always “better when it’s wetter under the sea.” The movie featured clams singing the song – I’ll leave it at that.

In closing, Nathanson sang “Wedding Dress” causing every woman in the audience (wait… the audience was pretty much all women!) to envision that elaborately stitched, white garment they all hope to wear one day.

The Fray talks to arcurrent.com in advance of Feb. 20 tour stop