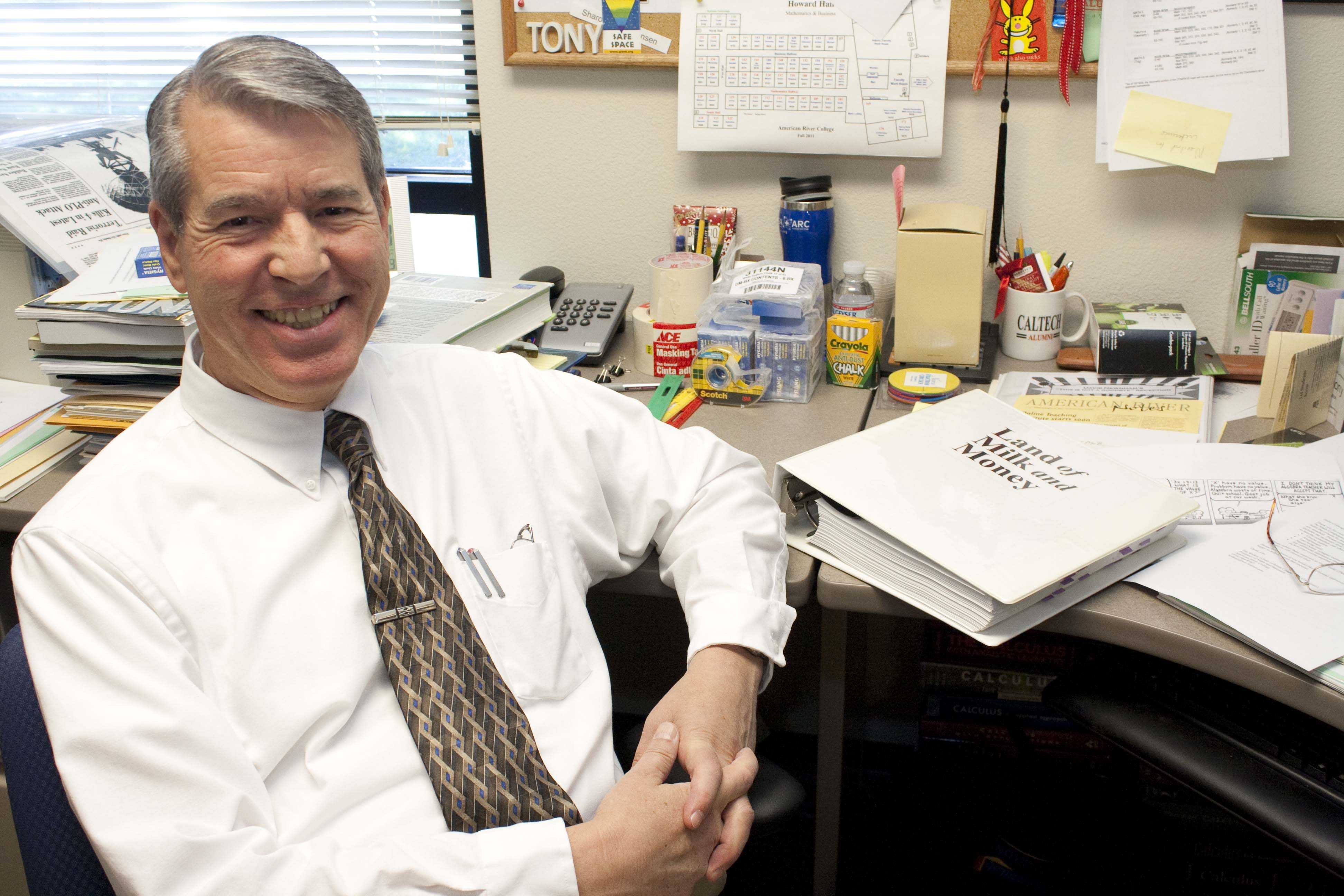 American River College math professor Anthony Barcellos sits with his book "Land of Milk and Money," which details his Portuguese family’s feud over who inherited the lucrative family milk farm in the 1980s. Photo by Bryce Fraser

It began with a thought, which evolved into an idea, which became a book, titled “Land of Milk and Money,” written by Anthony Barcellos, an American River College math professor of 24 years. The book, which details his Portuguese family’s feud over who inherited the lucrative family milk farm in the 1980s, is currently being edited, and hits shelves in fall 2012.

CURRENT: Where did the idea for your story come?

BARCELLOS: There are many family stories from over the years that get recounted whenever we have a new member join the family. And afterwards my sister [would] say, “You know, Anthony, we should have this written down somewhere, but it would have to be fiction because no one would believe it really happened.” It occurred to me that she was right and that there was a story here.

How did you go about writing your story?

I thought about it for years. I actually started to try to outline it a few years ago and just stopped because it wasn’t the right time. And then two years ago, in the summer of 2009, I had nothing to do. So I wrote my novel in August. In three weeks I wrote 110,000 words. It was like 5,500 words a day.

What is your story about?

It’s based on a true story, which usually means a pack of lies. It’s actually about the big transition when my grandmother died and the family had a huge fight over who should control the family dairy farm, who should operate it. We had this big soap opera going on in the 80s with people turning on each other, and trying to out-maneuver each other.  And the funniest part was when you have people who think they’re clever and they weren’t; bizarre things happened.

Your story has an unusual structure to it where each chapter takes place in seemingly random time periods. Why frame it that way?

It’s a common story-telling technique when recounting stories to family members. A story is told and then someone says, “That reminds me about that time when…” and another story is linked to that one and so on.

What were the steps to getting your story published?

I sent manuscript samples to a couple of agents and didn’t get anywhere. I discovered that the University of Massachusetts had a publication series called “Portuguese in the Americas.”  I’m of Portuguese descent and the story is about a Portuguese family. The reason my story got published is because my novel fit like a key in a lock; it perfectly matched. And that’s super lucky for me, because the last couple of years have been terrible for fiction writers.

What advice would you give to aspiring writers who want to get published?

Writing is less predictable than most people think it is. You know how you’re going to do the story, but then you get surprised. Things happen and you say, “Oh I hadn’t thought of that… how am I going to treat that?” But apart from it not being as predictable as you might think, you still need to have an overall plan. What is it you still want to do? What message do you have?

When will your story be published?

Fall of 2012. You’ll be able to find it at Barnes & Noble when it comes out, I specifically asked!

‘Wolf Gift’ devoid of any bite

Internet fame not unlike real fame

Be the first to comment on "Math prof. writes about feuding family"