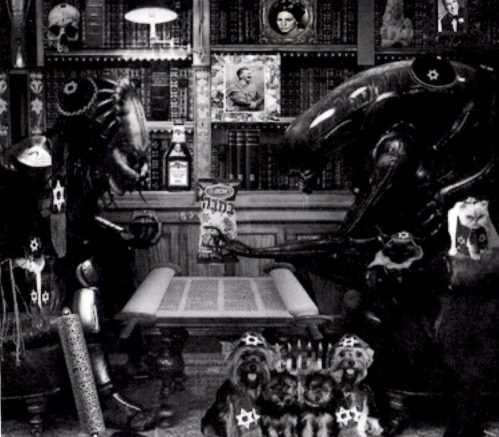 Hakem Burns a.k.a. NStinct, told the Current he bought his cover art for his mixtape, “DMIII,” from an 80-year-old homeless man. Burns says he selected the art because he believes it will make people think. (Photo courtesy of Hakem Burns)

If you thought the California Family Fitness representatives and several different religious booths heckling you to join their organizations around campus were bad, you have yet to run into American River College’s finest freelance artists trying to make a name for themselves.

There have been an abundance of these salespeople this and last semester in the quad between the Student Center and library, or should I call them rappers?

These want-to-be successful musicians stop you on the way to class in order to sell their mixtape. The most frustrating thing about this transaction is that their music isn’t bad, but I cannot say the same regarding their advertising campaign.

If there was a club, or a class on campus that could teach these brave entrepreneurs different ways to get discovered or on some other platform than in between buildings on a college campus, I think they could travel leaps and bounds in their music careers.

I believe that they could be more successful if they quit harassing the student population.

These types will either extend the CD out to you, or place it in your hand if it is easily accessible. Once you bite, they reel you in.

Then they refuse to let go of their product until they have held on long enough to get your full attention.

By the time you have taken an earbud or two out they have started their spiel, and it’s all the same: they claim they have these fire tracks and would love for you to support and listen.

If you try to be polite and agree to, then they drop the other shoe and reveal they will simply give you the CD—for a small donation of $20.

At this point, you have to make a decision. You are already this far into the transaction, why not see if there’s any talent? Or did this character just waste 30 seconds of your time?

Out of curiosity, I got my hands on one of the CDs that one gentleman was selling last semester.

I listened to the first half of the 15-track album on my way to school last week and I can honestly say that the music’s not bad.

The album, titled “DMIII,” by the East Bay rapper NStinct, has beats and composition similar to that of Mac Dre with a flow very similar to Jay-Z. His lyrics include anecdotes about family and aiming for success in hip-hop. He raps, “a brother just trying to get it right, trying to get in my vibes one time.”

Jay-Z albums in CD format go from $7 to $15 dollars on Amazon, with shipping, still almost $10 cheaper than ARC’s own.

Jay-Z sells better music for a significantly lower price, and he isn’t harassing college students to do so.

As a working college student, I can confirm there are less hostile ways to make money.

I hear Chipotle is hiring.

Alex Muegge is a second year journalism major at American River College. This is his first semester on the Current. After this semester, Muegge plans to transfer to California State University, Sacramento and ultimately work in public relations. He also enjoys performing and watching theater and has been in two shows in the Los Rios Community College District.