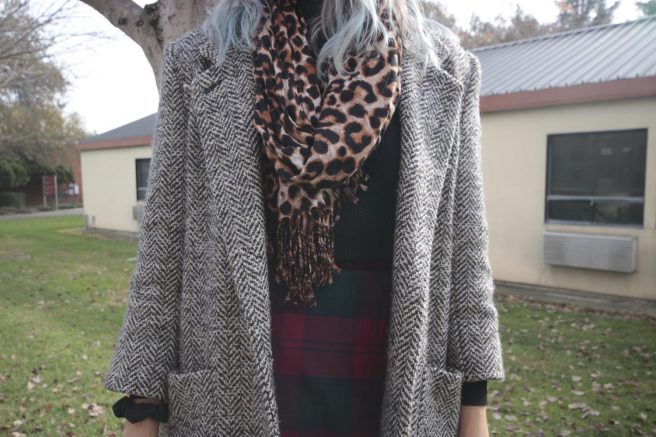 In the 1950’s, the fashion industry was purposeful and intentional. The clothing was well-made, expensive and well-taken care of. People cherished their clothing and its creation, and the goal was to make the clothing last as long as possible.

In recent years, a concept has developed called “fast fashion,” or the rapid mass production of cheap clothing. Although the amount of clothing in stores has significantly increased and given more in-store choices, the prices and quality have tanked. Retailers such as Forever 21, H&M and Cotton On are all examples of this tragedy.

The fashion industry is no longer sticking to the four seasons cycle, but has created 52 seasons, one for every week of the year. Although the prices are cheap, this comes with massive environmental costs.

Shoppers scour stores for the next “on-trend” thing, creating a consumer culture of instant gratification and never feeling satisfied, tossing “last season” garments aside like trash, only to clog landfills, waste resources and increase pollution levels.

Clothing should not be created just to become garbage. One person’s trash may be another’s treasure. When it comes to fashion there are three important things to consider: Steward what you already have, thrift and donate. These practices will allow you to feel better about saving money, what’s in your closet and creating a healthier environment.

The biggest consideration is to start buying second-hand instead of new. Buying second-hand or donating to thrift or consignment stores can really help the environment. The fashion industry is loaded with irresponsible practices. Although we can’t stop the production of clothing, making the switch to thrifting will allow you to stop contributing to the damage.

Thrifting and donating keeps toxic clothing from sitting in landfills for years on end. According to a 2019 University of California, Berkeley article, by Student Environmental Resource Center (SERC) author Leonela Leon, Americans alone throw out 10.5 million tons of clothing every year. The article also stated the fast fashion movement is causing consumers to buy four times as much clothing, yet spend 17% less than in the past, because cheap clothing starts to fall apart or go out of style quickly. Thrifting keeps landfills clear and decreases the worldwide textile demand.

Buying second-hand also means less pollution. Did you know there may be pesticides in the very clothing you are wearing right now?

UC Berkeley researchers also found that about 90% of the cotton that is grown for textiles is genetically modified and reliant on pesticides. That means the clothing you’re wearing could be full of toxic chemicals, and if you throw your garment out, those chemicals would play a part in contaminating water supplies and soil.

In addition, the production of synthetic fabrics used in most mass produced clothing releases nitrous oxide, a greenhouse gas that is 310 times stronger than carbon dioxide, into the environment, according to researchers.

If you start thrifting, you are also preventing large amounts of resources from being used and wasted. On average, one piece of clothing takes 1,800 gallons of water to make and emits greenhouse gases equivalent to driving for 80 miles in a car, according to UC Berkeley researchers. That is a ridiculous waste of water and energy that could be avoided by the simple act of thrifting.

I know there are definite downsides to thrifting — you could spend hours looking for a specific thing and never find it, you could be worried about the previous owners or the way the store has handled the clothing. Personally, I think thrift stores are doing their best to provide quality clothing, although used. In the end, the environmental benefits are worth it.

Thrift stores such as Crossroads Trading Co. and Freestyle Clothing Exchange, although slightly pricier, offer you more stylish, name-brand options that are almost as good as buying new. They also give you the option to sell or exchange your own used clothes.

I encourage you to hop on the thrifting bandwagon. I’ve been doing it for years, and I’ve came upon some amazing finds that will continue to stay in my closet. Who knows, you may catch the thrifting bug like me. Give it a try and the environment will thank you later.

Be the first to comment on "Your bank account wants you to thrift, so does the planet"