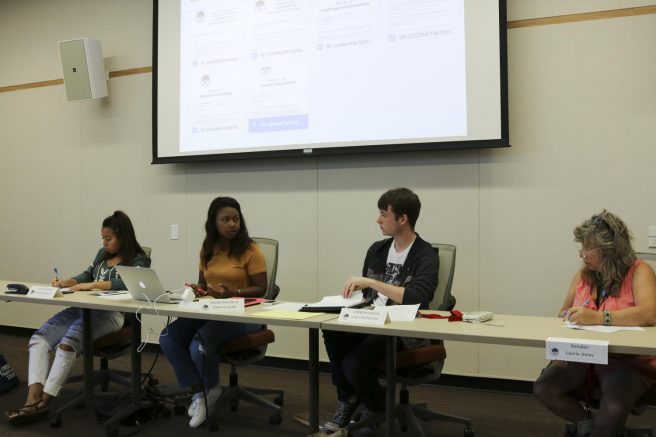 As you may or may not know, Associated Student Body elections were held this week.

The vacancies for both Student Senate and the Clubs and Events Board are numerous.

Without these positions filled, students at American River College do not have adequate representation.

Currently, there are only two candidates for Student Senate vice president, one for senator, one for CAEB president and one for commissioner of finance.

I’m not sure what the difference is between a director of finance and a commissioner of finance or if that’s just a typo, but either way, it doesn’t make much of a difference because even when ASB fills those seats, CAEB still won’t function as it’s intended to.

If they have meetings, it will just be the President of CAEB, one finance officer, probably an adviser and myself reporting for The Current. I imagine that’ll get awkward pretty fast.

As it is, Student Senate isn’t meeting its mandate to represent you as a student and there isn’t anyone on CAEB to meet that mandate.

“These students are bringing up these issues, you are representing these students. They elected you to advocate for them, and so if we are not writing these bills or resolutions, we’re not meeting our mandate,” Blanco said.

If anything is to change, most or all of Student Senate and CAEB’s seats need to be filled by student representatives who will advocate for their constituencies and write bills to be voted on and implemented.

So please, run for office if you’re a student who wants change on campus. It’s too late to run in the current election, but you can still be voted into position by Student Senate or CAEB in the middle of the semester if you meet with them.

Last semester there were more than a few appointments that didn’t involve the official election and each one brought something unique to the table. That’s the only way Student Senate and CAEB are going to manage to fill its ranks.

In times like these where the United States barely has a functional executive branch, it’s up to us as the younger generation to provide some kind of leadership where the older generation has failed.

After Donald Trump became president and the status and safety of our Muslim, immigrant and LGBTQ students was put into question, Scott made it clear that as our representatives, they will always be here for us and they share our concerns.

I remember thinking at the time how much better off this country would be if we had Scott, Hilbert and Nicholson running the White House instead of the current administration. I still feel that way.

ASB wasn’t perfect last semester, but it had a solid, visible leadership structure that represented the interests of the student body in a way that I just don’t see now.

If you care about what happens on this campus, I implore you to vote in this election, show up to ASB meetings and hold those elected to represent accountable for their decisions.