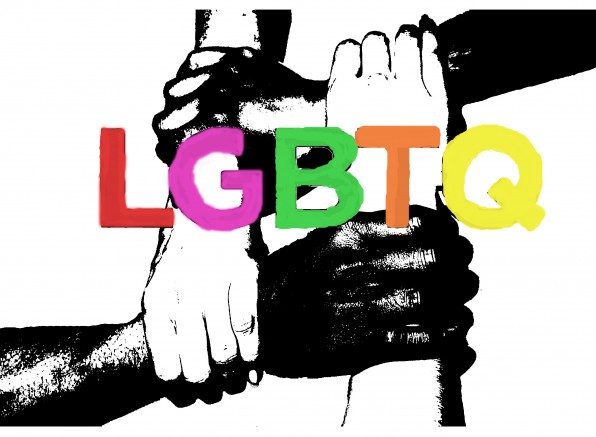 American River College hasn't had the best history with LGBTQ issues, but it's become a more progressive and inclusive campus with time. (Illustration by Allante Morris)

American River College has come a long way since 2008, when the student government endorsed the ‘Yes’ vote on Prop 8.

The ARC student government was filled with very conservative people.

The student government, as campus leaders, did not have the right to endorse a vote on Prop 8 and have their ideals and beliefs pushed onto the student body.

Every single person has their own beliefs, and having some type of “government” tell you what to think and believe doesn’t seem right.

Religious freedom means that you have the right to believe what you want, but that doesn’t mean religious rights triumph human rights.

An eight minutes of silence rally was held at ARC in 2008 to honor all of the LGBTQ people who were affected.  About 150 people came out to join the rally in the Rose Marks quad to support the community.

For eight minutes, the LGBTQ community stood in silence holding up signs while other people were yelling and making noise trying to break their silence.

They were fighting in that moment and standing up for who they are, who they were born as and showing others that no one can stand in their way.

Your are born the way you are, and no one can change that. Don’t live to please others, please yourself ‒ at some point you have to be selfish for you.

If you are a woman in love with another woman, then love her. No one is stopping you.

If you were born male but you identify as a woman and want to present as a woman because it feels right, then dress up.  Put a dress on and strut your stuff.

Times are different now, and people in the LGBTQ community are being accepted more.

People are coming out and more people are understanding and learning about the community.

Now in 2016, students can put their preferred name on rosters and there are talks of creating a Pride Center in the future at ARC.

Students at ARC that need someone to talk to or are having problems can go to professors that have a rainbow sticker on their door. These professors are trained to help students of the LGBTQ community.

ARC’s queer-straight alliance, the Fierce Club, meets every Thursday at noon in the Diversity Center, located in the Student Center.

Students can be supportive in class for other classmates. If anything is going on and certain students are being put down, stand up for them or tell the professor.

Progress had been made at ARC, but there is still a lot more room to grow.

1 Comment on "Opinion: ARC is more LGBTQ friendly than it used to be"