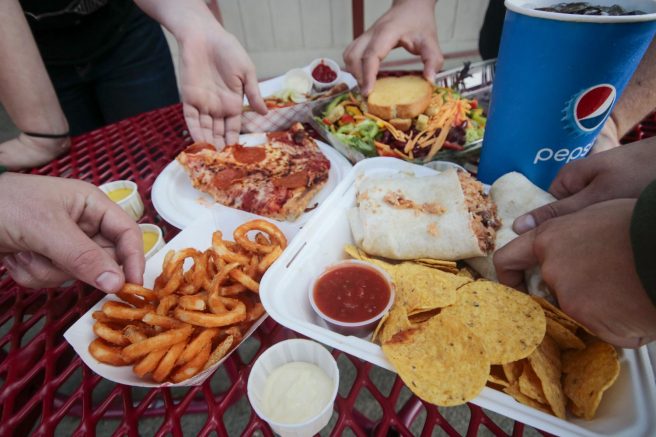 Aramark’s contract with Los Rios Community College District will either be reinstated or removed in June 2020. Many students say they are concerned, as they do not want the contract reinstated. (file photo)

Students and faculty held focus groups last semester at all the campuses within the Los Rios district to determine what the biggest concerns were with Aramark and other potential food service providers. Aramark’s contract with LRCCD will either be reinstated or removed in June of this year, according to Mario Rodriguez, vice chancellor of finance and administration for LRCCD.

Many students say they are concerned, as they do not want the contract reinstated.

Ramses Galvez, Associated Student Body senator and chairman of the ASB Ad Hoc Aramark Committee, said he feels the student voice on this issue has been heard but that the district isn’t trying to stop Aramark from taking the contract again.

“I would prefer to not have Aramark at all, like most of the students in the district would prefer, too,” Galvez said, “But if Aramark does take [the contract] again we want to see the changes we’ve been fighting for – better prices, good quality of food, not having restrictions for clubs on campus to sell food.”

Several other companies have expressed interest in submitting proposals to the district, however, state law prohibits them from sharing information about the specific companies who have submitted bids, according to Rodriguez.

“We continue to actively reach out to other potential bidders and we are hopeful for a diverse set of options to choose from,” Rodriguez said in an email to the Current.

Rodriguez included information on the most common concerns expressed across the district about the future of on-campus food service, the biggest of which being fair pricing and addressing food insecurities by allowing the use of Electronic Benefit Transfer and food vouchers.

“Our primary focus is on bringing in the partner that best meets the needs of our students, faculty and staff relative to the priority areas outlined in the feedback sessions we’ve held to date,” Rodriguez said.

No future focus groups will be held, however, Rodriguez said that changes have already been made to the existing food service contract based on the information gathered from students and faculty across the district.

Rodriguez said that while the district staff involved will be taking many factors into consideration before deciding, it is too soon to say who the new food service provider will be and what the details of that partnership will entail.

Maria Elena Sepulveda, a sociology major at ARC and member of the Aramark committee, said she and other members of the committee are waiting for an update from the district about the status of Aramark’s contract. She disagreed with Galvez and said that she feels the district did not hear the concerns of its students.

“I feel our voice has been muted so the district can look accountable,” Sepulveda said.

Sepulveda, as well as other members of the Aramark committee, have decided not to continue trying to block Aramark from taking the district contract again, and instead, are working towards changing policies within the contract.

The Aramark Committee will no longer be able to meet in person due to the “coronavirus” that caused the campus to shut down, however, the district will continue to review any feedback received on this topic and students can share their thoughts and concerns by emailing [email protected]