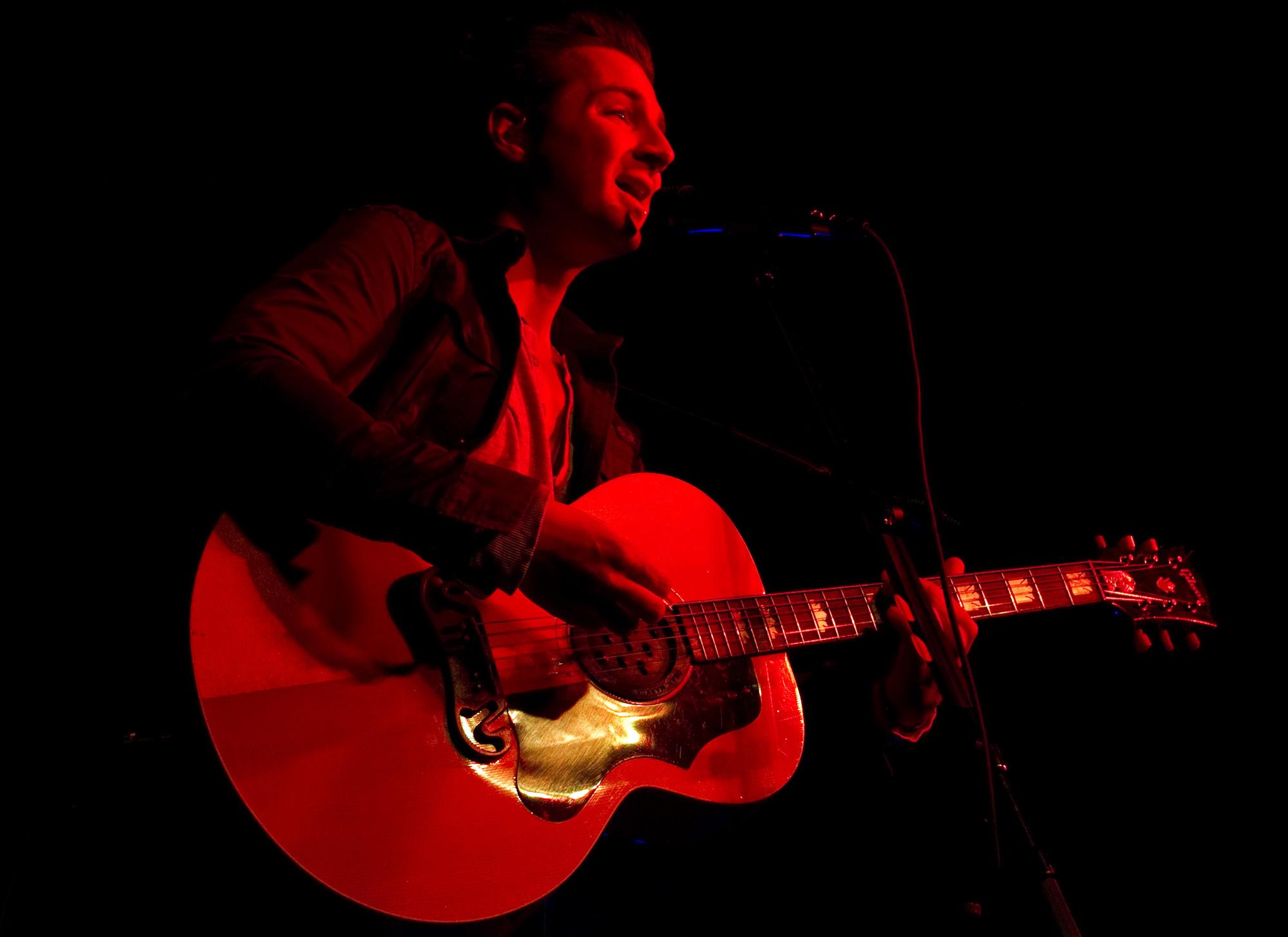 John Vesely, better known as the one-man band Secondhand Serenade, performed a captivating nine-song set to a packed crowd of “emo-ites” at Sacramento’s Ace of Spades club on March 19, 2012.

The charismatic Bay Area native, who was raised and still lives in Menlo Park, Calif. (a small city situated between Palo Alto and our mutual birthplace of Redwood City), began his opening stint for YouTube sensation Boyce Avenue by emphatically asking, “What’s up neighbors?” before launching into set-opener “Vulnerable” – the sole single off of his first studio album, 2007’s “Awake.”

Vesely is a lot of things, but insincere he is most certainly not.

“I’m here to sing about things that matter,” said Vesely before he launched into “Maybe” – a song off of his debut album, which he would admit to the already-fawning crowd “I did by myself… No, actually I did it with you. So thank you!”

Vesely, the spawn of a family of musicians, began his musical career at the age of 12 by spending eight consecutive years playing bass guitar in a variety of Bay Area acts spanning genres that included ska, rock and pop.

Keeping abreast of current trends in music is certainly a strong suit for Vesely, who ended his heart-breaking ballad “Broken” by transitioning it into the final couple stanzas from nation’s current number one song “Tonight (We Are Young)” by up-and-comers .fun.

Vesely would decide to trade in his bass for an acoustic guitar when he received a request from his then wife Candice in 2004 to be “serenaded by her new husband.”

Vesely acquiesced and would later claim on his MySpace page that he had finally found his “true calling” when he began penning a collection of serenades that would ultimately comprise “Awake.”

After his marriage fell apart, Secondhand Serenade created their trademark album “A Twist In My Story” which maintained an emotional depth by detailing loss rather than love.

By emphatically repeating the chorus “Will you stay away from me?” during his mid-set rendition of “Stay Away,” Vesely reinforced that heart-on-his-sleeve willingness to record and perform songs that are not only personal but life-altering for Secondhand Serenade’s ardent fans.

The pseudonym Secondhand Serenade was created by the still-autonomous Vesely who wanted his “serenades” to be heard “second-hand” by an audience who rapidly discovered the uniqueness of Serenade’s auditory styling.

Serenade manages to keep a sense of humor about being part of the emo [shorter and much cooler than spelling-out emotional] genre defined in part by bleeding heart songs.

Near the end of the set, Vesely brilliantly played a cover of a song that — unless you were privy to his set list — would send shivers down your spine.

After performing songs where he vigorously sang along to the beat of his own acoustic guitar-driven songs, Vesely tackled not Jimmy Eat World, John Mayer or Sinead O’Connor but Enrique Iglesias?

Indeed Serenade did wearing a sardonic smile and it was show-stoppingly superb!

Vesely performed a relaxed, arpeggio version of the song that he ended by softly noting, “I don’t care Sacramento – you’re here tonight.”

Finishing his performance with Serenade’s most popular song “Fall For You,” Vesely set down the guitar for the first time that evening and led the eager crowd in an impressive sing-a-long while lightly maneuvering through the piano-driven ballad.

Both rockers Velvet Revolver and Canada’s pop princess Avril Lavigne have a hit song entitled “Fall To Pieces” which melodically detail falling to pieces. The songs could just as easily been written by Vesely and would fit nicely into his repertoire.

It’s Secondhand Serenade’s rigorous singer-songwriter style of straight forward music that distinguishes Vesely and makes it hard for anybody to not fall for him.

Stand-out songs: “Fall For You,” “So Long” and “Vulnerable.”

Final verdict: Loved it? Loathed it? Missed the Mark? – Loved it!

I met a number of ARC students that night so all of you let me know if I’m on target or not. It’s your responsibility to let me know whether my critiques “Miss the Mark.”  Send me your feedback to [email protected] or follow me on Twitter @kingmlew – I want to hear from you!