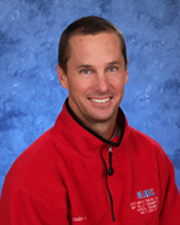 Community college coaches at American River College spend a whole year training young athletes to be able to compete at the collegiate level, only to see them leave after the very next season. The difficulty of dealing with this task is the reason why it is challenging to field a competitive team year after year at two-year colleges like ARC.

The greater Sacramento area has four community colleges with athletic programs, so coaches battle to secure as many top recruits as possible. But coaches also have to fight for players with colleges all over California.

“With so many good teams, it is competitive recruiting players in California,” ARC head football coach Jerry Haflich said.

With 68 football players transferring to a four-year school in the last four years, coach Haflich has fought hard to find talented recruits. The turnover rate for the two-year programs’ cycle is still the biggest problem community colleges have over four-year schools.

“With a turnover of about 60-70 percent of your team (leaving) every year, you have to be sure to bring in plenty of new student athletes every season,” ARC men’s cross-country team coach Rick Anderson said. Anderson is also an assistant athletic director for ARC.  Anderson contributes that athletes do not see the benefits of two-year colleges. Community colleges and other two-year programs help provide nurturing and more immediate playing time for the athletes than the highly competitive life at four-year universities.

Benefits of constantly recruiting and rebuilding teams are determined based on the coaching staff’s ability to ensure that top-ranked recruits commit to their program over the numerous others within the Sacramento area and thoughout California and nationwide.

“The difference between coaching at a two-year and four-year school is that in a two-year you can never take a year off with regards to recruiting,” Anderson said.

He has perfected the art of recruiting over his 15 seasons at ARC. Anderson’s teams have four state titles since 1996.  Recruiting is the biggest factor that determines the outcome of community college’s seasons. Without the ability to recruit quality athletes every single year, coaches will struggle finding victories.