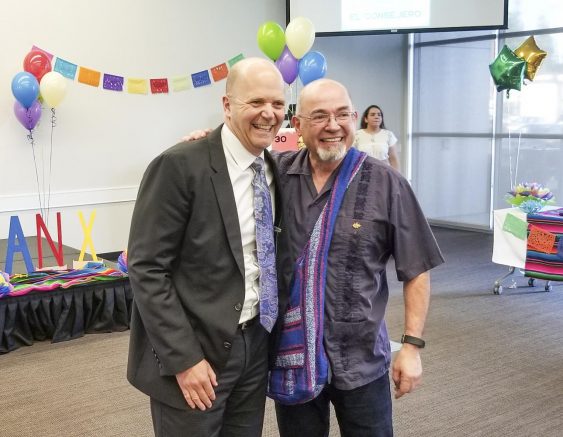 Manuel Ruedas, Puente Project coordinator and Trio Science Technology Engineering and Mathematics (STEM) program counselor, will retire at the end of December after a 30-year career at American River College.

Ruedas started at ARC as a general counselor in 1988. He began his journey teaching social studies, U.S. history and world history in a bilingual program, teaching classes in English and Spanish, for five years at a junior high school. He was also a counselor at Sacramento State for four years and later, because of that work experience, became a coordinator for counselors at UC Davis for four years.

After teaching for so many years, Ruedas says he has mixed feelings about retiring.

“I feel excited and [I am] dreading leaving [ARC],” Ruedas says. “I have been working with students for 41 years and it’s hard to cut it off cold turkey.”

The first program Ruedas started at ARC was Mathematics, Engineering, Science, and Achievement (MESA). He says he was able to get this job because of his counseling background. He was one of the three faculty members who wrote the initial grant for MESA in 1989. Ruedas served as a MESA counselor for 28 years and served as a counselor and coordinator for Puente.

According to ARC’s website, the Puente Project’s mission is to increase the number of educationally underrepresented students who enroll in four-year colleges and universities.

Sergio Robles, a field representative for Congressman Ami Bera, is an ARC alumni who majored in political science and social sciences. He was a guest speaker at Ruedas’ retirement party on November 30.

Robles, who was one of Ruedas’ mentees, shared his story of when he was working and going to school and his tire popped. He didn’t have enough money to replace it and Ruedas gave him $40 to buy a tire. Robles says if it had not have been for Ruedas, he wouldn’t be working where he is and pursuing a master’s degree. 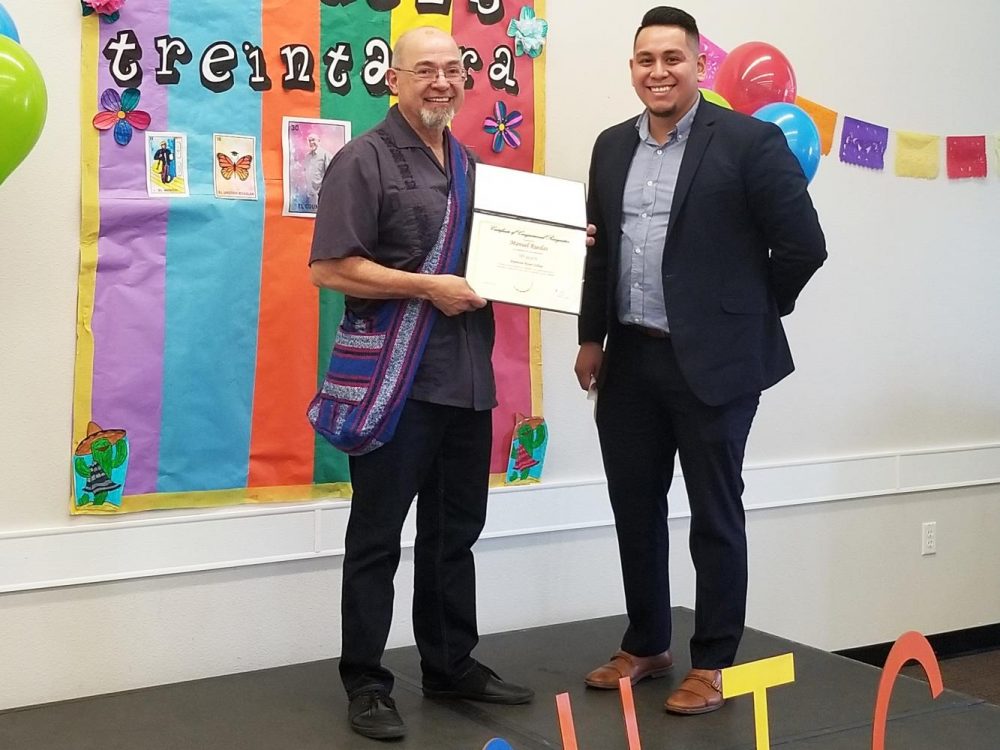 Manuel Ruedas, Puente Project coordinator and Trio STEM counselor (left), accepts a congressional certificate from Sergio Robles, a field representative for Congressman Ami Bera and an ARC alumni, at Ruedas’ retirement ceremony on Nov. 30, 2018 in the Community Rooms at American River College. The certificate is from Bera and was given to Ruedas for his demonstration of leadership. (Photo by Christian Sutton)

Robles presented Ruedas with a congressional certificate on behalf of Bera for Ruedas’ demonstration of leadership in his community.

“He put students before himself the entire time,” Robles says. “I know Manuel personally … He helped me stay on track with his help, leadership and guidance. It has gone full circle.”

In addition to alumni, current ARC students say they recognize and appreciate the impact Ruedas has made on them.

Rebeca Rico, an English major who has known Ruedas since her first semester at ARC three years ago, says he has provided her with moral support and that she can go to him and talk about difficult situations.

“There are no words to describe how much I am going to miss him,” Rico says. “His presence fills the Hub and fills the campus. Whenever you walk into his office it feels like home. [His retirement] is like losing a bit of our home.”

His presence felt by students is echoed by Thomas Greene, the president of ARC. Greene says Ruedas represents what it means to be student-centered, a compassionate sense of self in his work and the best in all of us.

“What a difference he has had in changing the lives of so many individuals in so many different ways,” Greene says. “He makes our students feel welcomed, included and supported. To be such a genuine, warm human being, whose presence establishes a model for how we should all be as individuals is incredible. That’s his impact. That’s his legacy.”