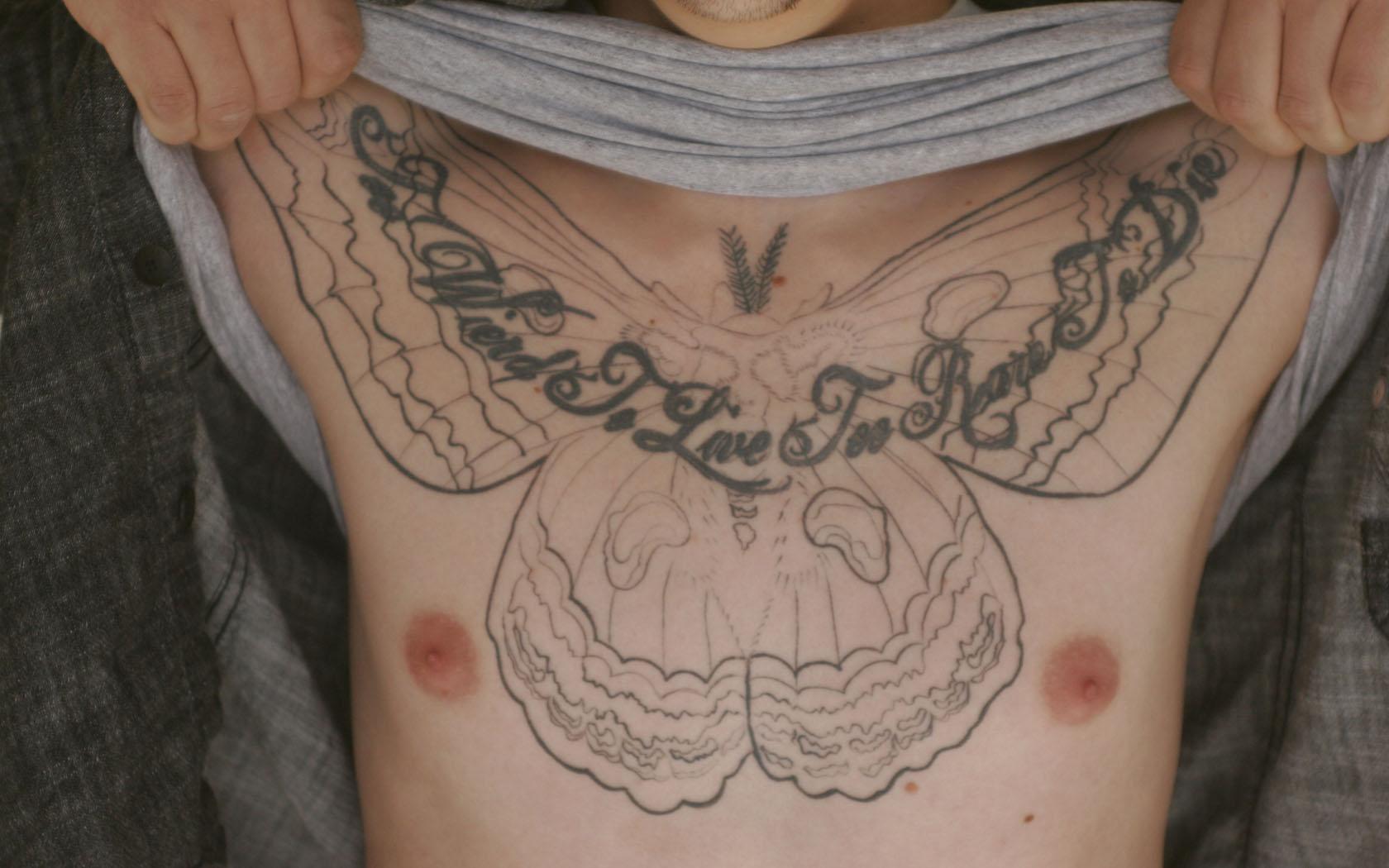 Engineering and web design major Gabriel Hernandez has a misspelled tattoo on his chest and is in the process of covering it. (Photo by Kameron Schmid)

By Brooke Purves and Kameron Schmid

The Washington D.C. Health Department has proposed draft legislation that would require a 24-hour waiting period for any tattoo or body piercing.

The law is meant to make sure those who believe they want body art to think twice, and maybe reconsider before the ink is put to the skin.

According to polls done by Harris Interactive, 38% of Americans between ages 30 and 39 have at least one tattoo, and 14% of those polled said they had tattoos they regretted. The D.C Health Department hopes if those people would have had to wait a day, the number would be smaller.

“It’s just another method of control. People need to be able to make bad decisions,” he said.

Darryl King, piercer at Fallen Angel Tattoo and Piercing in Citrus Heights, thinks criminalizing walk-in tattoos and piercings would cut off a major source of income for artists and piercers, but also that it’s “taking away the rights of people who want to get tattoos spontaneously.”

Although the law wouldn’t affect Harvey personally because he only does bigger pieces by appointment, he thinks those who are writing such legislation don’t know much about the tattoo industry. Harvey believes that health departments need to be “applying them (these laws) more toward Craigslist and less towards brick and mortar licensed businesses.”

The sort of legislation proposed by the D.C. Health Department only affects businesses that are registered and controlled by the state, although many people with tattoos they regret had the work done in someone’s home rather than in an established facility. 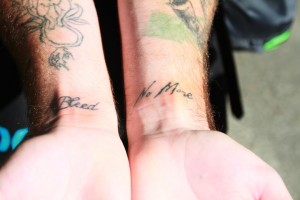 Logan Pendleton, business management major at American River College, regrets the crooked script tattoos on his wrists he received in his garage from a friend who was just starting to tattoo. Pendleton said a waiting period would have prevented him from getting his bad tattoos. “I would probably (have) something else,” Pendleton said, “or I wouldn’t have it at all.”

When political science major Marjani Allen was 16, she had a Nor-Cal star tattooed on each shoulder blade, which she regrets. “I consider them gang-affiliated, and I’m not into gangs,” Allen said. “That’s permanent body markage.”

Allen said she likes the idea of a mandatory waiting period. “If I had waited and just thought about it,” Allen said, “I wouldn’t have gotten these tattoos.”

Harvey asserts that when people regret tattoos, it’s usually because the tattoos are poorly designed.

“It’s about the art that goes on their bodies,” Harvey said. “If you look at the people’s tattoos that they regret, I bet you that they’re all going to be bad images. There’s not going to be any quality stuff.” 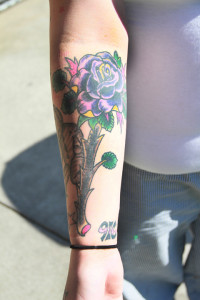 Selah Adkins, culinary arts student, sports a tattoo on her leg of a Sesame Street character holding a joint. She regrets the tattoo somewhat because “(her)

kid always asks me what Big Bird is smoking.”

Adkins also covered up the name of her “baby daddy.” She said a waiting period might have prevented all that because they got in a fight the evening after she got the tattoo.

Gabriel Hernandez, 23, an engineering and web design student starting ARC this spring, is in the process of getting a much larger tattoo to cover up the misspelled tattoo he got across his chest when he was 18. He regrets the original tattoo, not only because of the error, but also because “it was a stupid design to begin with.”

Hernandez responded positively to a waiting period. “I think I would have come up with a better decision to get across my chest,” Hernandez said. “I will still have gotten a tattoo of what I wanted, just worded it a little differently.”

A good artist should work with his or her client to make sure the art is quality to begin with. “From there”, said Harvey, “it’s about the artist’s talent.” According to Harvey, bad artists do bad work, and clients need to accountable for who is working on their bodies.

In the end, it’s all about the process of getting tattoos and the stories behind them, for some.

Alicia Bryden, paramedics/EMT major, thinks a waiting period is unnecessary simply because of the story behind every tattoo.

“You shouldn’t even regret a tattoo,” Bryden said, “because it shows you from where you were when you got that tattoo to who you are now.”