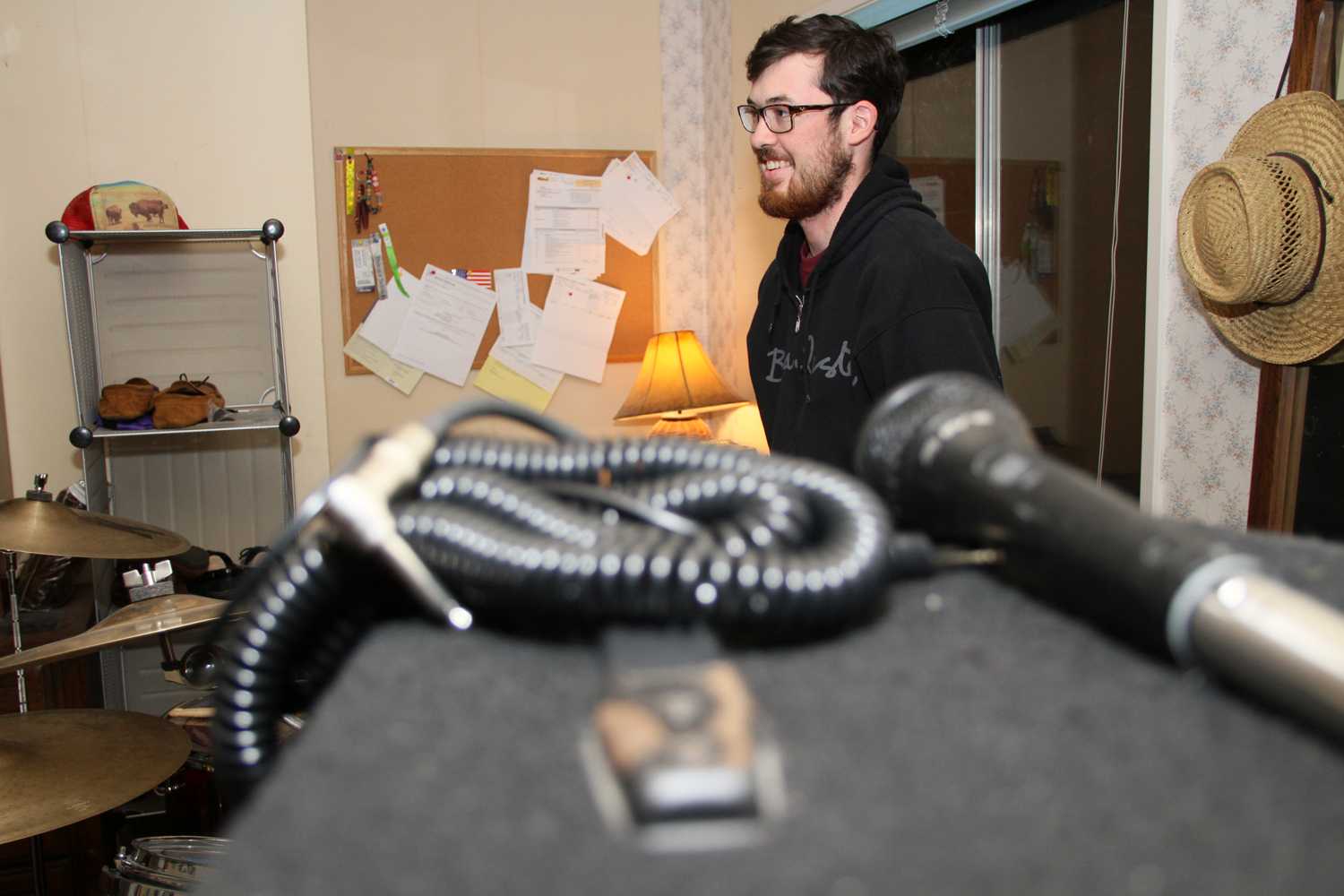 Kyle Grewing, the lead singer of Missive, in the band's practice space in Old Fair Oaks on Nov. 24. (Photo by Daniel Romandia)

Above is Missive’s track Acceptance, from their album “Not a Minute Goes By”

Author Aldous Huxley once said that, “After silence, that which comes nearest to expressing the inexpressible is music.”

It’s a form of expression that comes with its fair share of costs. Be it the price of instruments and gear, or the cost of recording music in a studio, everything has a price tag.

These are the numbers that fledgling Sacramento band Missive saw when they went to record their first EP in September. “We’re a screamo influenced, melodic-hardcore band,” said vocalist Kyle Grewing.

The band is comprised of Grewing, guitarist Daryl Hudson and bassist John Hill, who attend ARC, as well as guitarist Chris Walters and drummer Bakari Touray.

“I didn’t really want to be in this band at all,” said Grewing. “I hadn’t done any music stuff in a few years… Now I’m glad that I’m in (the band). Daryl and I (played) together in high school when I was a freshman and he was a sophomore. And we played like, what?”

“Post-punk, extremely simple,” replied Hudson. “I kind if feel like an idiot because I had the option of either learning to actually play music, learning how to read the scales and doing everything the right way, but I decided to be a slacker and learn how to play tabs. I’m messed up with music now and that’s why I’m taking (Beginning Piano) this semester.”

It cost the band roughly $650 to record their debut EP “Not a Minute Goes By.” They spent nearly eight months writing and perfecting those songs and played 13 shows since May of this year, traveling as far as Fresno.

“(We practice) once or twice a week because we all have school and work,” said Grewing, who takes 12 units and will have an associate’s degree in social sciences at the end of next semester.

“I’m majoring in automotive technology and taking 10 (units) right now,” said Hudson. “I also work roughly 20-to-25 hours at Round Table, rolling in the dough.”

While playing in a band may put extra strain on both time and money, these two don’t consider it a burden. “It’s hard to explain why I like to play music,” said Hudson. “You can express yourself instead of bottling up all the anger and really depressing stuff.”

“I guess the reason that I’m in this band despite having so much other stuff going on is because it gives you an outlet,” said Grewing. “We want to tour and we want to put out another release pretty soon.”

Step lights on the stairway to heaven