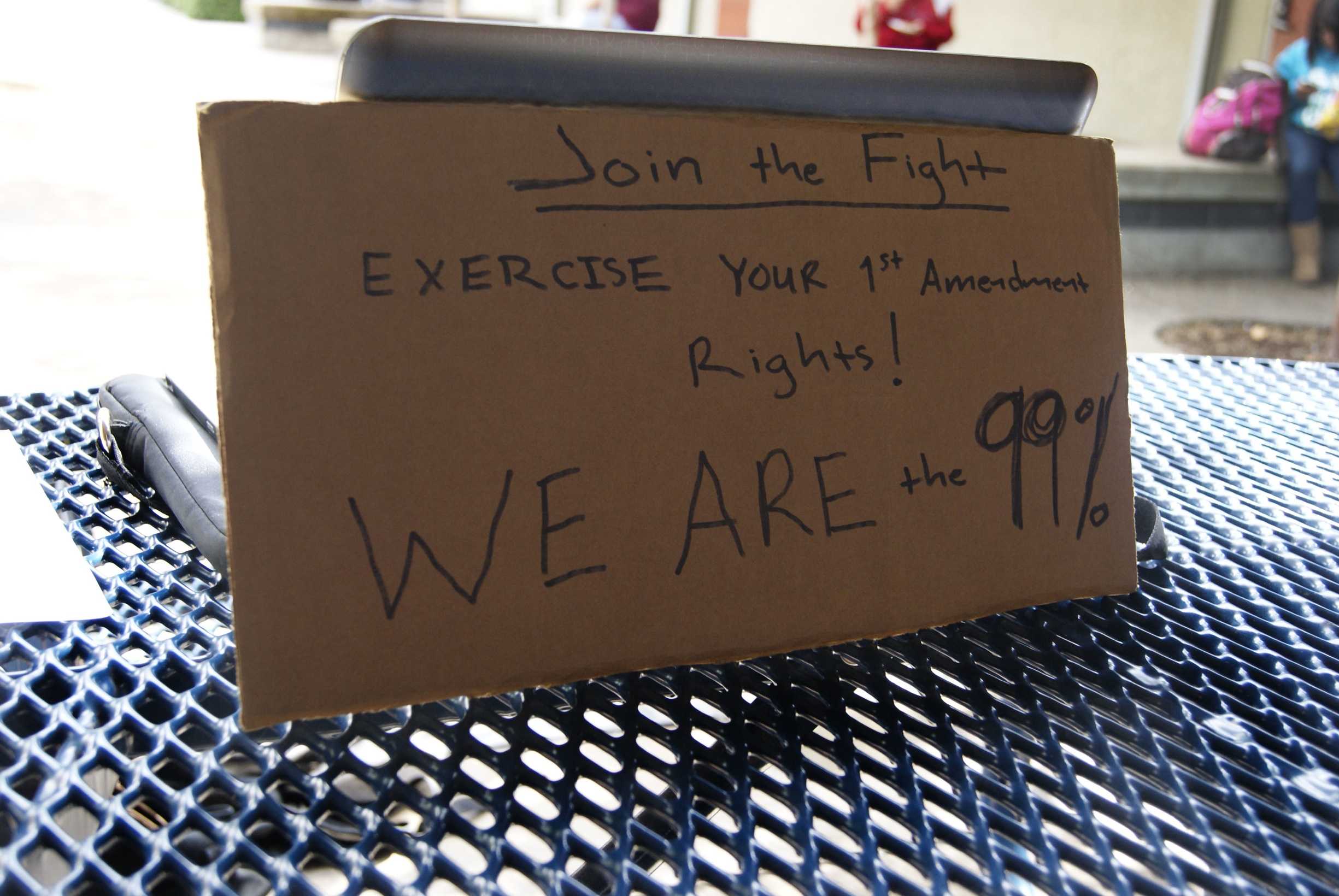 It has to be done.

This is the new American Revolution.

Since its inception on Sept. 17, Occupy Wall Street has been a grass-roots demonstration to raise awareness of the disparity of wealth in the United States. The non-violent, leaderless movement’s agenda is that 99 percent of the wealth in this country is hoarded by one percent of the population.

Despite the lack of a leader or true platform, the occupation does have merit and sustainability that rings true for the majority of Americans that are truly fed up with the Feds.

Much like its predecessor Arab Spring, American Fall—as it is being dubbed—is sprouting up all over the country. Protests have taken place in over 50 cities nationwide, including Sacramento. On Oct. 6, over 500 protestors marched downtown and verbalized disdain for the current banking and wealth in America.

Congress and Senate are full of “one-percenters” who care more about fattening their wallets and making the banks happy than they do fighting for the “99-percenters.” Allow the protests and allow these brave Americans to speak for the rest who cannot protest because a missed day of work can turn into an eviction notice on the door. Bank CEO’s get a bonus and a boat, while the rest of America struggles to make ends meet while living life as a 99er.

Anyone who is struggling to make ends meet, or trying to find a way to pay off debt for college, medical procedures, or for the car they need to get to the minimum wage job they need to keep from being homeless needs to realize that occupying Wall Street is necessary in order to take back Main Street.

According to Harvard Magazine, 66 percent of the income growth in America from 2001-2006 was attributed to the one percent. In the same poll, 36 percent of Americans do not contribute a penny to their retirement. With very little money for today, and even less for tomorrow, the middle class in America is becoming as extinct as prehistoric creatures.

The 99 percent needs a voice. A real voice.

A voice willing to ask the questions about the hypocrisy of the banking system. Federal Reserve Chairman Ben Bernake “can’t blame” the protestors for being frustrated and realizes the plight Americans are faced with and the disparity of cash flow that is beginning to reflect that of the third-world nations the United States has long peered down upon from the ivory tower. Now the 99ers are the ones being looked down upon with mockery from the banking institutions and the fat cats on Wall Street and in Washington.

Civil resistance and the freedom to voice displeasure of the establishments that do not have the greater good of the nation at hand are American rights and traditions.

The middle class, the working class, and the struggling student need a new voice—a vocal group who will not wither and fall before change is made. President Barack Obama’s campaign speech, “Yes We Can,” was coined. Maybe it is time that the 99 percent of Americans step outside the box and demand that we can all collectively crash the system and re-create the American way.

Editorial: Put away your wallet

Current Editorial: Proposition 30: why it will help community colleges across California