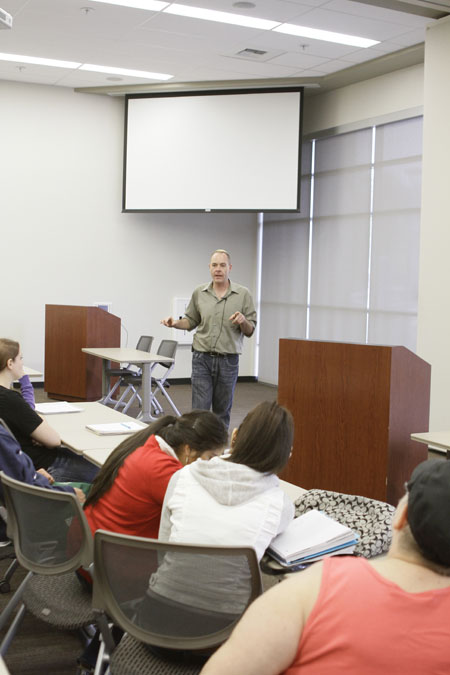 By Joseph Daniels and Kevin Sheridan

Imagine being disowned by your parents because you are gay.

Some students at “The Tragedy of Coming Out,” a college hour at American River College presented by Fierce President Brett Spencer, don’t have to imagine. They’ve lived through it.

Spencer said that people who are not gay need to accept those who are.

“Being passive and okay with the status quo is not okay,” Spencer said. “You need to be as brave as those who are coming out of the closet.”

Each member of the audience was given a colored star. Each side represented a side of an aspect of their lives, such as family, work, or school.

Throughout the college hour, participants were asked to tear a piece away from their stars to show what it is like for gay students who reveal their sexuality to society.

Members of the audience were encouraged to share their personal experience of coming out.

Tamara Dunning, who attended the event, asked what she could do to keep others from tearing up their own stars.

“Empathy is basically one of the foundations of (the human experience),” said Brad Carp, another attendee. “Empathy helps us get along on a core level. Without empathy, we basically end up selfish.”

Fierce is an ARC club that, according to its Facebook page, seeks “to promote sexual orientation and identity issues, sexual awareness and health, and encourage campus wide diversity and equity through events and advocacy.”