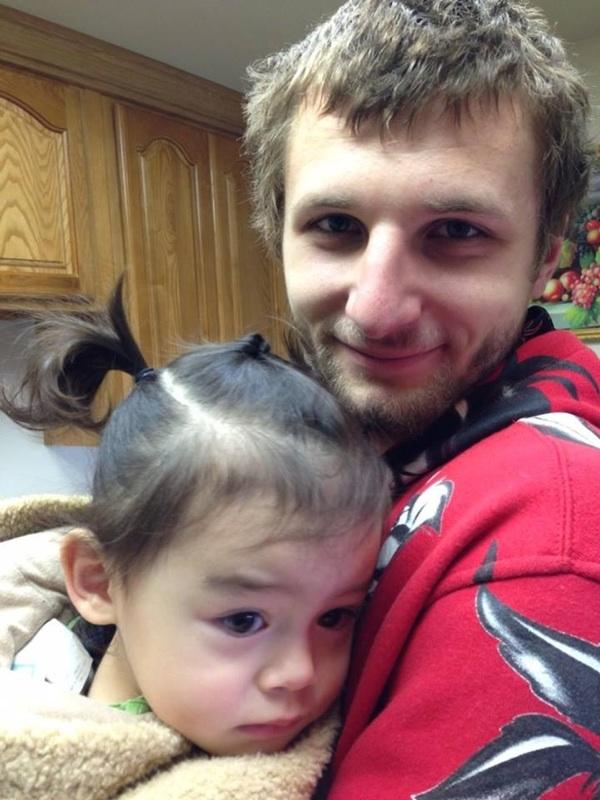 Photo courtesy of the Zhuchenko family

By Ed Gebing and Melissa Hurtado

Many students came back to campus from the winter break carrying full backpacks and heavy hearts.

Over the break, it was reported that American River College student and staff member Marc Zhuchenko, had been killed in what was an attempted robbery of the O’Reilly Auto Parts store he worked at on Jan. 9.

Zhuchenko fought with the attacker, 26-year-old Michael Eugene Addson during the altercation. Addson was later apprehended when he went to a local hospital seeking treatment for the stab wound he suffered.

“When I heard that he had been killed, I just cried like a baby, I cried so hard,” said Frankie Johnson, student personnel assistant.

Johnson was the one who initially hired Zhuchenko at the Dusty Baker Student Athlete Resource Center three years ago.

“I would definitely say he has that hero syndrome” said Johnson.

Johnson said that Zhuchenko “was a very genuine person who always had that great smile on his face.”

“He always had that go get it, go do it, get it done, no fear kind of attitude,” Johnson said, he lived with the mentality that, “if it can get done, it should be done, if it’s the right thing to do.”

His mom, Lana Zhuchenko describes her youngest son as having an “exceptionally beautiful soul.”

The 22-year-old was pursuing a paramedics degree and always told his mother “I really love American River College, it’s my second family, it’s my life and I love the students and the environment and I’m never tired there.”

The athletic department as a whole wanted to do something to help the Zhuchenko family and came up with the idea to donate the proceeds of both ticket and concession stand sales from the men’s and women’s doubleheader game against Sierra College on Friday, Jan. 24.

According to Scott Crow, the Communications and Public Relations Officer, the event raised more than $1,000.

Zhuchenko was well known and is remembered fondly by several coaches and administrators for his willingness to help and his kind spirit.

“You just got this comfortable feeling and he always did as much as he could to help anybody that came in there,” said Tami Wooden a kinesiology professor who also went to the same gym as Zhuchenko.

“There is a handful of us basketball players who wouldn’t have classes if it wasn’t for Marc,” said freshmen basketball player Dondre Butler. “Every day I was in there in the Dusty Baker (Center) when I was studying and stuff he was always in there always helpful always shared a laugh, always positive always had a positive vibe, always willing to share life experiences, he was just all around great guy,” Butler added.

“Marc was a steady presence in that facility and did an unbelievable job working with the current athletes here at American River College,” said interim head football coach Jon Osterhout.  “He’s a young man that did a lot for American River Athletics, (he) truly had a deep passion and care and understanding for the student athlete.”

Zhuchenko went above and beyond his job responsibilities, and truly cared for the people he dealt with.

“He’ll be sorely missed and he’s somebody again that truly had what was in the best interest for the student athletes,” Osterhout said.

“I worked with Marc along with a lot of other people at the Dusty Baker Center. (His death) was very tragic, he was an outstanding young man who would go out of his way to help anyone with anything, and you rarely find that today,” said Greg Warzecka, Dean of Athletics.

He worked hard in every aspect of his life.

“There was never a day when he didn’t smile when sweat was dripping down his face, he was an absolute perfect role model,” said softball head coach Lisa Delgado.  “He was the hardest worker I’ve ever had in class.”

“It’s hard to believe he’s gone.  He certainly made an impact in my life and in the lives of those he helped.”

Who is better? LeBron James or Michael Jordan?