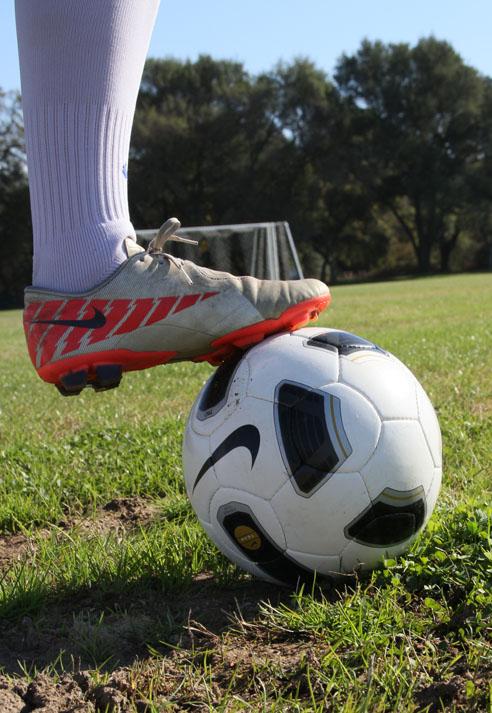 Poor turf quality has faculty and teams pushing for changes

American River College has a modern stadium, gyms and playing fields. The football field has high quality turf, the baseball and softball diamonds are maintained regularly and the tennis courts and basketball gyms have been recently renovated.

The soccer fields, however, haven’t been treated with the same respect as other facilities on campus.

The soccer fields that matches are played on are also used for practice by other teams as well as physical education classes. The field conditions are beyond poor. According to players and coaches, there are mud patches, divots and holes in the ground that have been filled with sand. This field issues cause players to lose confidence at times.

“I feel like we’re not taken seriously when we play at home because we’re not as professional as the other teams,” said Nicole Lopes, women’s soccer forward.

Twisted ankles and knees are common among players according to Lopes, who sustained a knee injury earlier this season.

Even before facing dangers on the field, players are asked to help set the field up for the match.

Before each game, members of the soccer teams help set up the field. They attach flags to the back of a John Deere Gator and use it as a makeshift fence. They use laminated cards as their scoreboards and neither field has a game clock set up, which leaves it up to the head official to keep track of the time on their watch.

The football team practices to the left of the makeshift fence, so things can get hectic especially when both soccer teams host matches on the same day according to multiple players and coaches.

“Their kickers are right next to us, so their footballs get kicked onto our field during our games,” said Lopes. “When we’re trying to play or are having a serious talk at halftime, they’re (the football team) over there with their whistles going off and coaches are yelling, so it’s distracting.”

The poor conditions haven’t gone unnoticed. In February 2013, the Big 8 Conference Executive Board will vote to build a multiuse athletic facility used by the soccer teams and the physical education classes.

Greg Warzecka, interim athletic director, has a few ideas in mind for the field if the measure passes.

“The transformation will include brand new irrigation systems; you can’t grow grass without good water,” said Warzecka. “It will probably be some sort of hybrid Bermuda grass; hybrid turf (which) is very resilient and also grows well in the heat.”

If passed, the measure will see the facility construction begin to take place starting in 2014.

When asked about a soccer facility being built, women’s soccer defender Nicole Alberghini put it best.

“We spend so much time out here, it’s disgusting and it’s kind of sad,” Alberghini said. “Just the aspect of having your own field, you will feel like you’re in your own space.”