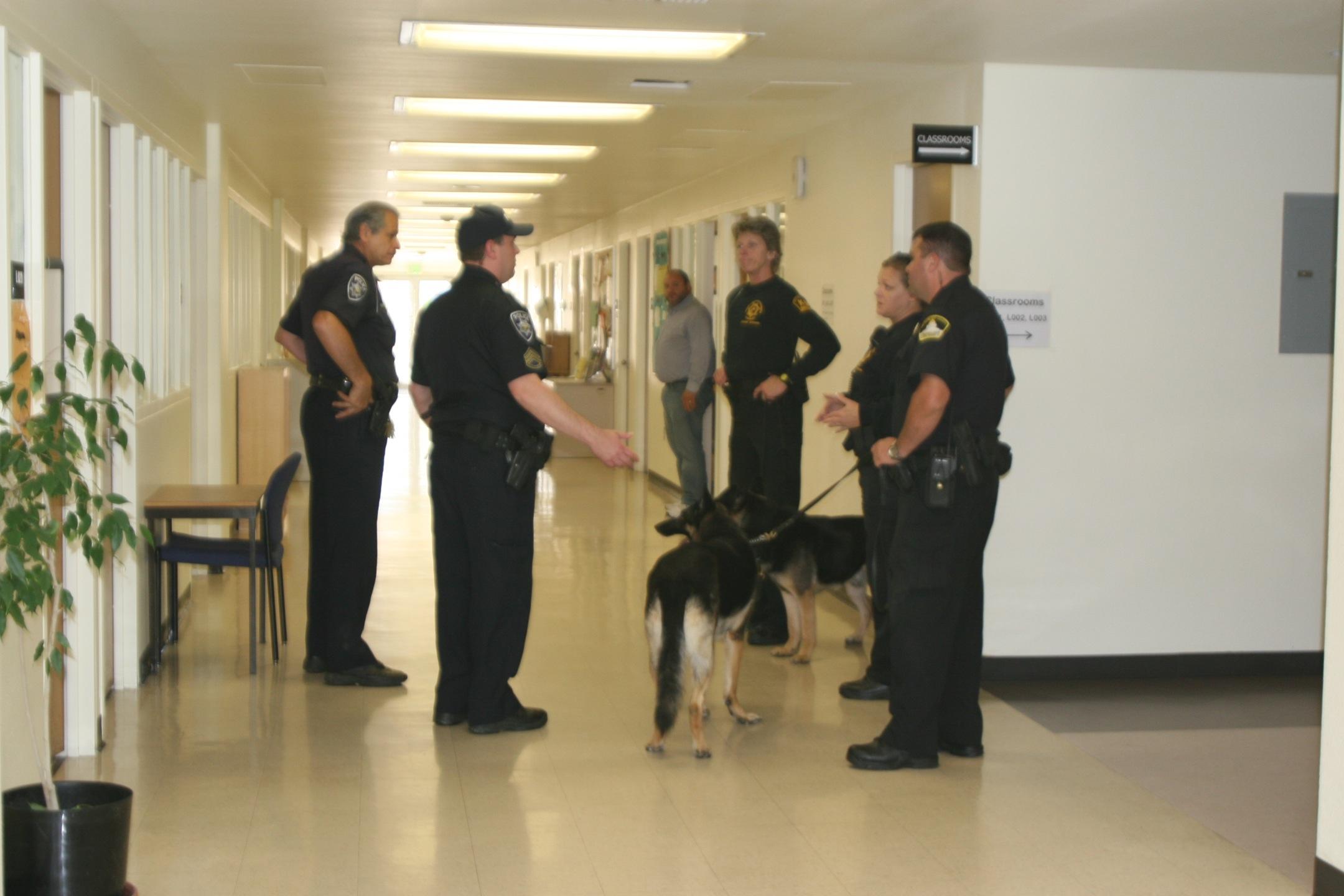 An unknown caller or callers made two bomb threats to American River College on the morning of Thursday, Oct. 6. Police later searched the campus but found nothing suspicious.

The Sacramento Police Department received the first call at 7:36 a.m., with the threat directed toward ARC without a specific location. Another threat, called in two minutes later, specifically targeted the Child Development Center.

Police were seen at the CDC with dogs. Police later searched Boettcher Library and Davies Hall with the dogs. When asked about the bomb threats, the officers said the search was an exercise to train the German shepherds and recruit new officers.
According to CDC clerk Linda Jones, the police inspected the building twice, but did not evacuate anyone. The director of the center, Diane

One parent who takes her son to the CDC said she did not receive notification of the bomb threat. Student and mother Jacqueline Fletcher said she arrived at the center around 8 a.m. “I saw the police cars and nobody told me anything,” she said.

Fletcher said she got a text message and e-mail for the bomb threat on Feb. 10, 2011, but did not receive a text or e-mail this time.

On Thursday, Public Information Officer Stephen Peithman sent an e-mail to ARC faculty members stating that the campus police were working with the Sacramento police to find leads. According to Peithman, police monitored the CDC for the remainder of the day. No update has been made about any arrests.

Student Senate at March in March