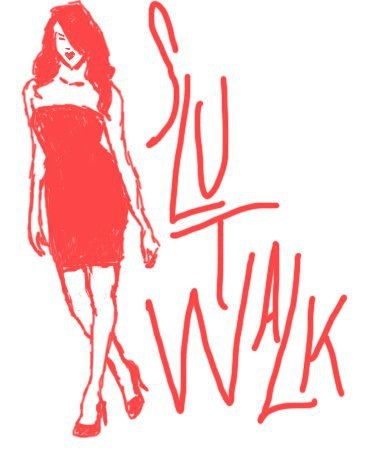 On Oct. 8, 2011, “Slutwalk Sacramento” is merging with “Take Back the Night” to hold an event intended to educate the community about how damaging sexual assault is on women and how prevalent it is in our society.

Beginning at 5:30 p.m., the parking lot of the Native American Health Care Center located in downtown Sacramento will feature a survivors speaking out, a memorial for victims, education for women aimed at advancement and empowerment, an address by legislative advocate Sara Rogers, dancing, poetry and for the first time this year a special event designed to include children called “Planting the Seed of Change” while all entertain and educate as preparations for the evening’s march are taking place.

The march spanning one mile will begin at 8:00 p.m. and continue until participants finish.  For the first time ever, TBTN and Slutwalk Sacramento will hold the event together during Domestic Violence Awareness Month.

In the past, Jarvis and Hils’ “Slutwalks” were independent marches and rallies held around the country however due to a decreased budget; both organizations agreed to walk the streets together as a single group with uniformity of purpose.
The history of the two organizations can be traced back all the way to the streets of Sacramento circa 1979.

TBTN was started 32 years ago when women of all ages marched and protested the streets of Sacramento in order to bring awareness to stop violence against women.

Slutwalk Sacramento is a global movement that was born in January of last year after Officer Michael Sanguetti of the Toronto Police Department stated that in order for women and young girls to remain safe, “Women should avoid dressing like sluts.”
Sanguetti’s comments went viral and soon the movement known as “Slutwalk” was founded by Heather Jarvis and Sonya Barnet.

“We had just had enough.  It isn’t about just one idea or one police officer who practices victim blaming, it’s about changing the system and doing something constructive with our anger and frustration,” Jarvis told Fox40.com.

“It’s a call to action and a celebration for women. We deserve to walk the streets at night without being threatened and without feeling threatened,” said Nicola Hil, a committee member of TBTN.

“The march is intended to educate the community about how detrimental sexual assault is to women and how prevalent to society women are,” according to Hil. TBTN is a movement to end violence against women in a safe and peaceful way.

“Because we share the same view of ending violence against women and agree that victims should not be blamed, we decided to make them a part of our movement. Slutwalk is very important. It’s a great organization,” said Hil.

“We had just had enough,” Jarvis said according to Fox40.com. “It isn’t about just one idea or one police officer who practices victim blaming, it’s about changing the system and doing something constructive with anger and frustration.”

According to the Slutwalk Sacramento Facebook page, a feminist activist and writer Jessica Valenti noted that, “In just a few months, Slutwalks have become the most successful feminist actions of the past 20 years.”

“Slutwalk is unique because women dress up in provocative attire to prove no matter how you’re dressed, you don’t deserve to be raped,” Hil said.

Organizers are encouraging marchers to dress comfortably because the event is long and the march will commence after sunset.
Slutwalk Sacramento and TBTN have encouraged all members of the community to attend and “march in solidarity.”
According to SlutwalkSac.tumblr.com, “This event is a co-gender march and the crowd should seek unity and build a commonality between themselves and others.”

“This march is very diverse with a huge array of people. This year, members of the LGBT community will be extremely involved, so please come with an open mind if you plan on attending,” prefaces Hil.

Volunteers are still needed and anyone willing to dedicate their time is encouraged to contact Sunny at [email protected] A volunteer orientation will be held Oct. 1, 2011 at the NAHCC, the same place the march will begin.

“Every female, and male, is detrimental to society. When you target women, you push them down and don’t allow them to be a part of society; it’s a global problem that needs to be ended.”

“This is not a particularly radical notion. We are against victim blaming and violence against women,” affirms Hil.

Election winners react to their campaign posters being defaced