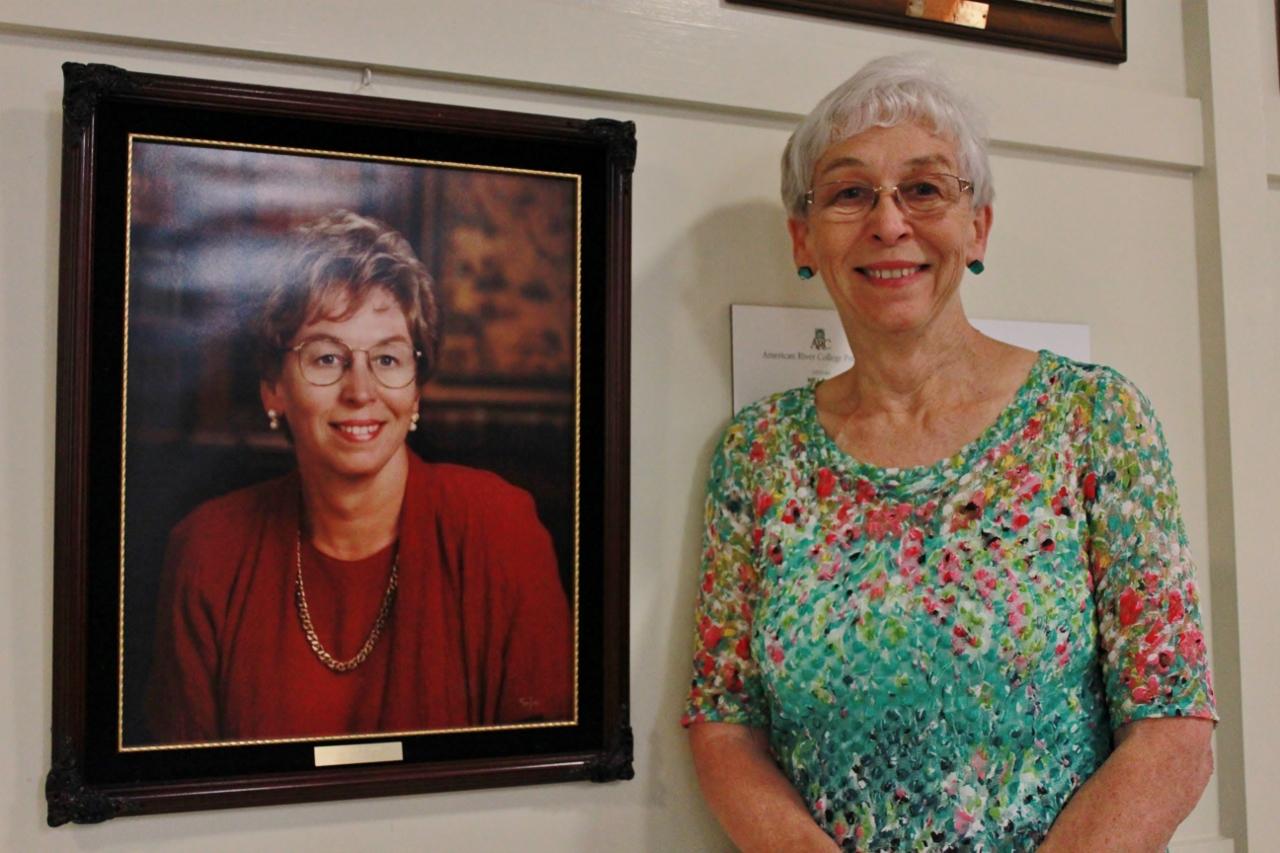 American River College interim president Marie Smith poses next to her previous portrait, taken in 1995, when she first took the position of president almost 18 years ago. (Photo by Emily K. Rabasto)

This story was written by Jeff Gonzales and Zach Tierney. Due to the limitations of our platform, it is published multiple times under a joint, and two individual bylines.

American River College has two new presidents this semester. Marie Smith will fill the position as interim president for the first half of the semester, followed by Bill Karns who will start on Sept. 30.

Students and faculty may remember Smith from the nearly ten years she served the school as president from 1995 through 2004. Karns also has a long history with the Los Rios District.

“[I am] deeply, deeply honored [to be at ARC],” Karns wrote in an email to The Current. “I started working in this District in 1975 as an English adjunct professor at CRC and retired as the district Vice Chancellor of Education and Technology in 2011, and it is the capstone of my career to serve here now.”

Both interim presidents are retired from the Los Rios Community College District and are under certain employment regulations. The time they are allowed to work for the school system is limited due to the California State Teacher’s Retirement System cap on the amount that can be earned by a retiree in a year. To bypass this problem they were both hired for only half of the fall semester.

“I’m hoping [the transition to Karns] will be seamless for students,” Smith said. “We are in weekly contact and I’m sending him copies of everything I’m doing.”

Smith also keeps Karns up to date on all of her meetings and any changes, as well as any events that will occur before Karns takes over the presidency.

She has placed an emphasis on helping students utilize the many resources available at ARC.

“We need to marshal all the forces to help you complete your goals,” she said.

Smith’s plans for her time here also involve preparing the school for the arrival of a new president in the spring. She believes that the school needs a good, effective leader who will be dedicated to the success of the students and the school in the long-term. She is also helping to prepare the school for its upcoming accreditation evaluation in the fall of 2015.

Both presidents have a history with the district and are dedicated to the success of both the school and it’s students.

“This is an excellent college you can and should be fiercely proud to attend, and you will leave it well prepared for success in transfer or the workplace,” said Karns.

Women’s basketball flops in final game of the season

Be the first to comment on "ARC’s Interim Presidents seek to Unite Faculty, Provide Seamless Transition for Student Body"