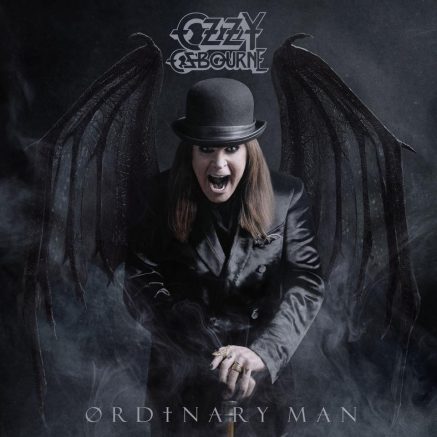 Heavy metal and hard rock legend, Ozzy Osbourne released his latest album, “Ordinary Man” on Feb. 21, 2020. The album features eleven new songs as Osbourne says goodbye to his fans with songs that reflect back on his life, and says thank you for all the love support over the years. (Courtesy of Epic Records)

In what will likely be the last album he’ll ever release in his lifetime, Ozzy Osbourne is back once again to release his newest album “Ordinary Man.” Will the self-proclaimed “Prince of Darkness” farewell album go out with a bang or a whimper?

It has been 10 years since the 71-year-old heavy metal vocalist released any music. After revealing in late 2019 that he was diagnosed with Parkinson’s disease, many fans believed Osbourne was done making music and would just live out the rest of his days. Unlike the album title, however, Osbourne is no ordinary man and this album is very extraordinary, and yet also very depressing.

The album starts off strong with the first song called “Straight to Hell.” It’s the perfect song for a heavy metal album to start with because it has symphony of hard instruments playing that gets the adrenaline running, and does what any good metal album does makes the listener want to headbang.

What’s amazing is that Osbourne has been singing this style of music since the late 1960s when he was the lead singer of Black Sabbath. But after all these years, after all the abuse his body has taken since this, Osbourne’s singing voice still sounds the same as it did since the first day.

The main point in a lot of these songs, however, is that Osbourne knows that his time on Earth is coming to an end. Being as old as he is, his battle with Parkinson’s Disease, and all the damage his body has taken over the years is getting to him. Osbourne knows this, and he reflects on it in many of the songs in “Ordinary Man.”

One song that proves that point is “Under the Graveyard.” The song tells the story about the part of Osbourne’s life when he was a heavy drinker, when he was doing hard drugs such as cocaine, and being a heavy smoker.

“Under the Graveyard” reflects on those bad choices Osbourne made in his past life, and how he shouldn’t be alive still after abusing his body so much. The music video for the song shows a younger version of his wife, Sharon Osbourne saving Ozzy from overdosing in a hotel room and that is the reason why he’s still alive today.

The song itself, while isn’t as hard hitting as “Straight to Hell,” is still very good from the instruments to Osbourne’s singing. For fans of Osbourne, knowing how drugs and alcohol affect his life over the years, hits fans on an emotional level. Listening to the song and the music video can make any fan of Osbourne shed tears.

The song named after the title of the album itself, “Ordinary Man” feels like the perfect song for Osbourne’s goodbye.

Unlike most songs from this album, or even any other album Osbourne has released in the past, the song “Ordinary Man” isn’t heavy. It isn’t a song that will make you headbang, or even want to start a mosh pit if you were listening to it live.

For fans of heavy metal, this may not be a song you like but for die-hard Ozzy Osbourne fans, this song will make you cry.

Listening to the lyrics, you can tell this is a message directly from Osbourne to his fans. A message saying that his time is almost up, but to know he appreciates all the love and support his fans has given him and when he is gone, to never forget his legacy.

This album is very different from ones Osbourne has made in the past and it leaves a very bittersweet taste in your mouth. On one hand, die-hard fans know this is it. More likely than not, Osbourne won’t be making any more music after this.

However, he made sure his last album was one everyone would remember. And he was very successful is doing just that by making “Ordinary Man” a fantastic, heartwarming yet heavy album that hits you not only within your head-banging, but within your soul.

If you love Osbourne and his music, if you’re someone who says you’re die-hard fan of his or heavy metal, then do yourself a favor by listening to “Ordinary Man.” You’ll not only fall in love with the songs, but you’ll hear the farewell from the Prince of Darkness.