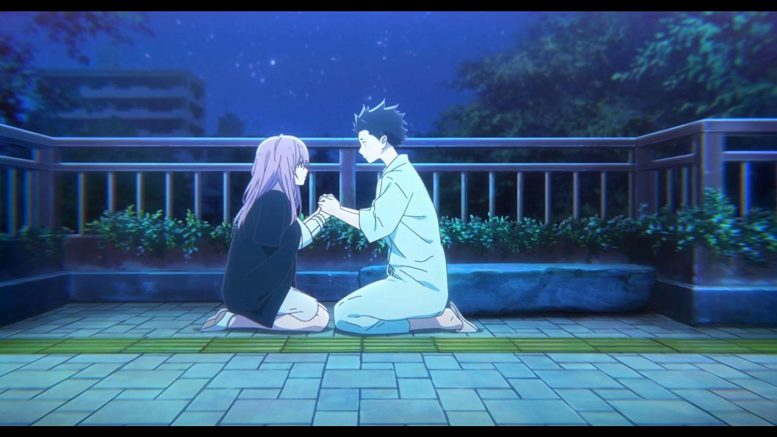 The Animation Club at American River College hosted a screening of the Japanese-animated film "A Silent Voice" on Nov. 4, 2019, to raise awareness about the deadly arson attack that occurred at Kyoto Studios in Japan (Photo courtesy of Kyoto Animation)

The American River College Animation Club hosted a special screening of the Japanese-animated film “A Silent Voice” at ARC on Nov. 4 in remembrance of the 36 individuals who lost their lives in an arson attack on Kyoto Studios, Japan in July.

Last month, Dyanna Paredes, Animation Club president pitched the idea of screening “A Silent Voice” at a Club and Events Board (CAEB) meeting at ARC. Paredes and her club were granted $200 by CAEB to buy the rights to the film to show it on campus.

Eleven Arts—an American film distribution company that specializes in Japanese animation (or “anime”)—held the rights to the film, so the Animation Club had to contact them in order to obtain the rights to it. They were happy about the intentions of the club and were cooperative throughout the whole process, according to Paredes.

“We just wanted to bring awareness [about the Kyoto attack] to our campus and they were completely happy with that,” Paredes said. “The more help we have to spread awareness, the better it is.”

Although Paderes was the one who pitched the idea to CAEB, Aristotle Reed—vice president of the Animation Club—brought it to her attention originally. For Reed, bringing “A Silent Voice” to ARC was a personal matter.

“The tragedy [at Kyoto Studios] really affected me,” Reed said.

Paredes took the idea and ran with it. She became interested in the moral dilemma carrying on the work of those that perished in the arson attack.

“The animation studio burned down and the people who worked on these beautiful movies are gone. So what’s the correct path we take now,” Paredes asked when reflecting on the dilemma. “Do we leave it how it is and respect their works? Or do we continue those works without the people, the animators, the storyboard, the illustrators, etc. What’s the morally correct way to do this? That’s what I was interested in.”

According to Reed, the recent screening is just one of many that he was planning to set up.

“I wanted to do several film screenings,” Reed said. “But I thought I’d do this one first because of the tragedy that happened in July. We wanted to do it as soon as possible.”

Artists showcase their work at the Shadow Box Gallery