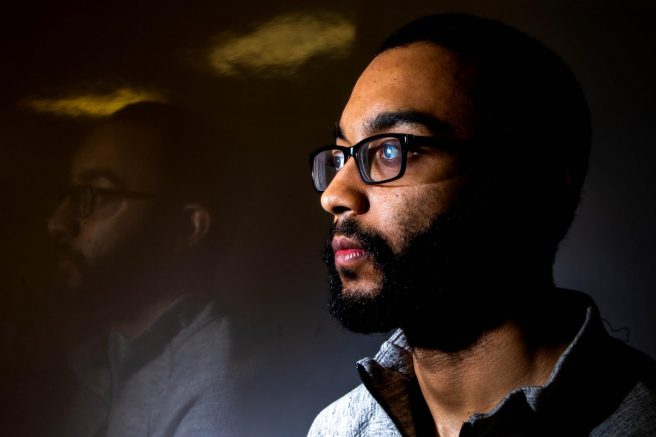 “Us” is Jordan Peele’s newest must see horror/thriller about a family on vacation who meet their evil counterparts. (Photo Illustration by Patrick Hyun Wilson)

Prior to 2017, virtually no one expected comedian and actor Jordan Peele to go from the guy known for impersonating Barack Obama on the popular sketch-comedy series “Key and Peele,” to an Academy Award-winning filmmaker. But after writing and directing his first feature film, the horror/thriller “Get Out,” Peele is now recognized as one of the best directors working in the horror genre today after his debut film won an Oscar for Best Original Screenplay in 2018.

On March 22, Peele released his second film, “Us,” and it has already been deemed a hit by film critics, currently holding a 97 percent rating on review site Rotten Tomatoes. It also grossed twice the revenue from ticket sales as was predicted, raking in $70 million in its opening weekend in North America. On top of that, “Us” is the second-highest grossing movie of the year so far, second only to Captain Marvel, which was also released in March. Is Jordan Peele the new M. Night Shyamalan?

With his purely original storytelling and unique directing style, Peele has certainly proven his worth in the film industry, providing a fresh and new perspective to the horror genre in particular.

“Us” centers around an African-American family of four: a married couple, played by Lupita Nyong’o and Winston Duke, and their two kids, played by Shahadi Wright Joseph and Evan Alex, enjoying a fun-filled vacation in Santa Cruz, Calif. Before they settle in for the night, they notice a group of four individuals dressed in red jumpsuits standing outside their vacation home. Once the strangers break into the house, the Wilson family face a startling revelation: they’re being attacked by scissor-wielding clones of themselves.

Each actor of the main cast had to face the challenge of playing their original characters, while also having to play the roles of their creepy doppelganger counterparts. This adds an exciting element to the performance of the cast, as film protagonists usually do not have the responsibility of portraying their antagonists.

While “Get Out” was more of a mystery/thriller with comedic elements and social commentary, “Us” is more of a pure horror film. Although the film does have plenty of hilarious moments, mainly coming from the father of the family, Gabe, it’s still full of dread, lots of blood and gore, and frightening imagery.

The movie is heavy with symbolism and Easter eggs — things that someone might miss the first time around, but notice on the second or third viewing. It is a film that challenges the audience, forcing them to decipher certain clues, and to make their own judgement on them and what they could mean. Things like these are what make Peele such a clever director and writer.

Nyong’o’s performance as both the mother, Adelaide, and her doppelganger are stellar. Her portrayal of the mother was fairly quiet and withdrawn, while her doppelganger was absolutely terrifying. Although Nyong’o’s performance is the standout, the other members of the cast deserve much credit for having to play two different versions of one character, especially the child actors.

The plot for “Us” is a far cry from any ordinary horror flick, as it should cause people to have discussions and debates long after the 1 hour and 56 minute runtime is completed. It is filled with plenty of twists and turns throughout, making the outcome anything but predictable.

“Us” is not worth the price of just one ticket, but two, if not more. In order to get the best experience possible from this movie, it demands to be seen more than once.