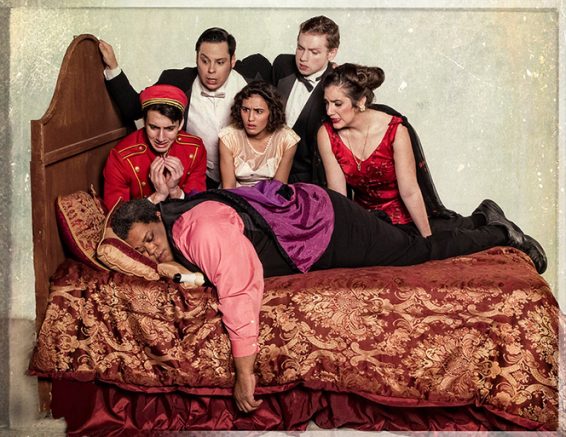 Mistaken identities, overzealous fans, and dramatic irony. The story of “Lend Me a Tenor,” a fast-paced comedy, was brought to the stage at American River College these past two weeks. The last performance was Sunday.

The show is a comedy revolving around a world-renowned opera singer–and although it’s a comedy, it wasn’t without some potential off-stage controversy.

The story is about Tito, played by Corey Winfield. He falls unconscious on the night of his performance, and is temporarily replaced in an effort to save the show. The general manager of the Cleveland Grand Opera Company, Saunders, played by Michael Sandidge, convinces his assistant Max, played by Ben Harris, to disguise himself as Tito. The rest of the characters are left unaware, resulting in chaos for the company.

The cast only had eight members, and big roles to fill.

“With bigger casts it’s easier to feed off of everyone’s energy, but with [a] small cast it’s always kind of low energy and you need to bring that energy yourself,” Harris said.

This was Harris’ first show on the ARC stage.

“I auditioned for the role but it was a bit unexpected, so far at ARC I’ve done backstage work because I have been too intimidated to audition,” Harris explained about receiving the role. “We worked incredibly well together.”

Dialogue between the characters was rapid-fire, with wordplay. With a small cast, this left each actor with more lines to remember. It was the most challenging part of the play, according to director Nancy Silva.

“It was very heavy dialogue, and they struggled,” she said. “They have to speak very quickly, and the scenes move so quickly that they just have to totally know it. I think that was their biggest challenge.”

There was another factor of the original play that proved to be challenging.

The original play had written Max and Tito in blackface during their portrayals of Othello in the first of the two acts. This was also used to further the ambiguity of identities between the characters.

Silva said she knew she would have to adapt the play to avoid supporting racist stereotypes.

“The original use of blackface began in the 1830s … they would act out these horrible racist stereotypes for everybody to laugh at,” Silva explained. “Well, the intent of this play was not to deal with that. I think it was mostly just the playwright being kinda daft to the sensibility.”

Max’s scene as Othello was presented in a dark wig to cover his blond hair, and slightly darker toned makeup partially covering his face. This was meant as an alternative, since the playwright later said that the blackface was not necessary to the show.

“American River College Theatre has a long history of open casting and encouraging students of all ethnicities to audition for our shows, so the last thing I wanted to do was to be tone deaf to a horrible racist ideal,” Silva wrote in the Director’s Note of the program.

Crystal Piper took the role of Julia, the dramatic and easily panicked Chairwoman of the Cleveland Opera Guild that Tito is set to perform for.

“First of all I read the play and then the description of my character. I used certain lines and hints from the show as well as [Julia’s] description to get a basic idea for how I need to approach her,” Piper said.

In addition to memorizing lines and studying her character, she practiced performing in the character’s defining outfit. Julia was presented in a long, glamorous silver dress and heels. 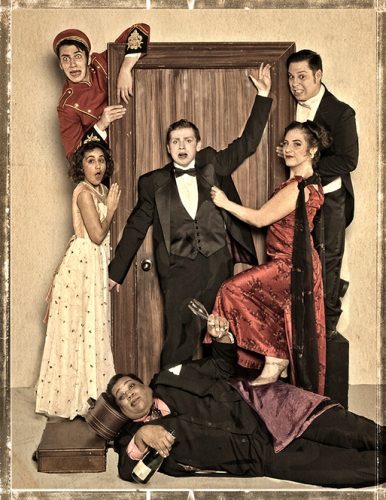 “After all, I do have to literally run around the stage,” Piper said, referring to practicing in the flashy heels worn by Julia.

Piper wasn’t the only actor with a demanding costume.

Harris had multiple wardrobe changes, including an ending scene when the characters quickly pantomime the entire play over again, during which he had quick changes.

“The biggest struggle with their costume would be Max. Because he has a quick change, where he has to change out of his Max clothes into the Tito clothes, and then he has to quick change back into the Max clothes,” said Silva. “He had the biggest challenge.”

The costumes were designed by Gail Russell, a faculty member.

“I think Gail really outdid herself when it came to the costumes,” Silva said.

Despite any obstacles and adaptation, the cast was able to work together and prepare their roles well.

“I think pretty much everyone nails their characters, and we all work really well together,” Piper said.