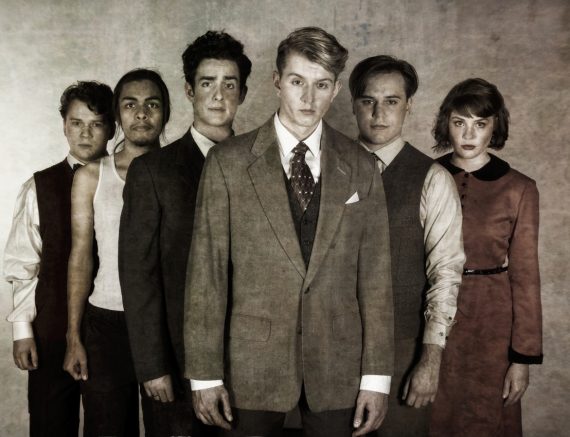 The American River Theater department will present the show “Breaking The Code” March 16 through 19. The play is about a man who helped break the complex German code during World War II and played a major role in the defeat of the Nazi Regime.

It is a biographical drama about Alan Turing and his role in breaking the Enigma, which then enabled Allied forces to foresee German maneuvers, according to the theater department’s website.

Turing helped save millions of lives during WWII, and because his work was classified and top secret, the public never knew of his contribution. Turing later found himself put on trial for being gay.

“No one knew how much was owed to him when he was put on trial for breaking another code: the taboo against homosexuality, the punishment for which would have devastating consequences,” according to the theater department.

This play by Hugh Whitmore is directed by Jason Long at ARC, and stars Daniel Dorofeyev as Turing and Carmel Suchard as Pat Green.

Director Long, Dorofeyev and Suchard joined the host for the Capital Public Radio, Beth Ruyak to discuss the play; the direction of the interview changed as listeners were later able to hear a short scene from the play.

During the radio talk, Long was asked to compare their show to the well known movie that is also based on Turing, “The Imitation Game.”

Long explained that although the material is mostly the same, “the play focuses more on personal relationships,” while in the film the focus is on the machine itself and the math behind it.

“The play really dives in deep into those relationships – it’s more of a character study,” added Long.

Next, Dorofeyev talked about how taking on the role of Turing brought him to understand more about him as a person.

“I feel he’s underappreciated for what he did,” Dorofeyev said. He then delved into an interesting fact he discovered about the death of Turing.

While researching more about Alan Turing, Dorofeyev said he learned that Turing committed suicide after biting an apple that was poisoned; the Apple icon is also a bitten apple, which shows just how influential Turing was to modern computers.

“To me that was just mind blowing,” said Dorofeyev after realizing this connection.

Ticket Prices are $12 General; $10 for Students, Seniors and Los Rios staff.
To learn more about the life and death of Alan Turing check out  the following article by The New Yorker, written by Jim Holt:  http://www.newyorker.com/magazine/2006/02/06/code-breaker