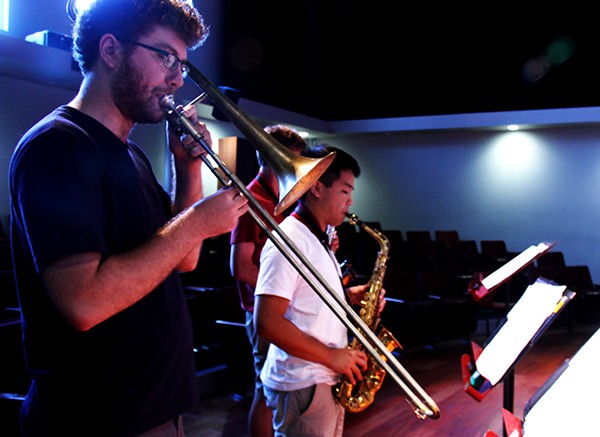 The American River College music department is hosting a concert to be performed by the ARC Jazz Collective and other ensembles and featuring songs that were hand-picked by the students that are involved on Friday.

The Collective is one of four ensembles that was formed this semester. Each ensemble has its own set of tunes that it handpicks.

Any student with instrumental experience is able to join the chamber jazz ensembles class, and then be placed in or form their own combo bands. For the The Collective, auditions are run by both Eifertsen and Joe Gilman, another music professor.

The music performed covers a wide variety of styles, such as standards including Sonny Burke’s “Black Coffee” and “Corcovado” by Antonio Carlos Jobim.

Chamber jazz rehearsals are often self-run, with the groups having relatively less direct instruction from the directors.

“Collective is a lot more intensive, but any of the combos are especially compared to one of the bigger bands,” said Eric Kuvakos, who plays the guitar for the Collective. “It’s self-driven, so you have to be the one to decide what to play and how to rehearse, how to get your group together to stay positive throughout the entire semester and keep moving.”

A single jazz combo group is smaller than the instrumental ensembles usually are, and as a result each individual musician is more exposed to the audience if they were to make a mistake.

“(All of the ensembles) are all outstanding,” Eifertsen said.  “They are all hard workers. All of the combos this semester has a really good collection of people.”

Jazz ensembles perform in a concert at ARC