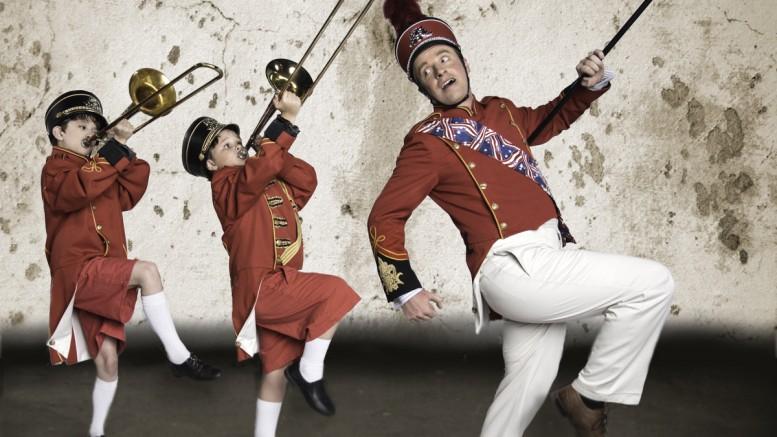 Every character from the leads to the supporting cast of the American River College production of “The Music Man” are given distinct personalities that transports the audience from 2015 to 1912, to a world where people break out in song and dance and the opening of a billiard hall is the source of controversy.

“The Music Man” is a play written by Meredith Willson that tells the story of a con man, Harold Hill (played by ARC student Spencer Murrish), who attempts to trick the residents of River City, Iowa into buying instruments from him, and that he is capable of teaching children how to play music.

Hill begins to spread rumors once he arrives to River City that the local billiards hall is corrupting its’ youth, and that organizing a local boys band would be a better alternative. It is his goal to leave town once he collects enough money from the citizens.

Murrish’s performance as Harold Hill is both likable and believable. It is clear why it is easy for him to deceive people of River City.

This is the only occurrence in the duration of the play that Hill has something to lose. The audience does not know whether or not the two characters will fall in love by the time the curtains fall for the final time.

One problem that comes up in Wilson’s world building of “The Music Man” takes place during  the song “Ice Cream.” When the school board members approach Hill for his credentials, they are distracted by Hill’s successful attempts at teaching them to learn how to sing.

Seeing that “The Music Man” takes place in a world where music is used to communicate to one another, the discovery that the school board does not know how to sing is the equivalent of finding out the people in charge of education do not know how to read or write.

It is easy to be swept in its 1912 setting, and not just because of its use of costume or its sets, but by Williams’ decision of casting children for the children roles.

Often these characters would be played by adults, which causes the play to lose credibility due to the fact that the audience is forced to suspend belief the older actors playing the roles are the age of school children.

The only drawback to the use of these characters is due to the script. Amaryllis, played by Miranda McThorn and Angeline de Masi on alternate nights, reveals that she is enamored with Winthrop Paroo, played by Richard Morris and Elliot Berryman on alternate nights, however nothing comes out of the plot point, which leaves the audience hanging.

With his production of “The Music Man,” Williams shows he is capable of guiding student actors into delivering believable performances.

Be the first to comment on "Review: ARC production of “The Music Man” delivers on a high note"