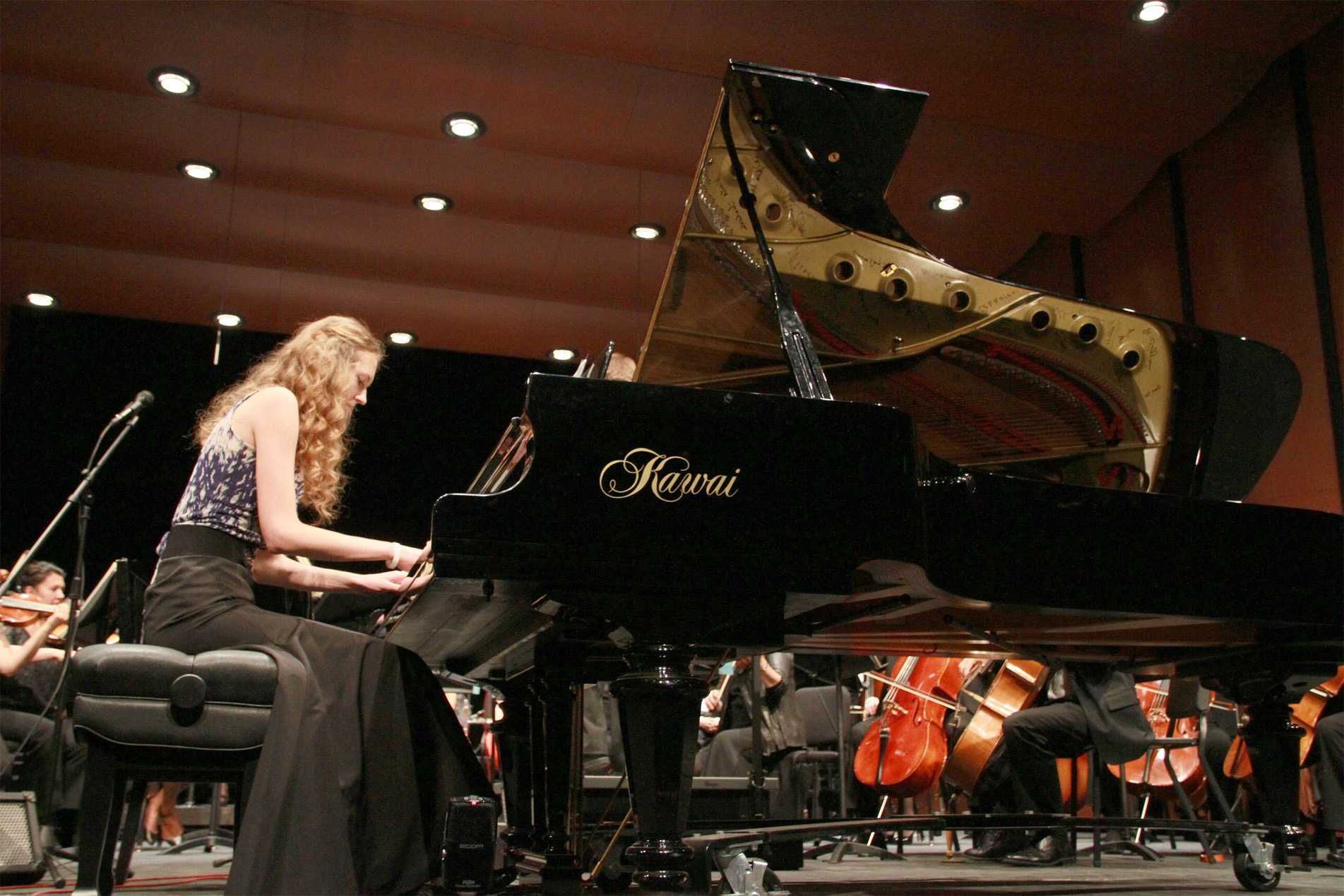 As dusk turned to night, college students came together to pack a hot, dimly lit venue to hear a concert.

But this wasn’t Life in Color, and the performer who took the stage to the cheers of the audience was not Steve Aoki.

It was Justin Vaughn, a student at American River College and a tenor who sang “Dalla sua pace” by Mozart to the accompaniment of the ARC Orchestra.

A panel of music faculty picked 13 ARC students in October to perform solos with the orchestra this month as part of the Concerto-Aria Competition, which was showcased at the ARC Orchestra concert on March 12, and at the March 15 encore, both at 7:30 p.m. in the ARC Theater.

Performers at the concert spent months in preparation. Justin Vaughn, who sings with the Sacramento Master Singers, is thankful for the opportunity and said the concert went well.

“The concert was phenomenal and I am so proud of my own performance as well as the performances of my colleagues,” Vaughn said.

Students in attendance at the concert Wednesday expressed their enthusiasm and opinions.

Katherine Ott, a nursing major, spoke for many when she said that Irina Lomova’s performance of “Deh vieni, non tardar” by Mozart was her favorite performance of the evening.

“I loved her singing. It was beautiful. I could feel it in her voice when she hit her high notes,” Ott said.

Ott feels that events like this bring something new to American River College students.

“I think it exposes them to different types of music that maybe they’re not used to listening to,” she said. “It opens your eyes that there’s different music out there and it’s actually good.”

This sentiment was echoed by Justin Woods, a classical music major.

“I was in this group last semester. It’s a great group – a great experience,” Woods said. “I’m a music major here at the college and it’s an amazing place. It exposes people to so many things they’re not exposed to in everyday life. I’m not sure what it is, it’s some kind of magic and it’s all right here.”

Isaiah Carter, a zoology major, and Negin Navaei, a biochemistry major, attended the concert together.

“I liked the harp a lot. That was pretty dope,” she said. “I play the piano and I know how hard it is to place your hand in certain positions.”

Carter chimed in, “It’s crazy how we’re surrounded by so much talent at American River.”

Head to Head: Should E-Cigarettes be treated the same as traditional cigarettes?