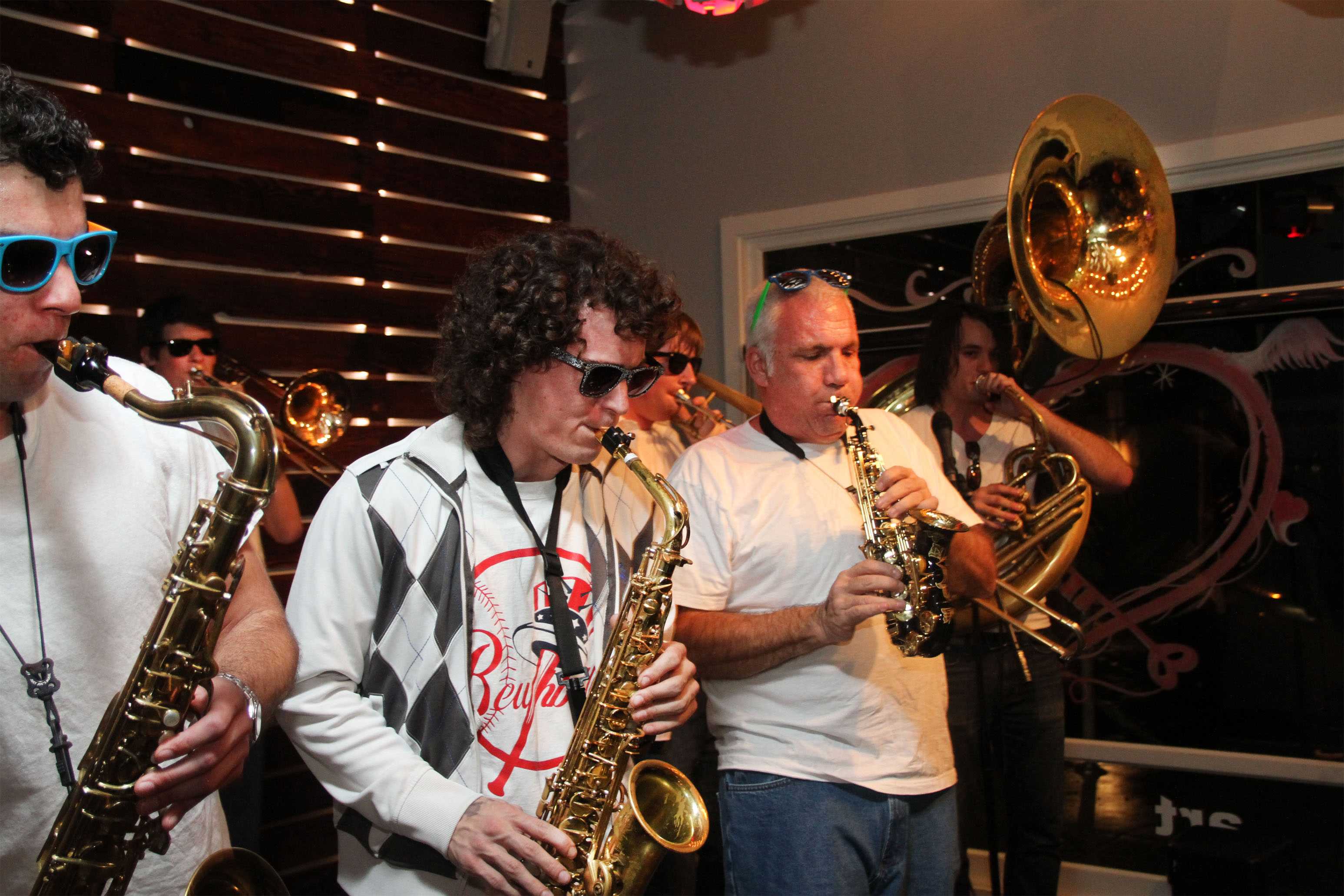 The City of Trees Brass Band performed both original pieces and popilar compositions, such as Daft Punk's "Get Lucky." Members played several solos during different songs. (Photo by Adnan Ramic)

Four members of the City of Trees Brass Band treated students to a spontaneous performance at the Rose Marks Pavilion on Feb. 11, but the complete band also performed in midtown with all of their members Saturday at Shine, a cafe located at 1400 E Street.

Alex Ramey, one of the trumpet players, addressed the size of their group.

“(We) started out small and gradually grew.”

Before the group began playing, sousaphone player Ben Hillier stepped up to the microphone to tell the audience that the band needed volunteers to dance in front of the stage and the group.

Working with a fluid set list, the group changed their tune depending on the audience, said Hillier.

At one point, Hillier announced that the group was going to play an original piece titled “Aladdin,” which turned out to be the opening song to the Disney film by the same name, then after the song, jokingly acknowledged that it wasn’t original material.

The most recognizable song of the evening was City of Trees’s rendition of Daft Punk’s recent Grammy Award winning song, “Get Lucky.”

Towards the end of the song, there came a moment where only the drums were needed.

What made the show so enjoyable was the fact that the brass band was enjoying the performance as much as the audience was. They hyped up the crowd, performed solos during songs, and reminded us to tip our bartenders and baristas at the cafe.

Not only did the City of Trees Brass Band have a good time, they kicked brass.

Vettel takes checkered flag for the eighth straight time with a win in the U.S.

With more left to cover, Apple updates the iPad line

Be the first to comment on "Kicking brass and taking names"