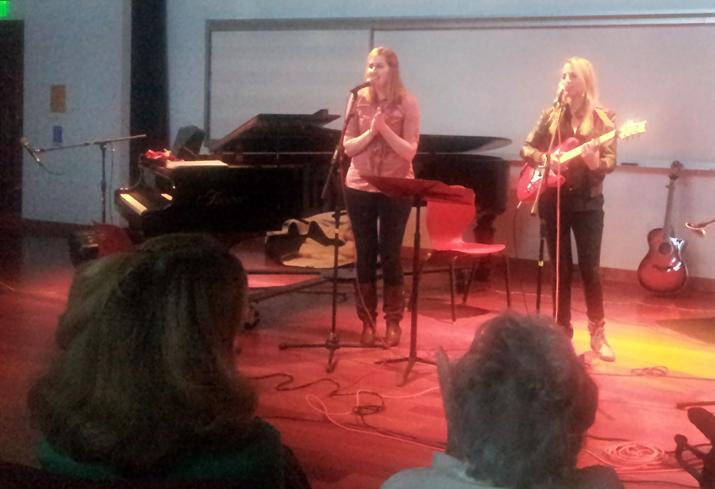 Many classes at American River College give instruction on songwriting, the business of music and applied music, which can all lead students to writing and performing original compositions.

The Acoustic Cafe Songwriters Recital is an opportunity organized by music professor Eric Chun for students to perform original songs and musical compositions. The recital is very laid back and casual, anyone can perform as long as they have auditioned and received approval from Chun.

The recital took place Nov. 22 in ARC’s recital hall room 547 and garnered about 30 attendees. Two masters of ceremonies, Eural Strickland and Malia Artsitas, introduced each of the 10 performers with some humor and got things started. Leading the recital was professor Eric Chun, playing a break-up song on piano titled “You stole my heart.”

The song that spoke the most came next, Diana Campos performed her song “Nothing’s ever what it seems.” The power ballad was inspired by the “11 million undocumented Americans who are fighting (for immigration reform).” The song resonated like the acoustic version of any popular song.

Julian Cunningham sang a soulful R&B song about relationships and love accompanied by Chun on piano called, “Explore your world,” followed by Young Timothy with his hip-hop track “Christ over money,” which he performed for the second time.

The next two rap songs were by Shani Walker and “J Terrible” respectively. Walker sang an upbeat piece titled “Gotta Go.” Walker was followed by “J Terrible” – who has been singing and writing rap for 15 years – singing his songs “Ghetto Groupie” and “Ghost,” both about his experiences coming from humble beginnings.

Closing out the show was Artsitas, the most versatile performer present who jumped from electric guitar, to vocals, to piano. She sang a duet she wrote after living on the beaches of Southern California with Morgan Wright called “Sandy Toes.” She then performed “Slow Town,” originally written by “Rude George.”

The recital was an opportunity for students to give live performances in front of their peers. The talent present impressed the audience and the performers appeared to have a lot of fun showing off their work.

The cowl must go on

Opinion: You’ll be “crushed” when King steals your game