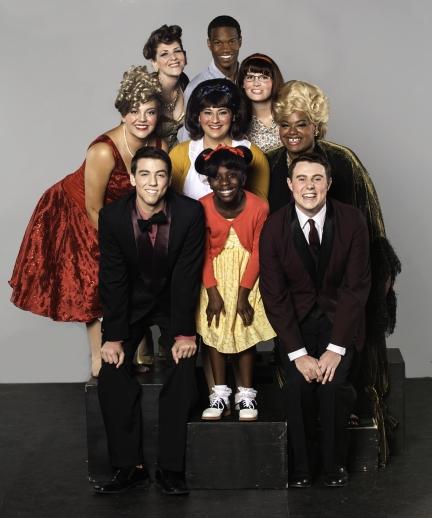 The American River College production of “Hairspray” was good, but it had some problems. Most may have been due to opening night jitters, although many of these could have been taken care of during tech rehearsals.

The casting suffered for the lead roles. The love triangle between Link Larkin, Tracy Turnblad and Amber Von Tussle fell short. At the beginning of the show I was worried because Turnblad didn’t seem to have any significant choreography when important plot elements hinge on her being an above-average dancer. With so many lines referring to the size difference between Turnblad and Von Tussle, it pulls you out of the story as an audience member when you notice the actors have the same body type.

The two perfectly-cast individuals were Sarah Richard as Penny Lou Pingleton and Jalen Justice as Seaweed. Justice proved to be a phenomenal dancer, and had great line delivery and a decent singing voice, and Richard brought exactly the right kind of energy to Penny’s character.

The biggest problems came from the sound system. Right from the start, microphones sounded off, fed back and cut out; the only safe time for sound was during solo songs. Lines were dropped dozens of times during the show simply because a microphone wasn’t coming through a speaker. For some actors on stage this wasn’t an issue and their voices still carried, but for others, when a microphone cut out you lost lines completely, especially if the orchestra was playing.

None of the audio shortcomings came from the pit though, as the 15-person orchestra accompanying the show was pitch perfect and always on cue. They provided a wonderful accompaniment to a well-written musical.

While there were many sound-related tech problems, the lighting and set were superb. Campy, colorful scenery adorns the stage and a soft orange glow on the backdrop indicates the setting of the scene. The period-appropriate and very crisp looking costumes also played a wonderful role.

By the final and the most important number, “You Can’t Stop The Beat,” microphone troubles seemed to be fixed and the actors did a great job on a piece with so many lyrics. The show ended very smoothly. If the sound was just an opening night problem and you’ve never seen “Hairspray,” you should definitely attend, as the show is so rarely performed in town.

Hobbit: The desolation of Benedict Cumberbatch

Still no arrests in campus battery