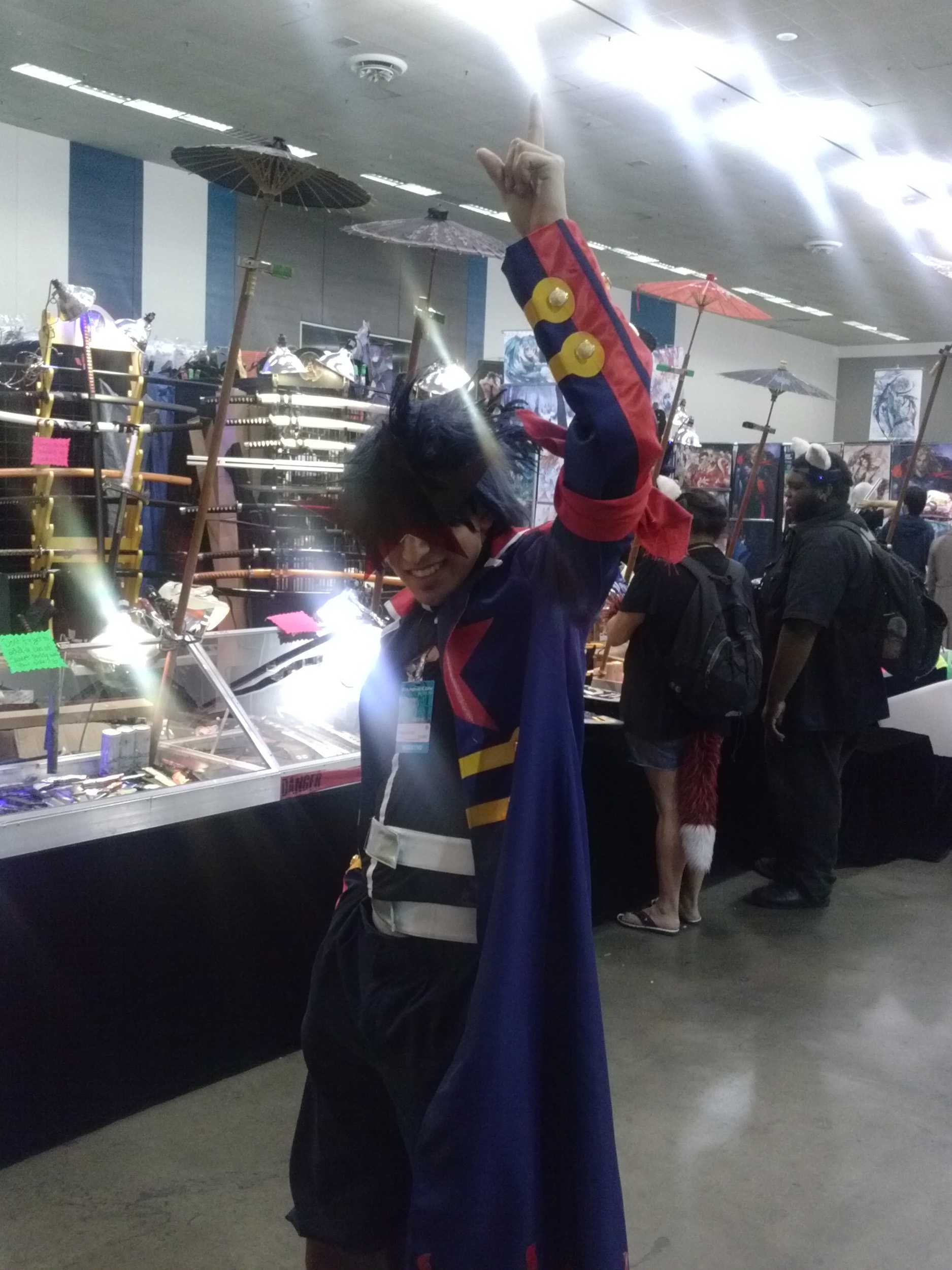 Many people will visit local game stores or online networks to meet with others and play their favorite games. However, there is a sense of a much bigger community that can only be experienced at conventions where people come from across the country to celebrate their love of all things nerd, including gaming.

Every year thousands of fans of anime and manga—Japanese animation and comics—attend Fanime Con in San Jose.

In the gaming hall, people gather to play virtually every type of game—a turn based form of tag known as Ninja, tabletop puzzle, board and card, arcade, console and PC games. Tournaments are held for people to compete against one another in a wide variety of games, tabletop and video. Two-player arcade games like Dance Dance Revolution and House of Dead stand at the far end, letting people compete against their friends, old and new. Across the entrance to the 24 hour hall sit banks of computers.

But neither gaming nor anime or manga are the pure purpose of the con. The con is something of a tribute to nerd culture overall. While the majority of goods at dealer booths are merchandise for various shows and comics and items from Japan, there are also a number of booths selling T-shirts, gaming merchandise, tabletop games and display weapons. A separate hall holds the Artist’s Alley, where independent artists sit at table to sell prints and merchandise of their own.

Sacramento artist Katrina Salumbides said “Fanime turned out better than expected … This year was bad because our location sucked and many people didn’t know where we were.” That aside, she says she “ended up doing pretty well.”

The convention center and surrounding streets were packed with attendees, many dressed as characters from comics, movies, shows and games — a practice known as cosplay, a portmanteau of “costume” and “play.” For many, dressing up as their favorite character is the entire draw of conventions. Many spend long hours perfecting their costumes.

Con attendee Becky Kinney, dressed as Vanellope von Schweetz, as the character appears at the end of the film “Wreck-it Ralph,” said “Probably about two to 300 hours of work went into (making my dress).”

Beyond the gaming, dressing up, and spending money, con attendees may also attend panels. People come together to watch anime and listen to people — often experts in their fields — discuss topics ranging from the themes of a given anime, to how draw manga, publish, and make costumes and props.

At night special dance events took place. Sunday night saw the Black and White ball, and a rave took place every night. Reportedly, though, the DJs were hit and miss.

Jocelyn Souza, 22, a Culinary Arts major, said, “I have never heard a DJ that sucks so badly. [He] can’t blend a beat and talks every two songs.”

The trouble with the DJs at the rave was far from the only trouble at Fanime this year, however. The unofficial nickname was “Linecon.” People were spending hours, if not all day long, waiting in line on Friday to receive their badges. Registration and badge pickup had been moved entirely, and with no pre-printed badges, the machines couldn’t keep up.

Some panels also had lengthy lines. The frequency with which people wanted pictures of impressive or interesting cosplays also bogged down the crowds and movement in the dealer’s hall and common areas.

Fanime’s sister con, Clockwork Alchemy, a new steampunk convention presented by the fan juggernaut, was held at the Double Tree three miles away. There was a shuttle, the sister con did not have nearly enough content to warrant a separate site with so many hotels in walking distance of the convention center.

Overall, the con was an enjoyable experience, only somewhat marred by an uncharacteristic disorganization. In years past, there were few if any noticeable problems at Fanime, and many repeat attendees expressed confusion and incomprehension over the difficulties this year.

What we’re reading: 9 Mainstream Comic Book Characters Who Came out as LGBT on the Page (and Not in a Press Release)

Be the first to comment on "Despite disorganization, Fanime enjoyed by thousands"