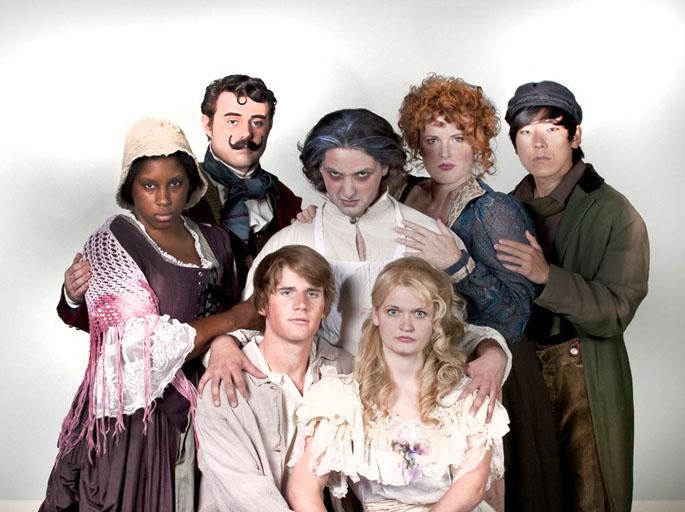 Cast members of the musical "Sweeney Todd: The Demon Barber of Fleet Street." The production, directed by Nancy Silva, begins Oct. 12 at the ARC Theater. (Photo courtesy of ARC Archives)

The Current speaks with director Nancy Silva about her take on the popular production and her interpretation for the ARC play opening Oct. 12

The story of a man who was unjustly sent into exile for 15 years by a judge who wanted to claim the man’s wife for himself, “Sweeney Todd: The Demon Barber of Fleet Street” is about a murderous barber dead-set on getting revenge on the judge who stole his life and the woman he loved. The Current had the opportunity to sit down with Director Nancy Silva for a Q&A about the upcoming musical.

Current: Will this be the first time you’ve directed this play?

Silva: I have never directed this play before. Correct.

Why did you choose to do Sweeney Todd?

I’ve wanted to do this show for 15 years at least, maybe even longer than that, and we’ve kind of waited to do it until we’ve felt like we could handle it; having the theater upgraded helped a lot. We also needed to know if we could cast it. I really like [this] kind of musical; it’s what we call a ‘dark musical.’

What about the violent content of the play? How are you handling it? Have you had to tone down the violence?

No. It’s really not [that] violent. It’s the play and not the film; you don’t want to confuse those two. In the play it’s just not that violent at all. When he slices a throat there’s a little bit of blood, but compared to what people see on film today, it’s nothing. It’s more like if you’d see Dracula or Frankenstein on stage, it’s more in that realm. The violence is fun; it’s melodrama in the best sense. I know the college really loved “Dr. Jekyll and Mr. Hyde” [and] I believe people will love “Sweeney Todd” for the same reasons.

What would you tell someone who has only seen the movie?

That the play is 10 times better. I thought the casting in the movie was bad. [The characters] were too young, youthful and good-looking, they changed the play and they dwelled on the violence in the movie. The play doesn’t do that at all.

When do you open?