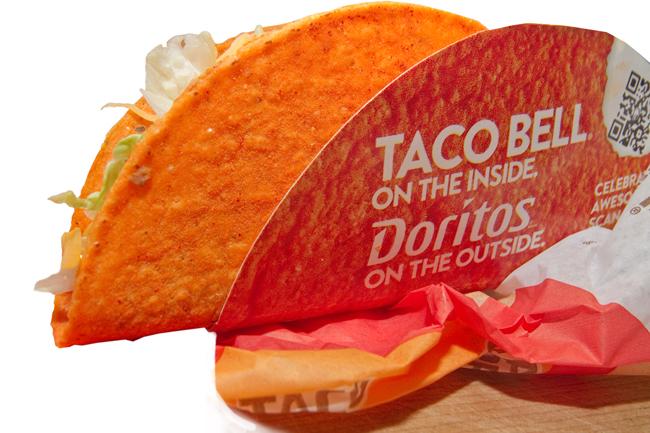 Shortly after re-introducing breakfast and unveiling the slogan “Live Más” to their customers, Taco Bell unleashed the Doritos Locos Taco.

The Locos Taco was first seen in a picture posted on the internet last year from a test store. Since then, speculation had been rampant about if or when it would be released.

After reports that its earnings were less than projected for 2011, Taco Bell announced several menu additions, including the aforementioned breakfast, a Chipotle-like “Cantina” menu, and the Doritos Locos Taco, using a Nacho Cheese Doritos shell. There are also plans for a Cool Ranch version slated for this fall, according to The Herald News.

Then, in February, a countdown clock appeared on the Taco Bell website. March 8 was D-Day for the Doritos Locos Taco.

As I traveled to Taco Bell on Thursday, March 8, I was thinking of all the possibilities of bliss that this modern-day marvel of a taco shell could bring.

Glancing at the menu, I noticed there was a regular Crunchy Taco and a Supreme version, each having 170 and 200 calories, respectively, the same amount of calories as their comparatively boring counterparts. The Crunchy Taco version is $1.29, and the Supreme is $1.69. I chose the Supreme.

As I unwrapped the taco, I was confronted by an orange-tinted taco with a cardboard sleeve encompassing it. As I slowly slipped the sleeve off, my eyes widened. My mouth was agape. I couldn’t believe I finally had it in my possession.

In the first bite, I was greeted by the tangy, cheesy goodness of the shell slowly medling with the seasoned beef, crisp lettuce, cool sour cream and shredded cheese of the normal Crunchy Taco. It was this rush of Taco Bell goodness mixed with Doritos that displayed everything that is right in this world. After I finished all four tacos, I sat back, thinking about how I couldn’t wait to be hungry again.

And then I saw them.

‘Gears of War’ series saves the best for last