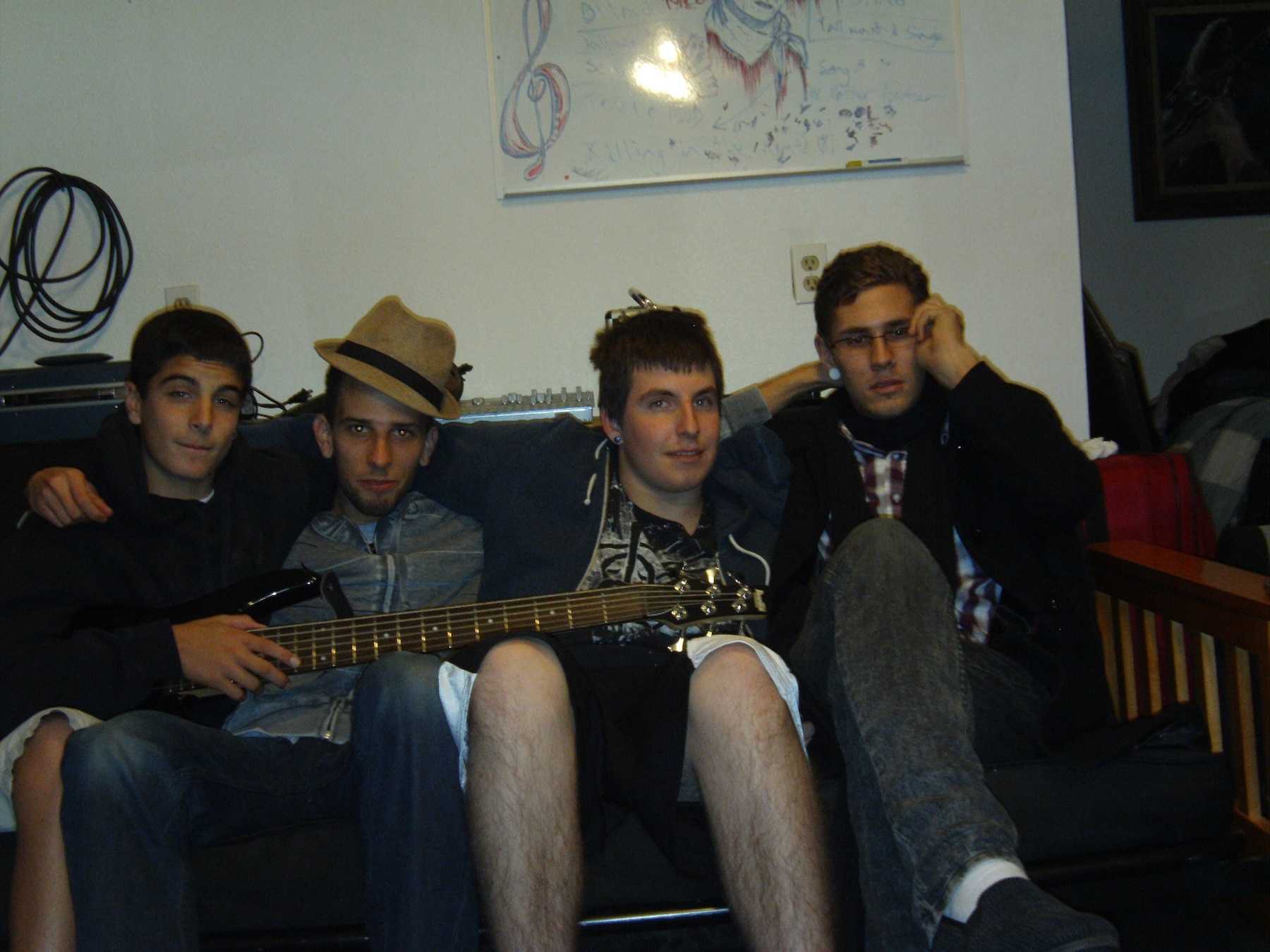 McTernan, a Commercial Music Recording major, says, his inspiration is due to the “experienced students and motivated faculty,” he’s connected with at ARC’s music program.   McTernan is enthusiastic about his future in the music business.  “I want to better myself and my career,” exclaiming, “Dr. V is the Man!”(Dr. Merlyn Van Regenmorter, Commercial Music Director, at ARC)

McTernan is currently taking concert sound reinforcement and business of music.  He says, academically, his goal is, “to gain greater knowledge of notations, signal flows, digital/analog recording, and differentiating frequencies.”

Set on building a career in the music business, McTernan expresses, “There are many opportunities in this field but I can’t really know how much I will love a career until I begin it.”   The Industry these days, is in a continual mode of growth and change, leading McTernan in his beliefs that, “things never stay the same, no matter what.”

There are endless ways to develop music and sound now. So he strives to stay focused, and true to what’s most important personally, saying, “so, that my dedication can inspire me.”

The band Blind Rebel Lion is still in its birth stages.  They are still developing their own unique style and have just begun the gelling process that all great bands go through.

As for musical style, McTernan says, he has, “set out to blend multiple genres together.”  They describe their music as Indie rock.  Indie is short for independent.  ‘Indie Rock’ is a genre of alternative rock that originated in the United Kingdom and the United States in the 1980’s.

It is extremely diverse with sub-genres that include lo-fi, post-rock, math rock, dream pop, noise rock, space rock, sadcore, riot grrrl, and emo.  In the 1990’s it came to identify acts that were considered outsider or underground bands with less of a testosterone driven sound.

McTernan met band members, Mathew and Christopher Lomas two years ago thru a friend of his brother.  About a year later he met singer, Ian Loveless at a show.

Now 21, McTernan says he has been playing the guitar for eight years.  He can play anything from country, to jazz, to grunge, but stresses, mixing styles is what he is into today.

Mathew Lomas, 17, has been playing the drums for nine years.  He likes all genres of music, but says, “Rock, metal, and alternative, are my favorites.”

Christopher Lomas, 14, plays the electric bass and has been playing it for three years.  He prefers to play rock and alternative, but says, “Any genre, to me, I enjoy.”

Ian Loveless, 22, said, he was, “born to make music.”  He has been playing guitar and writing songs for about twelve years, playing piano for two, and a producer as well.  Loveless said, he has, “been singing my whole life,” but said, “I’m a poet before anything.”

Individually they seem to have very different tastes in styles of music they like to listen to.  Though, when playing together as a group, they have created a style all their own.

In the end, together with band members, McTernan explains, through our music, “We want Blind Rebel Lion to, spread the vision of life, love, pain, hope, and happiness,” to everyone who is listening.

Major decisions: the highest-growing fields of study for ARC students