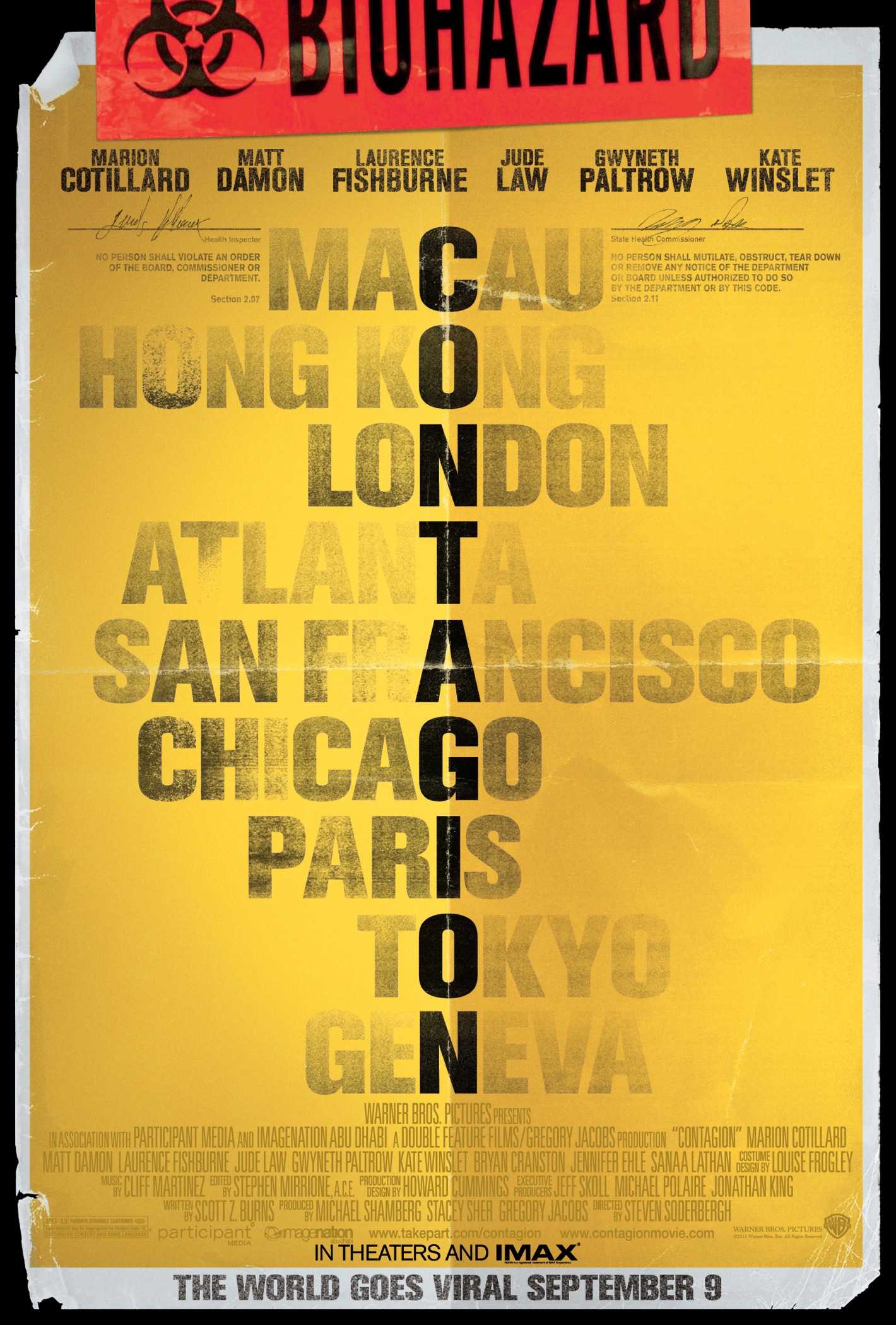 You embrace a stranger for a picture to go in their scrapbook; you wait tables and pick up after someone when they leave; you help someone off the ground, and then proceed to itch near your eye. Congratulations, you just caught one of the nastiest flu viruses ever and have about 48 hours to live. Or you’re the plot to Stephen Soderbergh’s “Contagion,” which opened in theaters Sept, 9 shooting to the top of the box office its opening weekend.

When there are too many big name stars in a movie, generally all signs point to a bad movie (See: “Valentine’s Day”) for one reason or another. “Contagion,” breaks that trend and does not disappoint any fans of the realistic, thought-provoking psychological thriller that is this movie from open to close.

The movie picks up speed from the start as businesswoman Beth Emhoff (Gwenyth Paltrow) ends a trip to Hong Kong and is seen with a slight cough, leaving a message to an ex boyfriend she visits while in a layover in Boston. From there, she heads home to Minneapolis where husband Mitch (Matt Damon) eagerly awaits her.

Meanwhile, a montage of the spread of the disease shows viewers clips of Hong Kong, Tokyo, and even England as people who came in contact with Emhoff are seen with symptoms of their own.

The movie shows what could happen if “the wrong pig met up with the wrong bat,” a line from an unnamed scientist (Demitri Martin) working to find a cure.
Every actor hit his or her own professional stride throughout the film. From Laurence Fishbourne’s heartfelt cunning as he does what he feels is right, to the military protocol-driven mindset of Bryan Cranston, there isn’t a single performer onscreen that doesn’t deliver those proverbial goods to the audience.

Director Stephen Soderbergh, who also directed the “Ocean’s” trilogy, shows he knows his stuff and can take the burden of keeping so many actors on the right path with great stride. He also proves that he can yet again take something real (he also directed “Erin Brokovich” and “The Informant!”) to enrapture moviegoers from the opening scene.

Its captivating realism left this reviewer unnerved at times. The scariest part of the film had to have been when someone sneezed in the seat next to me.

“Contagion” didn’t need the emotionless zombies of “The Crazies” or overdramatic twists of “Final Destination” to keep your attention locked or your heart pumping at the edge of your seat. Instead, it shows us what could happen when there seems to be no end to the suffering, while paranoia, greed, and deception envelop even the best citizens of society.

Be the first to comment on "‘Contagion’ exhibits a chilling realism"