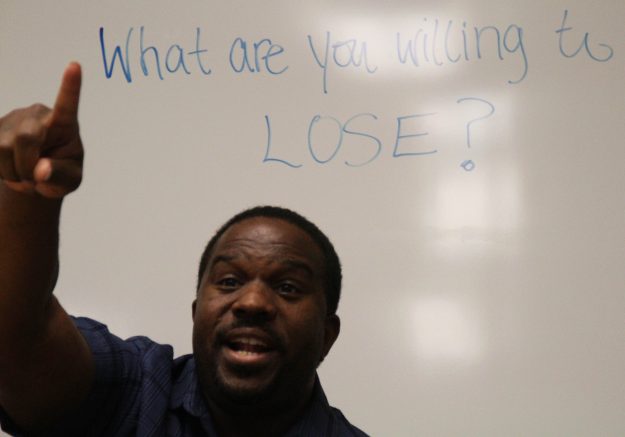 Pastor Arthur Jenkins III gets passionate as he talks about the church’s role in the Black Lives Matter era, during the Faith Covenant Community Church’s panel at American River College on Sunday. (Photo by Jordan Schauberger)

The story of Linda Marie Anderson finds a Sacramento woman bloodied and beaten by police, unaware of why she was assaulted and arrested. It echoes eerily similar to the stories of many black Americans across the country.

Four years later, Anderson’s search for a way to tell her story and facilitate change led her to the Faith Covenant Community Church’s (FCCC) panel on reimagining the role of ministry in the era of Black Lives Matter.

“I live in fear because of what happened to me and continues to happen,” Anderson said. “I may be the only one out here, but I’m not the only one who knows what happens.” 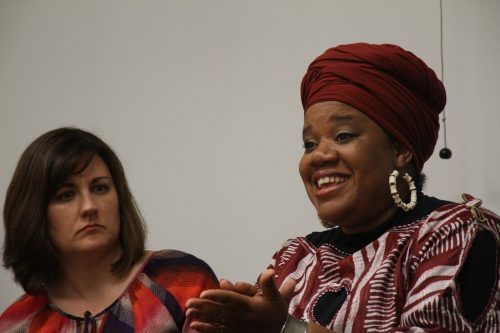 Brandy Liebscher (left) listens to Danielle Williams as she talks about the church’s role in the Black Lives Matter era, during the Faith Covenant Community Church’s panel at American River College on Sunday. (Photo by Jordan Schauberger)

Panel moderator Elika Bernard recognized Anderson’s story as one which many around the country, and within the Sacramento community, are confronted with on a regular basis – and then told that their version is invalid.

“The narrative that they sell us is ‘certainly she must have done something wrong,’” Bernard said. “We’re told that those things are not possible because we live in this great society, so how could we possibly be immoral.”

Believing that violent and oppressive issues stemming from the racial divide in the United States are only continuing to get worse, the FCCC and the church’s pastor Kendall Young organized the panel on Sunday to discuss what religion’s role is in advancing social justice.

They are also planning to organize another event in the near future and hopes to form a team to stand up against racial injustice within the Sacramento community.

“We need to raise up our voices collectively and demand the changes that are necessary for us in this society,” Young said. “These injustices are not new to us, but at some point we have to stand in unity to be able to say … we are willing to come together.”

Of all of the race-related injustices facing U.S. society today, the one that has arguably made to biggest impact and had the most media coverage has been the issue of race-fueled police killings of black Americans.

In 2016 alone, police have shot and killed 188 black people and another 66 people who haven’t been identified by race. These statistics aren’t abnormal to Sacramento, since the community has witnessed the deaths of Dazion Flenaugh and Joseph Mann – both of whom were suffering from mental illness.

“We need to raise up our voices collectively and demand the changes that are necessary for us in this society.” 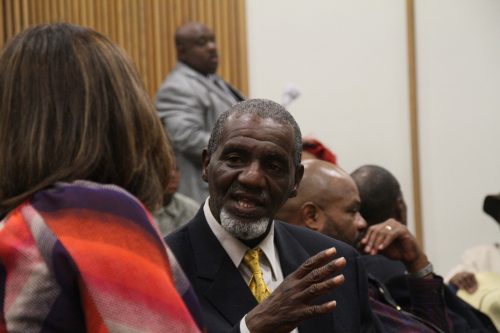 Arthur Jenkins III said that the issue is perpetuated because media shapes the way that we think about and have faith in the world.

Danielle Williams, panelist and community justice organizer, said that if change was going to happen it has to happen now.

“Those who have benefited off the backs of people of color will continue to benefit if our congregations don’t see a need to address racism, then we will continue with status quo,” Williams said. “So, now we are flipping the script and saying, ‘no more.’”