Several states around the country are proposing, or have proposed bills which would make it legal for individuals to refuse to provide services or material goods, in connection with any activity that violates the individual’s strongly held religious or philosophical beliefs. The activity is being broadly defined as same-sex marriage. The services and goods are considered to be, for example, wedding cakes, church halls and wedding photographers. 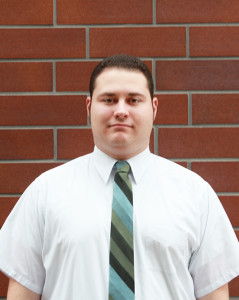 I think bills like these are reasonable protections of individual conscience. The claim some gay rights activists have made that this would allow businesses to not service gays because they are gay is specious at best.

These bills specifically refer to those services related to the production of a gay marriage. This is not Jim Crow revisited. If it were, I would wholeheartedly oppose it.

Rather, these proposals are grounded in that same argument used by James Madison and the gay rights movement – freedom of conscience.

If we agree that government shouldn’t impose morality on people, that conscience should reign supreme, it logically follows that the government can’t prohibit gay relationships.

It also logically follows that the government can’t force certain religious people to act in opposition to their beliefs by participating, however passively, in what they see as opposed to a higher law.

This is a difficult issue for me. In my four years as a reporter, in both high school and college, I have interviewed gays who were bullied, gays counter-protesting the Westboro Baptist Church and Christians who say that homosexual behavior is a fast track to hell.

As a practicing Roman Catholic and friend to someone who has two moms, nobody needs to tell me just how mind-wrenching this issue is.

When all is said and done, however, freedom to marry doesn’t mean freedom from dissent. If you use the conscience argument, you have to accept that consciences disagree. 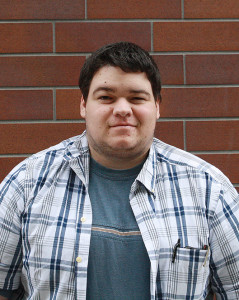 Most of the legislative language is broad when referring to these services. If you take a very nonspecific approach, everything a married couple does can be considered as relating to the marriage.

And when you consider what goes into a wedding – photographers, coordinators, videographers, bakers, caterers, DJ’s, sound engineers and media operators – you understand that multiple services could be affected.

Legislation of this kind could lead to the denial of services to a variety of people, in a multitude of marriage arrangements, not just gay marriages.

A marriage among polygamists may very well violate the strong beliefs of a fundamentalist Christian.

A photographer with free-spirited, loving philosophical values, could refuse service to a couple in an arranged marriage, if the argues it violates his beliefs.

The potential for discrimination against married people is too great. These legislative bills could devastate communities at large.

Someone else’s marriage has no bearing on another person’s religious convictions. It is absurd to think that it would. Furthermore, providing services to customers in no way endorses whatever type of marriage they have.

This trend in legislation is a result of more and more states legalizing gay marriage, but with the wording in the bills being so vague, the potential for discrimination can only be described as against progress.

It is the opposite direction society has been trending and feels like a last ditch attempt for some fundamentalists to equate “not getting their way” with “religious persecution.”

1 Comment on "Head to head opinion: Whom shall I serve?"