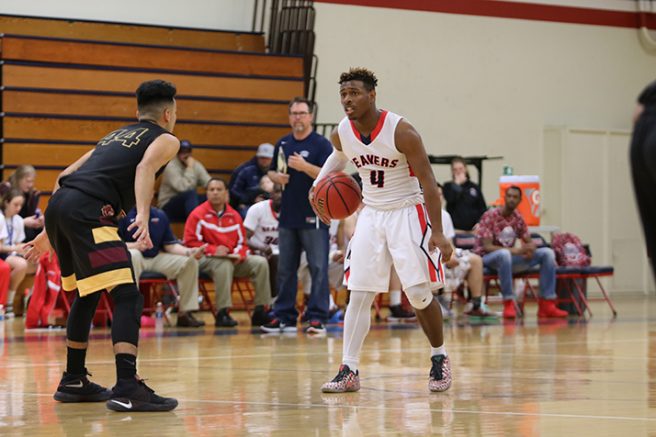 The American River College’s men’s basketball team had a rough night defensively as it lost its final regular season game to Sacramento City College on Friday, 95-74.

ARC was looking to improve its potential seeding for the playoffs as the team entered the night in third place, with an 8-5 conference record against BIG 8 opponents compared to Sac City’s 9-4 record.

The Beavers started strong offensively in the first half racking up 20 points to Sac City’s 15 after 10 minutes, but several defensive miscues allowed Sac City to take the lead into halftime with the score at 43-35.

Guard Jerico Avery, who led scoring with 25 points, said the the other team just wanted the win more than they did.

“They outworked us, outplayed us, out hustled us, and basically they wanted it more than we did,” Avery said. “Now we gotta work hard and get ready for the playoffs.”

The Panthers didn’t help themselves entering the second half, racking up six fouls in four minutes and allowing their gap to shrink to four points with 14 minutes left.

The Beavers were seemingly unable to capitalize on the fouls committed by SCC, missing 12 free throws in the second half and shooting only 53.8 percent from the line.

The game didn’t get any easier for the Beavers as they were down by 14 points with five minutes left in the half en-route to a 21 point loss to close out the regular season.

Coach Mark Giorgi said the team got complacent once they took the lead, and the players just presumed that they were going to win.

“We’ve beaten them twice this season, we got up 10 and our guys just said ‘oh that’s over. We’re gonna win the game,’ And just completely lost focus,” Giorgi said. It’s part of the reason why they’re here.” 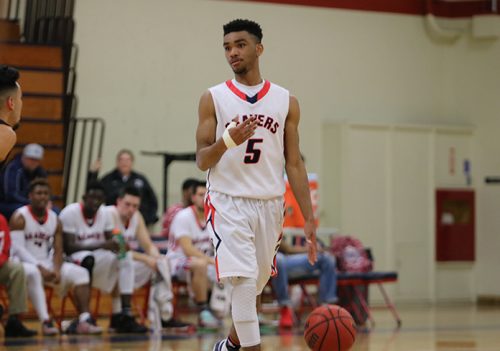 American River College guard Everett Campbell dribbles the ball at the top of the key during a division game against Sacramento City College on Feb. 16, 2017 at ARC. ARC lost 95-74. (Photo by Cheyenne Drury)

“You can’t count on the last two times you played somebody you know,” Giorgi said. “They’re a completely different team.”

Despite the loss, ARC made it into the playoffs as the 13th seed and will be traveling to play the  fourth seeded Fresno on the weekend.

Giorgi said that “it’s gonna be a tough game,” but they only have one outlook for the postseason.

“If you don’t win the state then who cares?” Giorgi said. “There’s one winner, and the rest didn’t win. I wouldn’t call them losers, but they didn’t win. We just gotta go after it.”

Avery said that he’s going to approach the playoffs the same way as any game.

The Beavers will play Fresno on Saturday at 7 p.m.