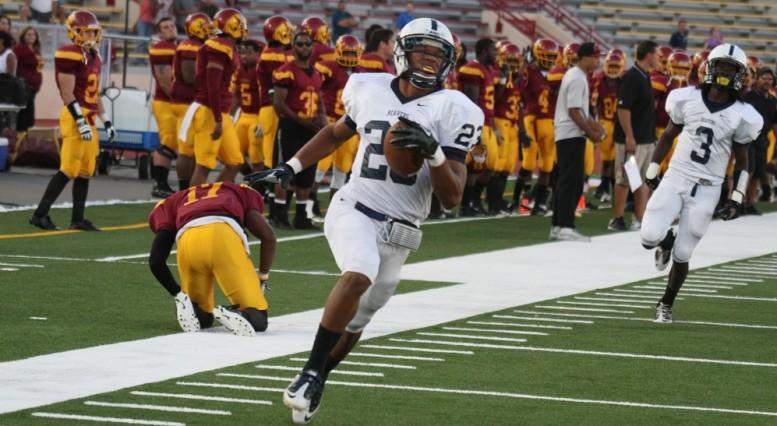 Former American River College running back Devontae Booker is holding a workout in Sacramento for NFL scouts ahead of the April 28 Draft. Booker recorded 1261 yards and 11 touchdowns during his senior season at Utah. (File Photo)

Devontae Booker, former American River College running back and current Utah Ute, is scheduled to hold a workout for NFL teams in Sacramento on April 12.

The 5’11”, 219 pound back was only able to partake in the bench press and interview portions of the 2016 NFL Combine due to a torn meniscus that occurred late in Utah’s 2015 season.

During Booker’s final season at ARC he rushed for 1,472 yards and 15 touchdowns, netting him a scholarship to continue his career at The University of Utah.

An incident involving a forged transcript by Booker and an ARC employee cost Booker his 2013 season and almost cost him a scholarship to Utah, but the Utes still wanted him as running back for 2014.

Booker immediately performed for the Utes by totaling 2,773 yards, 21 touchdowns on 560 touches over two seasons, earning him two All-Pac-12 team selections: first-team in 2014 and second-team in 2015.

Booker is hoping to show NFL teams in attendance that he has fully recovered from his torn meniscus and is ready to contribute in the NFL.

Kyle Elsasser is a first-semester student on the Current, where he serves as a staff member. He plans on transferring to Sacramento State to complete his Journalism Degree.