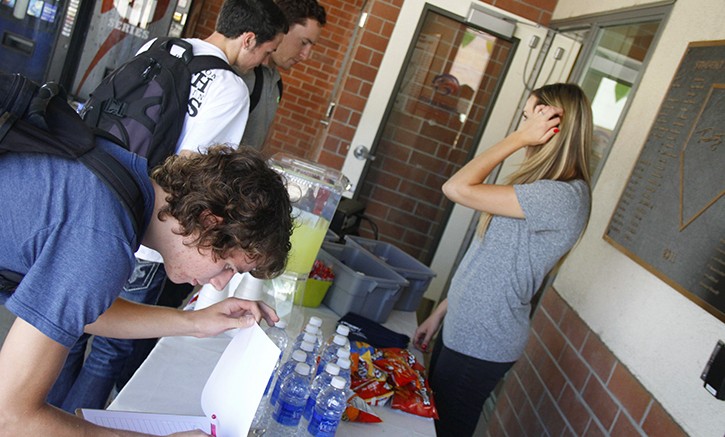 Student athletes once again have a place to call their own with the reopening of the Dusty Baker Center, which closed its doors almost three years ago.

During its closure, athletes had to go to regular general counselors. It was originally closed in part because it was too small.

Now that the center has returned, there are full-time and part-time athletic counselors to help students achieve their academic and athletic goals.

The center also wants to help clear up any athletic confusion as far as eligibility and financial aid are concerned.

The overall goal of the center is to “help with the academic side of the student athlete,” said Olga Prizhbilov, an athletic counselor at the center.

The center has held sixteen workshops over the summer during the evenings to work with the athletes busy schedules.

The workshops were hosted for the football team to help them with time management and study skills.

“It helps when counselors know about your academic and athletic goals,” said cross-country runner Anthony Sanchez.

The center will be also offering incentives to individual athletes and teams that obtain a certain GPA throughout the year.

In addition, the NCAA Scholar Award will be given to any athletes that fulfill the requirements for the award, which require that athletes maintain a GPA of 3.2, play at least two semesters and is recommended by the faculty representative.

Mainstreaming helps athletes get out of the comfort zone of only being in contact with fellow athletes and helps them become apart of the ARC community as a whole.

Allie said, that the center understands the “life of student athletes is a sense of urgency.”

Already, multiple coaches have signed up their teams to workshops and the staff is hoping to see many more join.