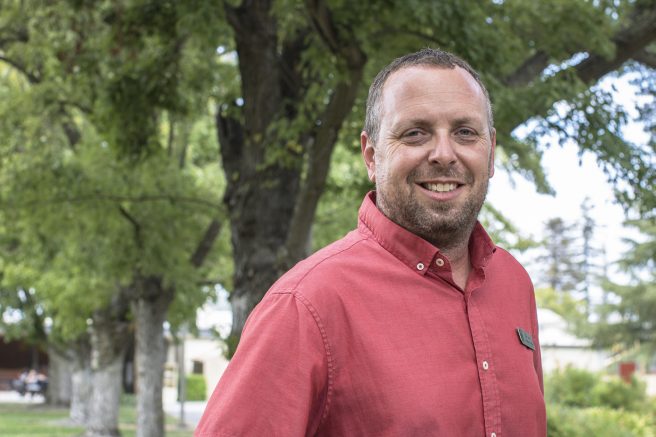 This year the Arbor Day Foundation designated American River College as a Tree Campus USA for its commitment to arboreal care and education.

ARC joins other colleges like California Polytechnic State University, UC Davis and Sacramento State in becoming a tree campus and is only the fourth two-year institution in California to receive this recognition.

The effort began in 2014 when the college’s iconic Valley Oak tree, which was the inspiration for the ARC logo, died and needed to be removed from the portable village.

The great oak was over 350 years old and meant a lot to the school, according to Don Reid who is in charge of Printing Services and lead the effort to become part of the Tree Campus USA program.

“One day, one of my staff members came in and said ‘they’re cutting that tree down and taking the wood away as firewood. We need to put a stop to that. Do something,’” Reid said.

Reid said he realized that there was no way for students, faculty or staff to voice concerns about what to do with the campus trees and he wanted to see that change.

He arranged to have the tree milled and the boards were used in campus projects using funds approved by the Associated Student Body Student Senate.

Still, Reid wanted to find a more permanent solution that would create a structure to allow people to voice their concerns about the care, removal and disposal of the trees.

“I was driving down [Highway] 50 one day and Sac State had this big billboard that said Tree Campus USA designee. We’re super proud of the fact that we got ours again.” said Reid.

Reid took a mental note and when he learned more about the Tree Campus USA program he saw it as the perfect opportunity.

The college now has a tree advisory committee and a tree care plan.

Most exciting of all according to Reid, was the learning service project that crowd-sourced a group of 25 volunteers to geo-tag every tree on campus using their cell phones.

The count is currently 1384 and Reid estimates that there are another 500 that remain untagged.

The next phase of the project is to identify all of the tagged trees with the assistance of the college’s Horticulture Department.

The campus commitment to its trees also provides a unique opportunity for some instructors to enrich student education and bring the classroom outdoors.

Botany Professor Renee Shahrokh has a campus tour lab where students use a key of leaf characteristics to identify specific tree varieties.

“I like to get them [students] outside on the first day so they can learn how to use what they’re learning about leaves to identify the trees,” Shahrokh said.

There are even trees of historical significance; one unassuming tree came from the garden of controversial Roots writer Alex Haley.

The origin of the tree was originally buried over fears of vandalism to the tree, but thanks to the cataloging effort it now has a marker identifying its significance.

This diversity gives instructors first-hand examples of ecology, sustainability, the effects of climate change and even social issues.

Nathan Bauer is a returning American River College student and a first semester writer with the American River Current. He is currently studying journalism and plans to transfer to Sacramento State with an associate’s degree.