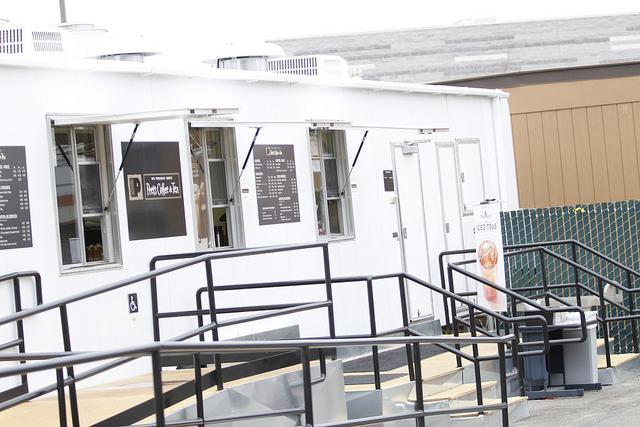 Pete's coffee and Tea is new to American River College campus this semester. The coffee shops have become such a habit in society today that they are popping up around every corner. (Photo by Kevin Sheridan)

It’s a morning ritual for some and a passing fancy for others.

Kukhta is not a rare case, as many people consider themselves coffee “addicts,” the caffeine rush is just too much for some people to pass up.

Starbucks is the biggest coffee house chain in the world with over 21,000 stores worldwide. The Seattle-based chain was instrumental in the boom of coffee houses around the world.

ARC Starbucks employee Tonya Klimkiv says working at Starbucks can be stressful at times but she has grown use to it.

“There was one by my house so i decided to get a job here,” said Klimkiv. “It’s a job.”

Other chains like Peets and Seattle’s Best have also done well in the coffee house business but pale in comparison to Starbucks stronghold on the industry.

The coffee boom has spawned mom and pop coffee shops. Some people actually prefer the comfort of these shops.

“I prefer most of the local shops in midtown but this (ARC Starbucks) is like the closest thing.” said ARC student Dante Loggins. “It’s like a stop in between classes because I can’t really drive downtown to get a good coffee.”

The tastes of coffee drinkers are very different and that’s why coffee houses offer many blends and flavors that are always competing to find the newest thing.

“I like mine black,” said Kukhta. ”Coffee with sugar on top of sugar, that’s not coffee.”

Klimkiv said that her time working at Starbucks has given her a new appreciation for the drink.

“I liked (coffee) before, but I like it more now,” said Klimkiv.

“I drink Starbucks seven out of 10 because it’s just convenient,” said Loggins.

Campus Pulse: What would make you [a professor] strike?