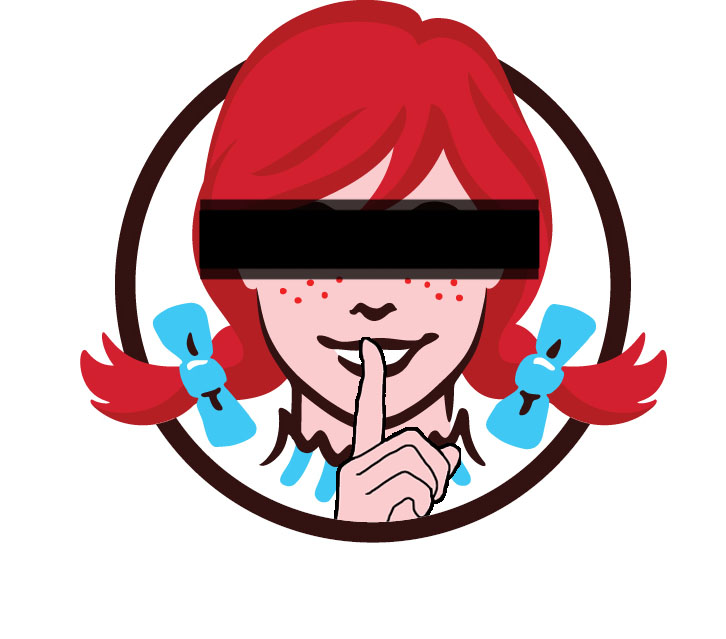 This undated image provide by Wendy's shows the fast food company's new logo. For the first time since 1983, the Dublin, Ohio-based fast food company is updating its logo in a move intended to signal its ongoing transformation into a higher-end hamburger chain. Instead of the boxy, old-fashioned lettering against a red-and-yellow backdrop, the pared down new look features the chain’s name in a casual red font against a clean white backdrop. Illustration by Zach Tierney

When I was first introduced to the world of fast food I was a naïve high school graduate. My world was simple: good and bad, right and wrong, black and white. Then a certain red-haired mistress introduced me to the gray in the world.

There were people that specifically ordered some complex creation in the hopes that I would mess up – the people that wanted something to go wrong – just so they could complain. I met these people and truly believed that they were evil, soulless demons with every intention of ruining my day every time I forced myself to go back to work.

Those that have worked in fast food know that it begins to seep into every aspect of your life like a social cancer. It took up all of my time. The few days that I had off I met people who would ask, “Where do you work?” or “What do you do?” and upon hearing my answer, look down on me with utter disdain.

My car, my home, and myself all began to smell like fryer oil and old meat. I would dream of taking orders on the drive-thru and hear the phantom sounds of a cash register as I went about my day. Working there made my life a waking nightmare.

Not all of the ill effects of my own personal hell were psychological. As the time I spent working at Wendy’s progressed, it began to take a physical toll. Working for over eight hours surrounded by greasy, salty bites of seemingly unnatural foods didn’t leave many options for healthy eating.

With the ever-changing schedule, I frequently worked various hours. Too often I would work until two in the morning, only to clock back in seven hours later.

However, it wasn’t all long hours and hellish customers. There were rays of hope that lifted my spirits each day. I had regular customers that would ask me about my life and legitimately cared, such as an elderly woman that visited our restaurant around midnight every day and insisted on leaving a tip. Or the kind man that knew every employee by name and asked about each of us.

Despite the very few things that aren’t horrible about food service, I still hated it. I hated serving ungrateful people and I hated cleaning up after them and their children.

Be the first to comment on "For here or to go?"