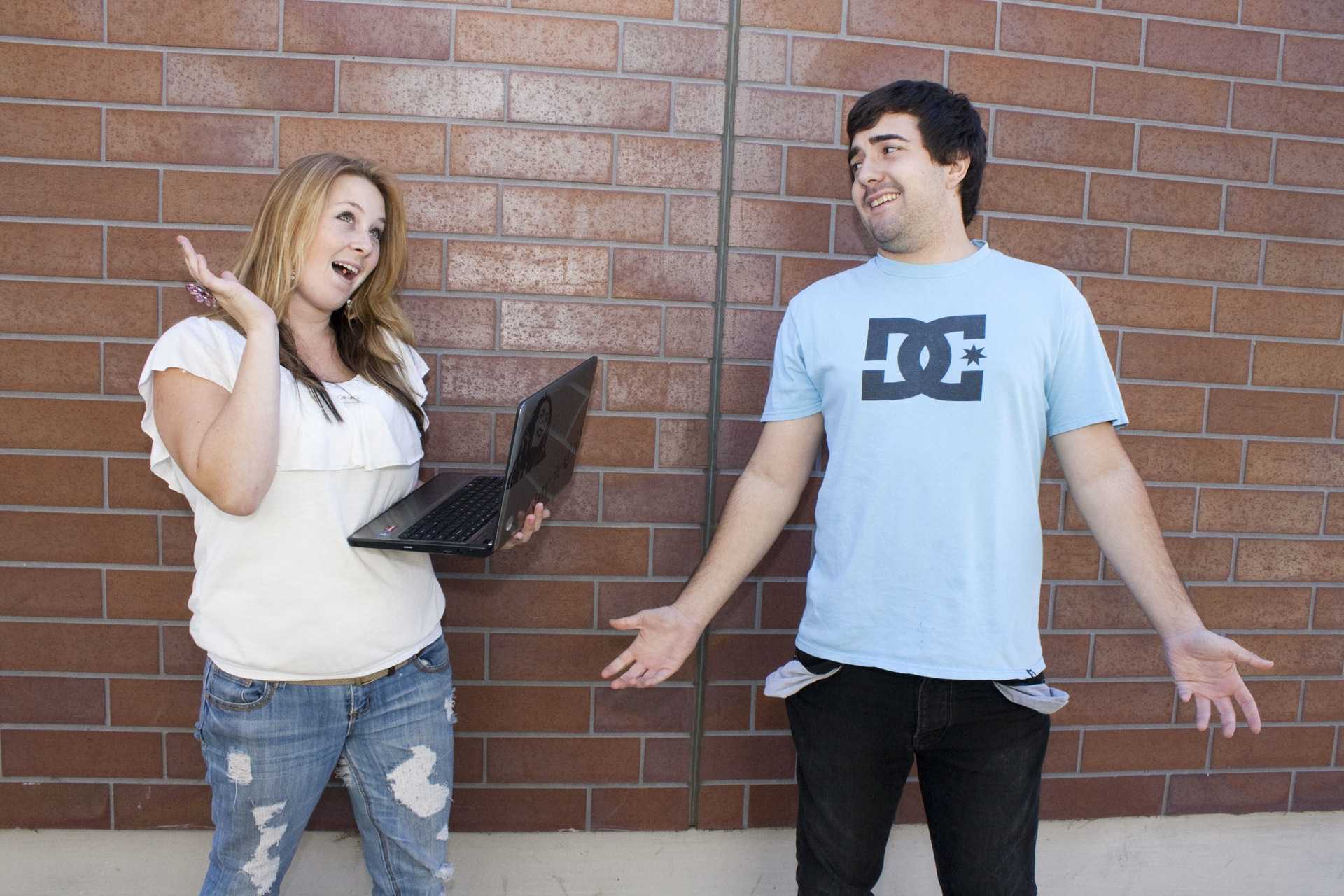 Not paying California sales tax for items purchased on Amazon sounds like a good idea, but the “Golden State” is missing out on $200 million in annual tax revenue because of it.

Now, I’m a broke college student and I love to save money wherever I can.  Personally, I buy all my textbooks at an extremely discounted price on Amazon, but not anymore. I refuse to contribute to a company that is hurting my state. I’m a California girl, born and raised for 25 years. I care about California’s financial well-being and I want our state to get out of this huge budget deficit.
Legislators passed a law earlier this year that required all online retailers with affiliates in California to pay state tax beginning July 1, 2011. Instead of requiring customers to pay sales tax, Amazon tried to fight California by getting signatures to put this issue on the

June 2012 ballot. Gov. Jerry Brown gave them a reprieve and in return Amazon agreed to drop the signatures.

It bothers me even more because I hate that people and companies attempt to find loopholes in the laws.  As soon as Amazon realized that the 2011 law would require them to charge state sales tax if they had subsidiaries in the state of California; they pulled out. Amazon cancelled all 25,000 accounts with companies that were affiliated with them.

Without the tie to Amazon, these affiliates would be unable to contribute significant tax revenue to the state. No Amazon, no revenue, no taxes paid to California. Amazon tried to work a major loophole that would end up hurting other revenue sources in our state.

Even more appalling was Amazon’s audacity to try and strike a deal in California. Their genius idea was to skip out on charging state tax until September 2012 and in return they will build two distribution centers. Amazon figures if they open distribution centers within the states boundaries, then they are legitimately in the state and should require consumers to pay state tax. Since Amazon would be contributing 10,000 jobs and helping us out with our 12.1 percent unemployment rate, we should just look the other way right? We should just eat the $200 million in revenue that would be lost? I don’t think so.

Unfortunately Amazon has won this battle for now. Brown’s new law gives Amazon a one-year reprieve before they have to charge a sales tax. Amazon also has to open distribution centers in order to create new jobs.

Regardless of Brown’s decision, Amazon’s addition of jobs to California will only end up costing us jobs in the long run.  According to the California Retailers Association, 18,000 jobs are lost per year because of online competition. Not only are we going to lose jobs, but we are allowing unfair competition between Amazon and the small businesses and larger retail stores in California. Why should anyone have to charge California state tax? Oh, I don’t know; because we live in California, that’s why.

If you’re a resident of California, you have to pay state tax because that is what responsible citizens do. Don’t complain either if you have to start paying it. It helps out your state, which helps you out in the long run.

Remember, like Benjamin Franklin said, “In this world nothing can be certain except death and taxes.” Deal with it Amazon.

By now, California citizens should be familiar with the states ever increasing debt. It seems as if there is always a new bill or new idea being brought forward to California’s legislature that is designed to remedy our fiscal problem.

The state has accumulated the majority of this debt from its constant borrowing in recent years. According to the L.A Times, “California tax payers must pay $2 for every $1 spent by California’s government.” This must be done in order to pay back the money the state still owes. Also, according to the L.A. Times California pays the premium amount on its loans since the state hit its “rock bottom” in credit.

Gov. Jerry Brown signed a bill into legislation on June 29, forcing Amazon.com to collect taxes on all sales in the state of California. The new law will only bring in an estimated $200 million in annual revenue to help pay back the states debt.

That is hardly enough to make a noticeable dent in our already, $375 billion debt that is still growing every year according to usdebtclock.org.

I’m sure $200 million isn’t worth the trouble that California has already gotten itself into just trying to get Amazon to pay taxes. The state should pick the easiest and most beneficial route, like the legalization of marijuana or the proper taxation of pharmaceutical companies that are based in California.

The legalization of marijuana would bring in an estimated $14 billion in revenue in California alone, according to Time.com.
Our state needs to work on establishing ideas that generate a more substantial amount of money. Taxing Amazon is not going to generate enough money annually to solve our debt crisis.

Many of Amazon’s customers oppose the new bill and this tax could cause Amazon.com to lose sales. This means that the state cannot be sure they would even make worthwhile profit from taxing Amazon.com sales. Fewer customers mean less tax money.

On top of it all, Amazon has cut ties with 25,000 affiliates in California to avoid the new tax bill. One affiliate, Ken Rockwell of San Diego, the owner of a 12 year-old photography website, told the Los Angeles Times he planned to move out of state. “It’s a question of where not when.” A quote from a letter written by Amazon to California legislature states, “We appose this bill because it is unconstitutional and counterproductive.”

This tax bill has caused more problems for the state of California since its creation. The loss of Amazon’s affiliates means less money going back toward fueling California’s economy. The bill needs to be amended or a new and more beneficial plan of attack needs to be issued if California plans to tackle this crisis.

Many people claim that this new bill is beneficial because Amazon has taken customers away from local business. In my opinion, if you want to support your local stores, then you can buy from them and eat the cost knowing that you helped give money back to your economy. Otherwise, you can go online to Amazon.com, or any other online retailer, and purchase the same items at a cheaper price.

If that means some local business has to suffer then all I have to say is; that’s capitalism.

Opinion: What we can all do to increase voter turnout

Opinion: California should be appreciated for what it really is

Be the first to comment on "Pro Vs Con: Should online retailers have to pay the same tax rate as brick-and-mortar businesses?"