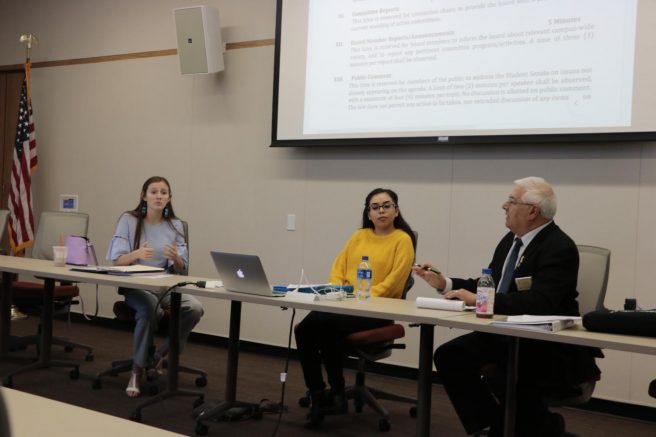 The Associated Student Body Student Senate met Oct. 5 to discuss an adviser replacement, the swearing in of new student senators, decisions on public comments and establishing a committee for the advocacy campaign.

Advisor Frankie Johnson opened the meeting with announcing her departure from the adviser position.

“I want to mention that, this one hurts my heart a little bit, that … I will no longer be the Associated [Student] Body Senate advisor,” Johnson said.

Johnson said working as adviser was important time she spent at ARC. She said she appreciated the board and hoped they would keep working on their goals as usual.

After the swearing in, Rico-Chavez said the new senators could now officially vote. The meeting moved forward to the unfinished business agenda with the advocacy campaign.

The advocacy campaign was created to promote ASB at ARC and to recruit more students.

Johnson suggested they form a committee to get a better idea of what they need do and to make the campaign happen successfully.

The board accepted the suggestion and formed the committee and Rico-Chavez confirmed the approval of the committee.

“The chairman will be senator Eduardo Anguiano and they will work on creating ideas for the applicants who campaign and will report back to the board at the next meeting,” Rico-Chavez said.

The committee, formed under Anguiano, will provide more information and a clear strategy to the board in the next meeting on Oct. 12.

Be the first to comment on "New ASB student senators sworn in, adviser steps down"