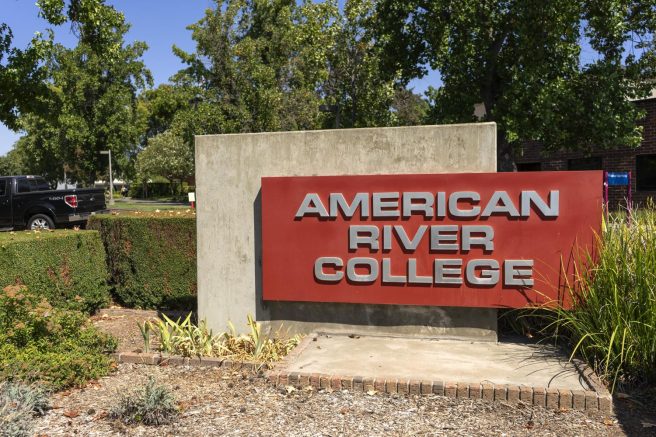 A study by Cheap Car Insurance named the area around American River College one of the deadliest in the nation for alcohol-related motor vehicle deaths. ARC Public Information Officer Scott Crow said that the campus’ proximity to major roadways is to blame and the data does not reflect anything about the nature of the school or its students. (Photo courtesy of Luis Gael Jimenez)

A recent data analysis conducted by a car insurance company found the American River College main campus vicinity to be the fifth deadliest in the nation for alcohol-related driving deaths, according to a story published by the Sacramento Bee Wednesday.

The article references, but did not initially link to, a study conducted by Cheap Car Insurance that ranked ARC fifth, with 87 reported deaths between 2012 and 2016, after analyzing data collected from a 3 mile radius around rural, suburban and town schools, and a 1.5 mile radius for city schools.

The analysis found that between 2012 and 2016, 4.3 percent of all car accident fatalities happened within a 3 mile radius of a non-city college; of these, 25.4 percent tested returned a blood alcohol content level above the legal limit of 0.08.

In addition, 3.5 percent of fatal accidents happened within a 1.5 mile radius of a college located in a city, with 28.2 percent of returned BAC levels over the legal limit.

Not everyone agreed with the Bee’s interpretation of the study. ARC’s Public Information Officer, Scott Crow, said the school was disappointed in the Bee’s lack of clarification in the article since the data references the geographical area around the campus and not the school itself.

Crow also said he recognized that ARC is surrounded by high traffic areas. Auburn Boulevard, Madison Avenue, and Interstate 80 are included in the radius around the school.

“The story doesn’t even specify which ARC campus it’s referring to,” Crow said, as ARC has multiple off-site satellite campuses.

The study looked at all public and private nonprofit colleges with at least 5,000 students enrolled, using data provided by the Integrated Postsecondary Education Data System, through the National Center for Education Statistics (NCES). According to its website, “NCES is the primary federal entity for collecting and analyzing data related to education in the U.S. and other nations.”

Crow said he sent a statement to the Bee on behalf of ARC asking for clarification. Crow provided the Current with a copy of the statement.

“We feel the headline and lead are misleading,” he wrote in the statement.

“We are disappointed that this story prominently places American River College in the headline and lead when the ‘study’ (which is not linked in the story) actually refers to potential data related to the geographical area near our main campus,” Crow also wrote. “The second paragraph refers to that radius but the headline and lead imply that all of the 87 reported fatalities are connected to the college community in some way.”

According to Crow, the Bee did not reach out to ARC for comment therefore the school was unable to provide any context to the data or the study.

The Bee has since linked the Cheap Car Insurance study in the article but has not made any other changes to the story.

Crow emphasised the priority of the school and the Los Rios Police Department to encourage safe driving.

“Any alcohol-related fatality in our Sacramento community is a sad tragedy,” he wrote. “We can all do more to encourage safer driving in our community … We will continue to do all we can to educate our campus communities about the importance of safe driving.”

Update: The Sacramento Bee has modified the headline and first paragraph of the article to clarify that the study refers to the area around American River College.