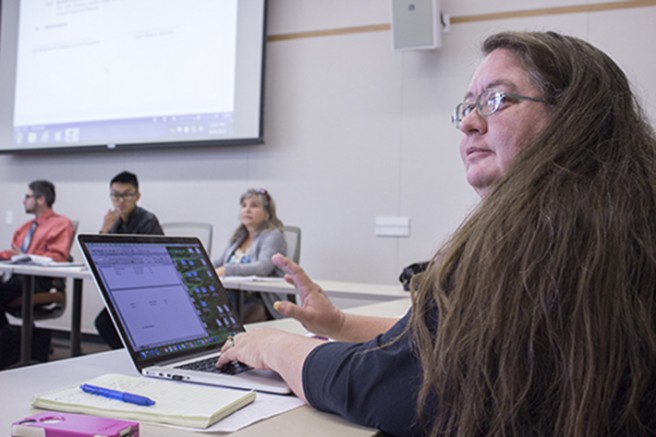 A petition was filed Tuesday by American River College Student Senate Vice President Valencia Scott, calling for the removal of Tamara Dunning, director of communications, after allegedly “unprofessional” and “disruptive” comments were made during a Senate meeting on Jan. 14, according to the Senate President David Hylton.

Scott filed the request after Dunning allegedly stormed out of the meeting, when several board members refuted her claim that the board was violating the Brown Act.

The Brown Act is an act of the California State Legislature that guarantees the public’s right to attend and participate in meetings of local legislative bodies.

Dunning believed the Senate violated the act by discussing potential action items without properly informing the public about the meeting.

After Dunning left the meeting, the board no longer had the proper number of members present to meet quorum and were forced to adjourn.

“She (Dunning) continues to perpetuate behavior that hinders the Senate from functioning efficiently,” states the petition filed by Scott. “Her disruptive conduct instigates an infighting that leads to dissension within the board and her actions make for a toxic and severely unproductive environment.”

Scott agreed that Dunning had expressed concern that the action being taken would constitute a Brown Act violation; however, the action Dunning referenced was not actually being discussed.

“It was made clear on multiple occasions that this was a misconception, that there was no action being taken,” Scott said. “Despite this explanation, Dunning became increasingly combative … to the point of blatant unprofessionalism … and pointedly disrespected President Hylton.”

According to the petition, Dunning said, while exiting the meeting, “You [all] aren’t at quorum, which means this meeting is forcefully adjourned.”

However, in an audio recording that the Current took of the meeting, Dunning’s only exiting statement was, “This is not the first time this issue has happened (and) you now have no quorum.”

After the meeting, Dunning said that her intentions were not to forcibly end the meeting, but that she did not want to be present for potential violations.

“I will never knowingly be a part of Brown Act violations,” Dunning said. “The legislature clearly states that we cannot talk about possible action if we do not notify the public correctly and (Student Senate President David Hylton) didn’t.”

Clubs and Events Board President Justin Nicholson pointed out that the inability of certain board members to work together is the main cause of the board’s lack of productivity.

After the meeting, Nicholson agreed with other board members that Dunning acted “unprofessionally,” but said that there is validity to the issue she was bringing up.

“Though Tami was rather exuberant and unprofessional, her issues are valid and we must meet her halfway and recognize that,” Nicholson said. “We, as an organization, are held to a high level of conduct and if we were going to break Brown Act and violate it in some way we need to deal with that.”

The petition calls for a judiciary committee to meet and deliberate on potential suspension or removal of Dunning, which is lawful under the Associated Student Body bylaws.

However, the ASB Constitution states that removal of an officer can only be possible through a recall election, and, in the instance that the ASB constitution and bylaws conflict, the constitution takes precedence.

Jordan Schauberger contributed to this report