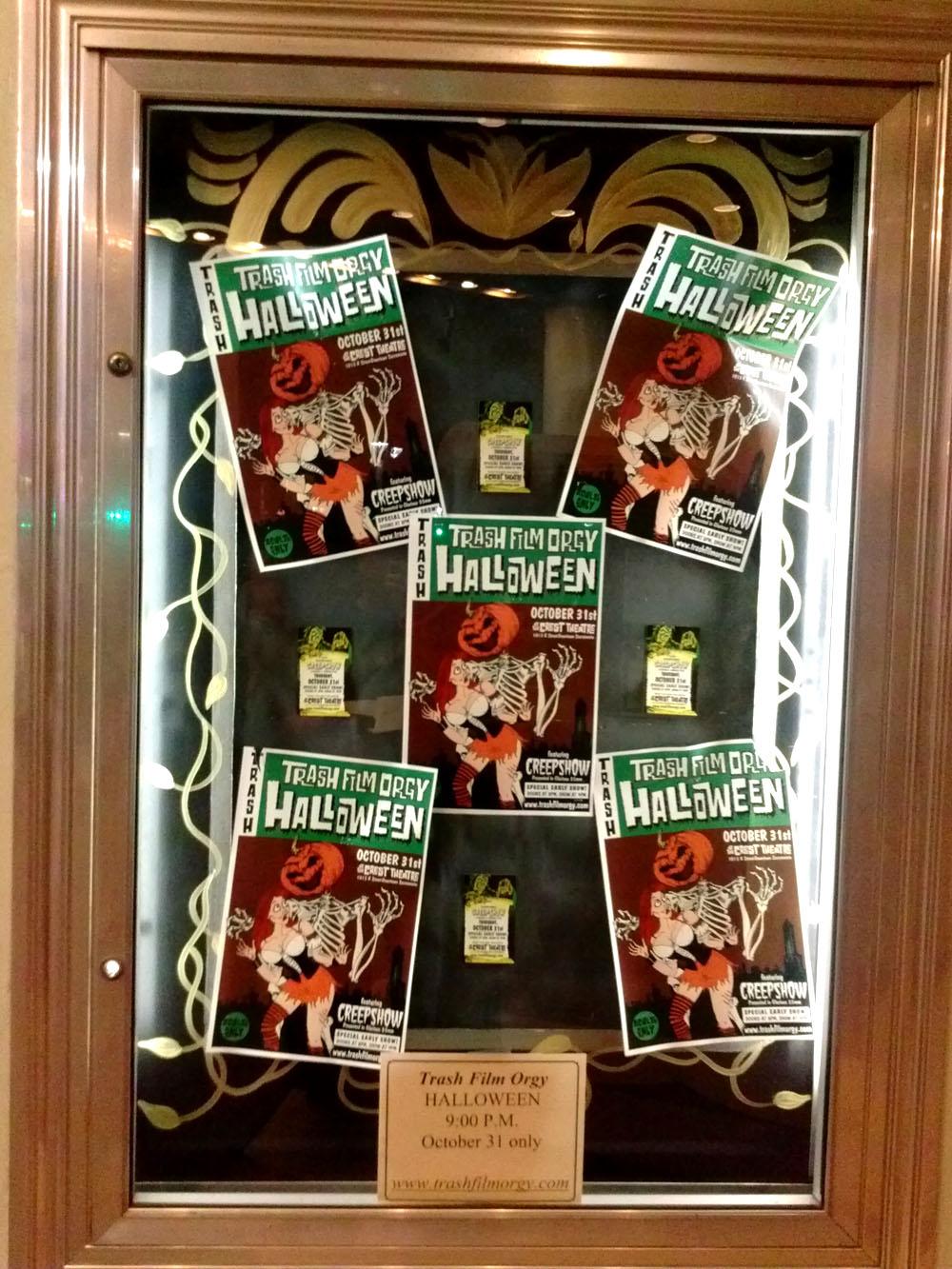 For ten years, the haunted historic Crest Theatre in Sacramento has occasionally sounded with screams, cries, yells and laughter.

For Halloween this year, TFO held a vote on its Facebook page to determine the movie to be shown. The winner was George A. Romero and Stephen King’s cult classic “Creepshow.” If not for Halloween being a Thursday this year, they could have made it a “Creepshow” triple feature and few attendees would likely have minded being there until the sun rose on Dia de los Muertos.

Preceding the show, TFO had also arranged an “Adult Trick or Treating” event along K Street. It was presented like a scheduled and sponsored pub crawl, starting at Henry’s Lounge, then moving onto Marilyn’s on K, Oishii Sushi, Dive Bar, Pizza Rock, Tequila Museo Mayahuel, and finally Crest Café for bobbing for apples, music, balloons and other festivities as the crowd waited for the doors to open, letting them pour into “Trash Street” for even more. Businesses had drink specials and complimentary appetizers, or sometimes just candy. The chicken enchilada on tortilla chips appetizer at Mayahuel’s was especially good. The perfect combination of spicy sauce and salty cheese on blue corn tortilla chips complimented a margarita superbly.

On Trash Street, a row of “houses” were set up. Trick or treaters would first walk by the TFO merch table displaying  posters and DVDs of TFO productions for purchase. The first table of trick or treating held bags (in case the juvenile delinquent at heart missed acquiring one from the pub crawl) and cupcakes provided by Chef Rachel from Revolution Wines. Then participants could progress to a house where a sorcerer and his assistant cursed them with mad libs. If they could meet the conditions to break the curse (or just, well, lie), they then won a prize! The prize of questionable taste (“vintage” porn) was provided by From the Land Beyond. After that, a man in scrubs oversaw a game of “pin the organ on the person,” with more prizes.

Another door down, a vampire handed the trick or treaters three origami bats to toss through a goal for a prize of a comic provided by World’s Best Comics. Finally, a skeletal pirate orchestrated a game of matching for a prize of assorted goodies. A trick or treater got one shot, but given that the cards weren’t mixed between plays, it was all too easy to win a free small popcorn from the concession stand.

Patrice Burnett dressed as an “innocent” school girl later plays a part in the pre-movie stage show, where, but for the intervention of Dr. Hamworthy, she nearly tempts the Horror Comics-reading Billy into sampling her… “candy.” (Photo by Korbl Klimecki)

Tim Pelesky dresses as a cartoon character few will remember, but many may recognize—Mighty Max.

Be the first to comment on "Trick or treating and scary movies, with adult flair"